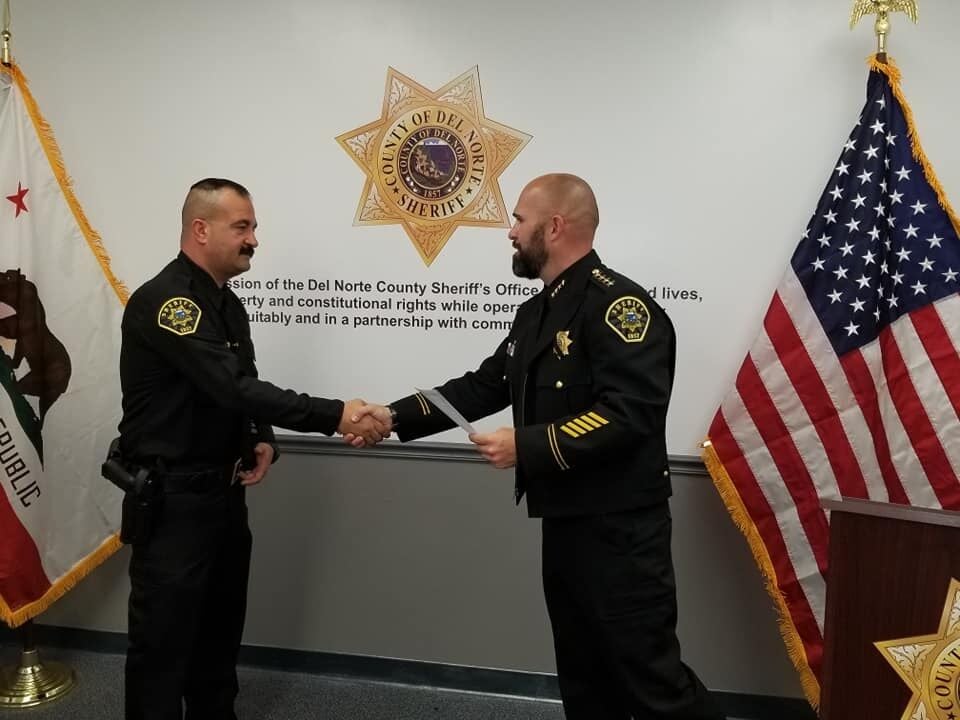 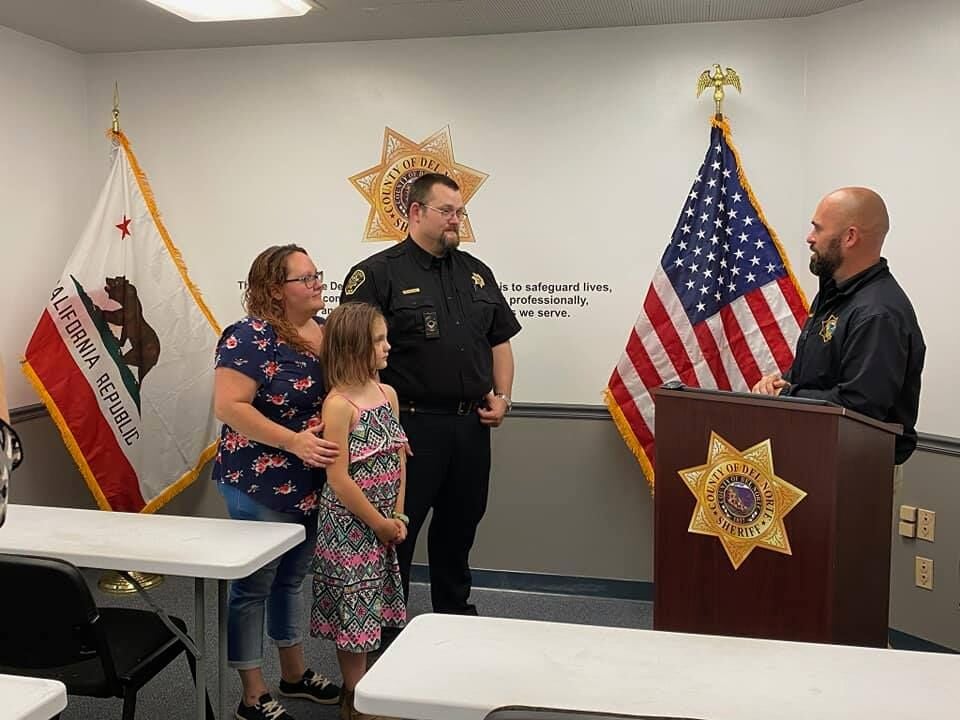 Ourjanian comes to Del Norte County after a three-year tour with the Sierra County Sheriff’s Office.

Ourjanian started his law enforcement career in 1990, working for the Southern California Rapid Transit. He also served with the Los Angeles County Office of Pubic Safety before going to work for the City of Weed Police Department in 2000. At the WPD, he rose in ranks to sergeant and among his duties was field training officer.

Ourjanian has also served in the California Army National Guard from 1991 through 2012. Meanwhile, from 2008-16, he was employed by the U.S. Department of Veterans Affairs.

“I appreciate the vast level of experience Deputy Ourjanian brings with him and I am grateful he has chosen to serve our Del Norte Community. I truly believe he will be an excellent addition to the DNSO team,” Apperson said on the department’s Facebook page.

Ourjanian is joined in Del Norte with his wife Nicole and son Christian.

Stevens grew up in El Cajon, California and moved to Del Norte County in 1997. He is a graduate of Sunset High School and College of the Redwoods Police Academy.

Stevens started his career with the DNSO in 2010 as a dispatcher. He then served as a correctional officer and was promoted to correctional sergeant. He was also assigned to the court security team while transferring to the operations division. While on patrol he became a field training officer and was often the shift supervisor.

Stevens will be supervising the Del Norte County Jail, under the command of the undersheriff and sheriff.

His wife Meagan and their daughter joined him at the ceremony.

“I have worked with Stevens for several years now and I believe his strongest quality is his ability to be a problem solver,” Apperson said. “He’s a sharp individual with strong leadership skills and always presents himself as direct, honest and objective. I also know his heart has always been in corrections and I’m confident he will do well.”