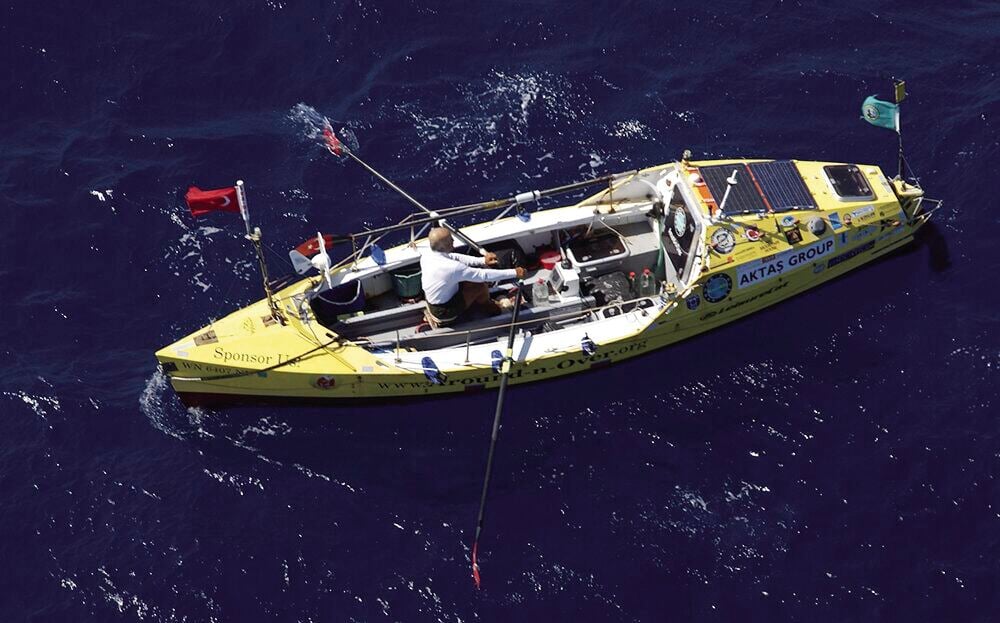 Eruc rowing on the Indian Ocean just northwest of Madagascar in November 2010. 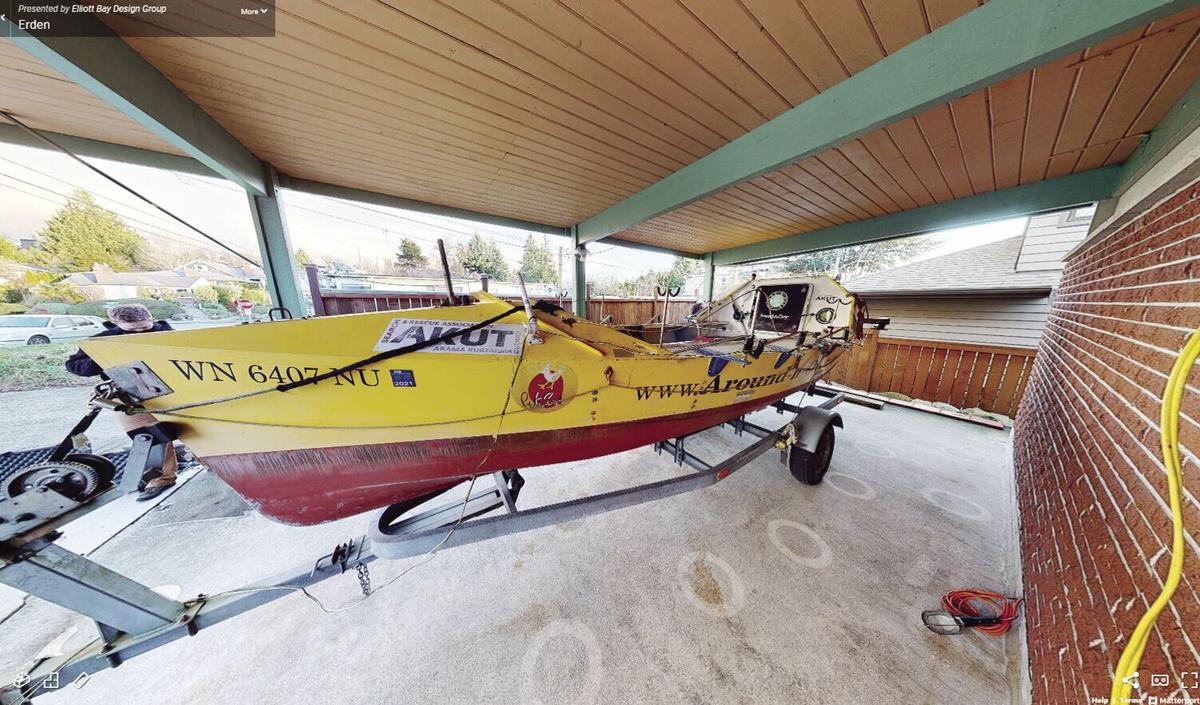 Eruc's vessel is a 24 ft. plywood racing rowboat, which holds a record of its own with 1200 days at sea.

Eruc rowing on the Indian Ocean just northwest of Madagascar in November 2010.

Eruc's vessel is a 24 ft. plywood racing rowboat, which holds a record of its own with 1200 days at sea.

Row, row, row your boat gently across the Pacific Ocean.

Erden Eruc, a 59 year-old Turkish-American explorer, rower and world record holder, plans to row roughly 6,900 miles from Crescent City to Hong Kong. He will launch from Crescent City later this month and expects to make landfall on Hong Kong shores in March 2022.

Eruc said he’s already designed the route but keeping on schedule will be important.

Some would consider this the trip of a lifetime, but it is just a segment in Eruc’s storied career of human-powered travel. In 2012, he completed a more than five-year journey which amounted to the first solo circumnavigation of the globe by human power. Meaning, Eruc traveled around the world and back — launching from Bodega Bay in 2007 and landing there again in 2012 — by means of rowing, kayaking, hiking and biking.

Eruc holds other Guinness World Records also, including the first person to row three oceans and highest career days at sea for a solo rower with 844 days. He said remaining flexible and preparing for expected challenges are keys to success when rowing across oceans.

“First, survival is at risk, arrival is at risk, one’s self is at risk. All of these things are making this a high-risk activity,” said Eruc. “Knowing that, one has to be prepared. The boat has to be well-stocked and redundancies have to be carefully considered; knowledge has to be in place.”

His vessel is a 24-foot plywood racing rowboat, which holds a record of its own with 1,200 days at sea, totaling Eruc’s past journeys and those of other rowers.

Right now, he’s putting some finishing touches on the boat, as well as packing it with freeze-dried food, which is his preferred snack due to its light weight. Eruc will also bring along a satellite phone and modem for communication, among other things necessary for a long row, like protection from chafing.

Once Eruc arrives in Asia, he will travel by bike and foot to the base of Mt. Everest, which he plans to summit in the fall of 2022, as part of his Six Summits Project.

The Six Summits Project is Eruc’s goal to summit the tallest mountains on six continents. He has already climbed three of them: Mt. McKinley in North America, Mt. Kosciuszko in Australia, Mt. Kilimanjaro in Africa.

“It’s a long-term goal and the short-term performance and goals are all aligned toward that long-term vision, this is the only way to get these long-winded projects done,” said Eruc. “Everything I do every day needs to get me farther ahead, and that’s the only way that one can make progress in these long-term projects where you can lose sight of the goal... Focus on the journey, really.”

The project began as a result of the death of Eruc’s friend and supporter, Goran Kropp, who died in a climbing accident in 2002. Eruc was climbing with Kropp the day he died.

Since then, Eruc has used his grief to bring attention to mental health issues among outdoor enthusiasts. For his upcoming trip, Eruc has teamed up with the Ocean Recovery Alliance to highlight plastic pollution in the oceans.

During his previous circumnavigation, Eruc was also tasked with crossing the Pacific. However, high winds blew him off course, and a looming monsoon season in Asian seas forced Eruc to pause his journey for five months.

While the two-step journey did not break Guinesses’ rules, Eruc is eager to cross the Pacific again, this time nonstop and unassisted.

“A huge part of this is digesting what is to come, and digesting that loneliness, or solitude...will be part of the game and self-reliance will be the name of the game.”

The Triplicate will be tracking Eruc’s launch, as well as his journey across the Pacific. To track Eruc’s journey on your own, visit his website tracker at http://www.erdeneruc.com/tracking

What steps have you taken to prepare for wildfire season?

Mask or not? Californians now have a choice

Fire district assessment fails by less than a vote

Mask or not? Californians now have a choice

Fire district assessment fails by less than a vote