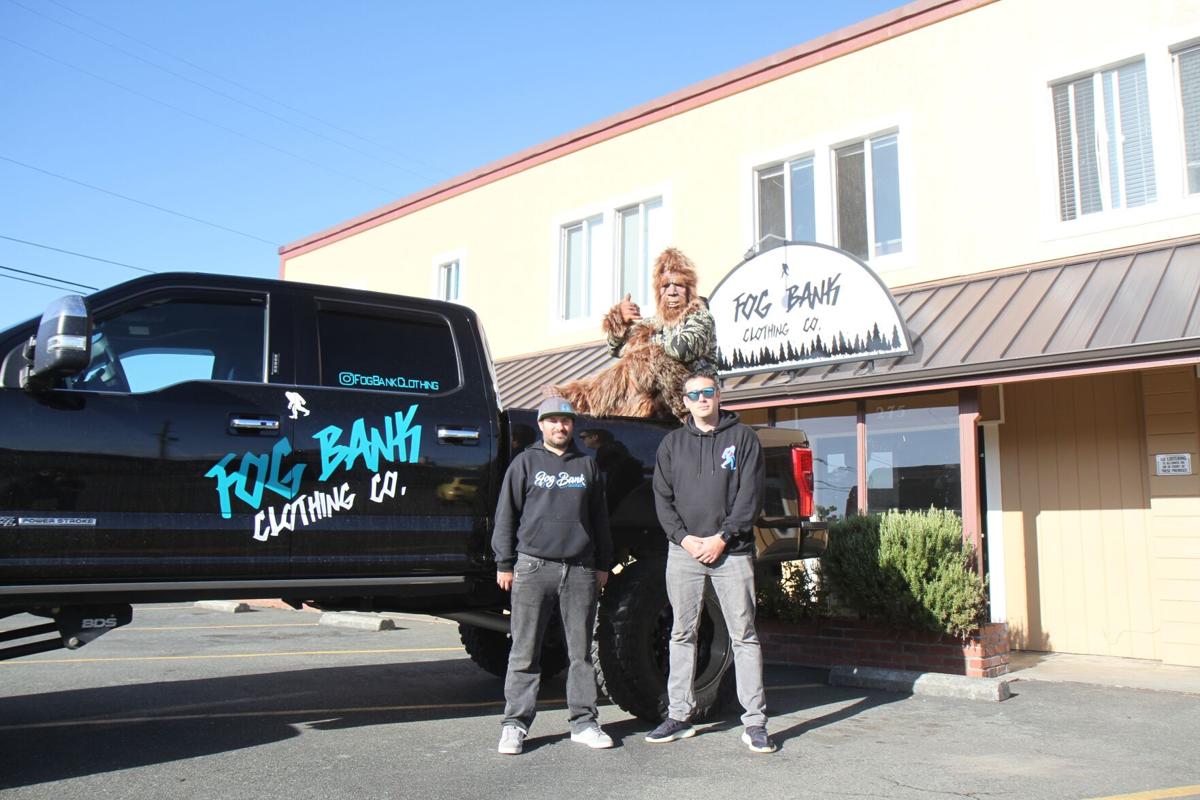 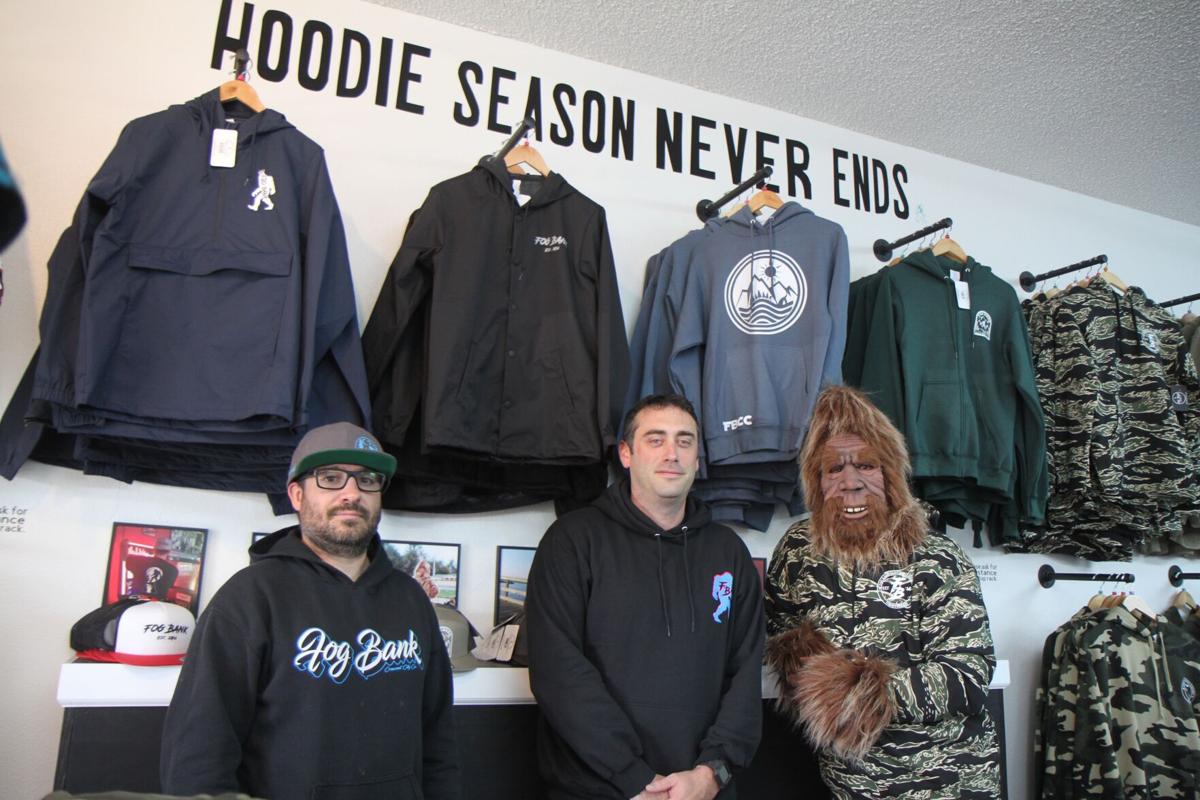 After selling out of a backpacks during the 4th of July and other popup locations, Tommy Burley, Joe Hanks and Fred Victor transitioned their business online — fogbankclothing.com.

Come 2020, they were ready to take the next logical step to move their product into a brick and mortar business.

But why now when the online model had been working so well?

“To get the stuff out of Joe’s house,” Burley deadpanned.

Sitting in their new location at 275 L St. in Crescent City, Burley and Hanks admitted they almost got off to a bad start with plan A.

“Originally, we thought about purchasing a building in town. We didn’t originally want a landlord controlling what we were doing,” Hanks said. “We were so lucky, because I think it was like two weeks before COVID. We went and looked at a building, thinking ‘should we buy this?’ We were talking about pulling out of our 401k’s. Two weeks later the shutdown happens. You were texting me and were were like, ‘whew.’”

Burley said they looked at the old Robin’s Nest building next to Los Compadres.

“We had a really good feeling. I remember sitting there in the Robin’s Nest parking lot thinking there’s nothing that could stop us. Maybe like a tidal wave,” he said.

It may have not been a literal tidal wave, but the coronavirus lockdown bowled over many businesses statewide. But they weren’t worried.

“Because of our model, we would have figured out a way to continue to sell online,” Burley said.

Hanks said Fogbank actually had some of their best months during the lockdown.

“I work for UPS. The lockdown happened and I just went to work,” he said. “The volume in Crescent City went through the roof. Our website was pumping out orders every day.”

Burley, a network engineer (with Victor a full-time student in Chico State University’s RN program) said their 4th of July art contest was a massive hit, leading to their best month ever on their website selling the winner’s t-shirt design.

Hanks said their current landlord, Gordon Pepper, then hit them up out out of nowhere giving them an offer they couldn’t refuse.

“We decided to go all in, make a go of it. It was kind of sketchy, with COVID going on. The website had been up and running for two years solid,” Hanks said.

It took them almost two months to get everything set up in their store before they officially opened Aug. 29. Burley said they had a line out the door and around the building.

“It was pretty insane,” he said. “But COVID helped us out in a weird way. With only being able to have six people in here at a time, that allowed us to learn our system, our processes, get things going. It wasn’t just a mad rush.”

Hanks figures it wasn’t just a good move for them, but the community needed it, too.

“I think it’s positive. It’s not just generic ocean stuff souvenirs or stuff from the next nearest tourist location at Trees of Mystery,” he said. “The response has been really positive. It isn’t Walmart. They can go get a generic hoodie, but our designs are pretty bad ass.”

Hanks does almost all of the designs and 95% get printed onsite within the shop. He added they can also customize just about any design to any one of their clothing products.

“As we come into the next tourist season, people will come and figure us out, and we’ll get more of our stuff,” Burley added.

So far, their shop is open limited hours, Thursdays through Saturdays. Customers can instant message them to set up personal appointments to shop, such as those trying to avoid expose to the coronavirus. Hanks said so far, it’s just them and their spouses as the only employees.

“None of us take a check for it,” Hanks said. “Any of the profits go right back into the community, right back into the store or into our company. We’re all working six days a week, coming in here on Saturdays, just to sell hoodies. Both our wives come in here Fridays and Saturdays selling stuff, too.”

He added that having a brick and mortar store legitimizes Fogbank Clothing Company, too.

“We can sell hoodies out of a backpack or my garage all we want, but now that we have a brick and mortar with our name out on front, people go by on the 101 and people can see this is an actual, legitimate business.”