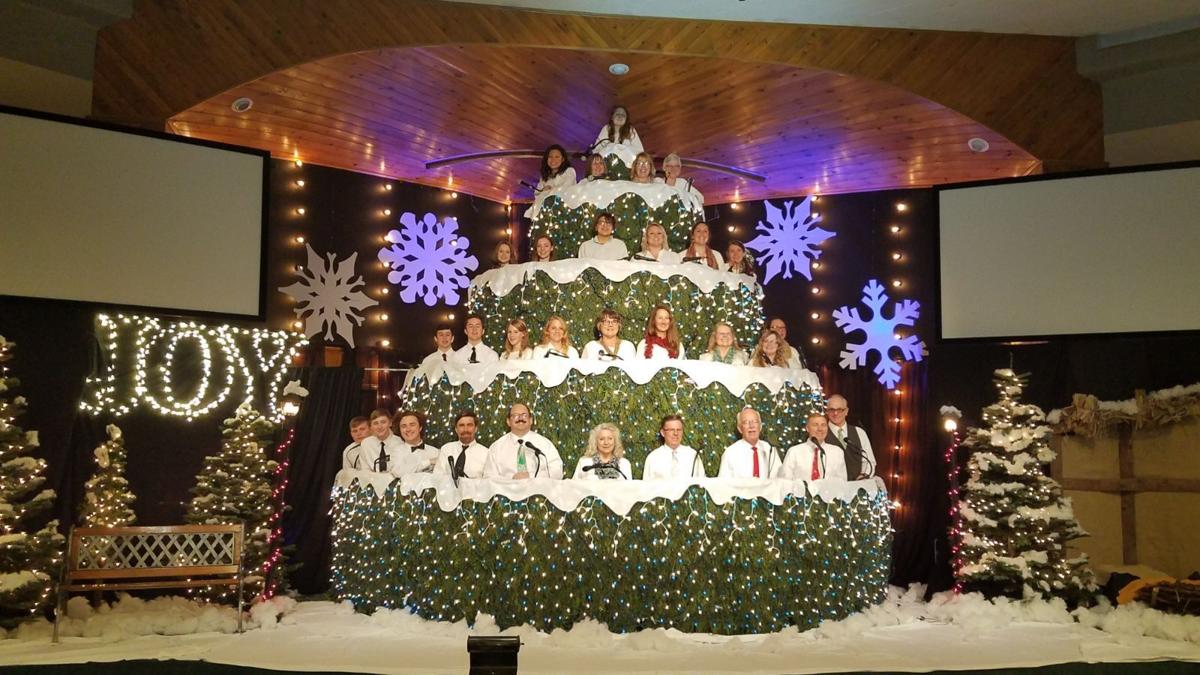 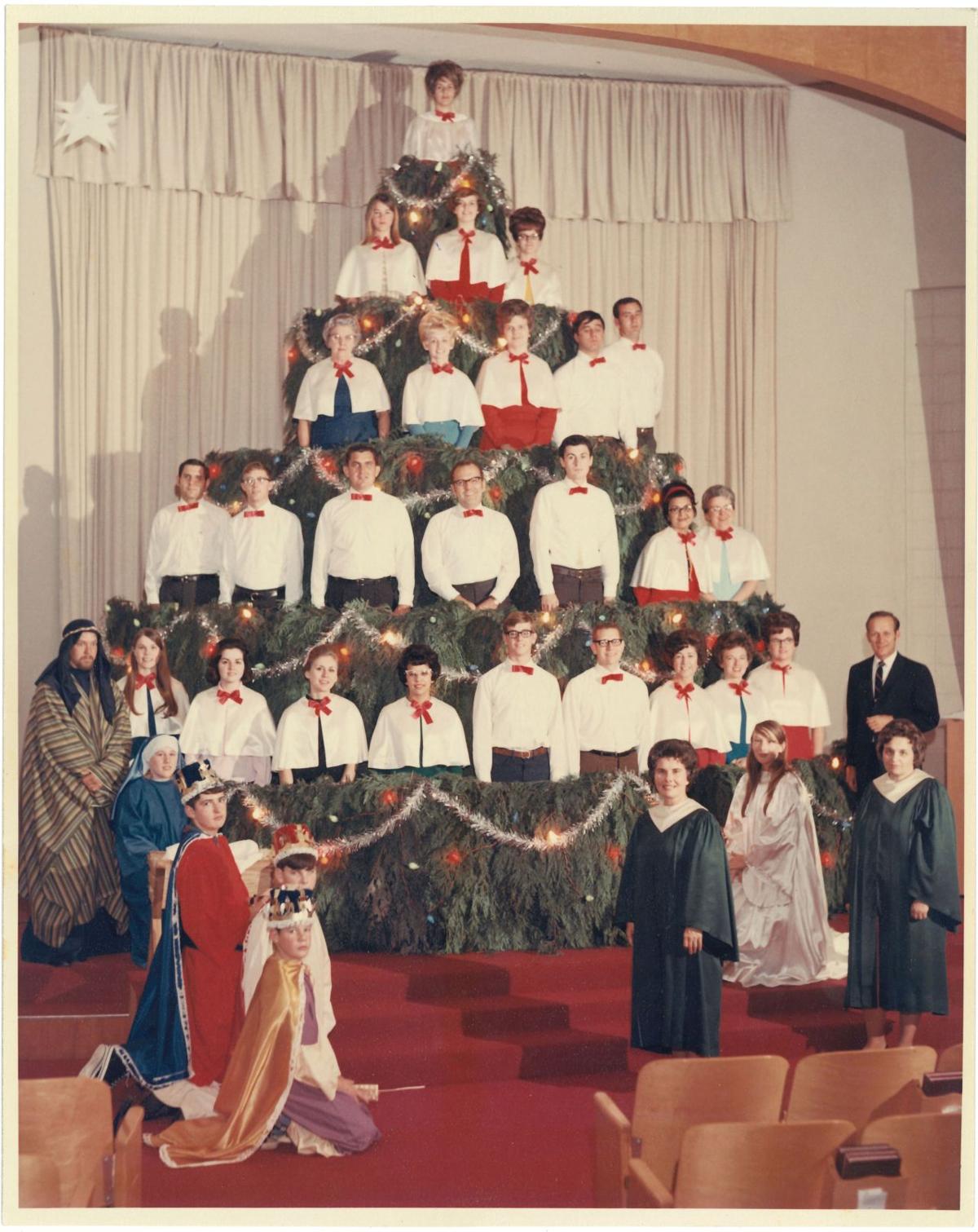 The first Singing Christmas Tree was held in the late 1960s. They missed a year or two, so this year is (approximately) the 50th anniversary.

The first Singing Christmas Tree was held in the late 1960s. They missed a year or two, so this year is (approximately) the 50th anniversary.

The Crescent City Foursquare Church presented its annual Singing Christmas Tree last weekend as a gift to the community, bringing in about 1,500 appreciative audience members.

“It’s free. They’ve never charged for it, because they always wanted it just to be a free blessing to the community,” said Reid Powell, the church’s associate pastor.

For the past 50-some years, the Foursquare Church has conducted the elaborate performance, with 30 people singing choral music atop platforms in the shape of a large Christmas tree. But that festive celebration nearly ended five years ago.

They had to cancel the performance due to a lack of male performers. The following year, they faced the same dilemma. Lavonne Powell, one of the original singers, feared the Singing Christmas Tree would become a memory. “I thought, oh, it’s dying, because not everything lasts forever,” Powell said.

She called her son, Reid, who had just moved back to town with his family and was serving as the church’s youth pastor. He promised to perform in it and managed to persuade a few of his youth group’s male students to join as well.

“We got all these young guys to come start singing, which was wonderful, because it was like fresh blood and they were excited about it,” Lavonne Powell said.

Since then, there’s been no problem bringing in the baritones, tenors and basses. This year features 15 male performers, nearly half of the total singers who fill the tree.

The Singing Christmas Tree began in the late 1960s when Charles and Dorothy Randolf suggested the performance. The idea of singing Christmas trees was gaining popularity throughout the state.

So, the church went to work to bring it to Crescent City. Singers practiced with Orla Barnes, who taught her original pieces and conducted the performance. Others worked on building the tree frame, which is still in use today.

With a bit of creativity, they created a five-platform, half-circle stand and hung cedar branches through chicken wire to make it appear to be a tree.

Back then, the performance was more focused on the vocals rather than the lights. The few lights strung on the branches had pieces of colorful tinfoil wrapped around them for a more-festive feel.

While the modern performance still focuses on the singing, they’ve added a light show to the entertainment. The tree holds more than 25,000 lights that are manually operated to match the music throughout the performance.

Each year, it takes the congregation nearly a week to put together the massive tree, hang all the decor and string the lights. The result is a spectacular light display.

The singers begin rehearsing in mid-September by practicing music the church has purchased, which comes with a CD orchestra and practice CDs for each performer. This year, however, some of the original singers also performed songs composed by Barnes as a tribute to the 50th anniversary.

Carrie Schmidke, a member of Foursquare, directed the singers.

As with any production, bloopers occur … people dropping percussion instruments or singing the wrong part. Powell recalled the mishaps with fondness, saying they made for camaraderie and cherished memories.

Five seasoned Christmas tree singers graced the stage this year, two of whom had been involved in the production since the beginning. They said they loved the tradition not only because it’s fun, but also because it blesses a community they hold dear.

“I love it. I love the message. And we do something different almost every year,” said Debbie Kleinsasser, who joined in 1979.

“It just blesses me, and to see the response of the people coming… just the looks on their faces. I just keep coming back.”

Warehouse off of Northcrest ignites