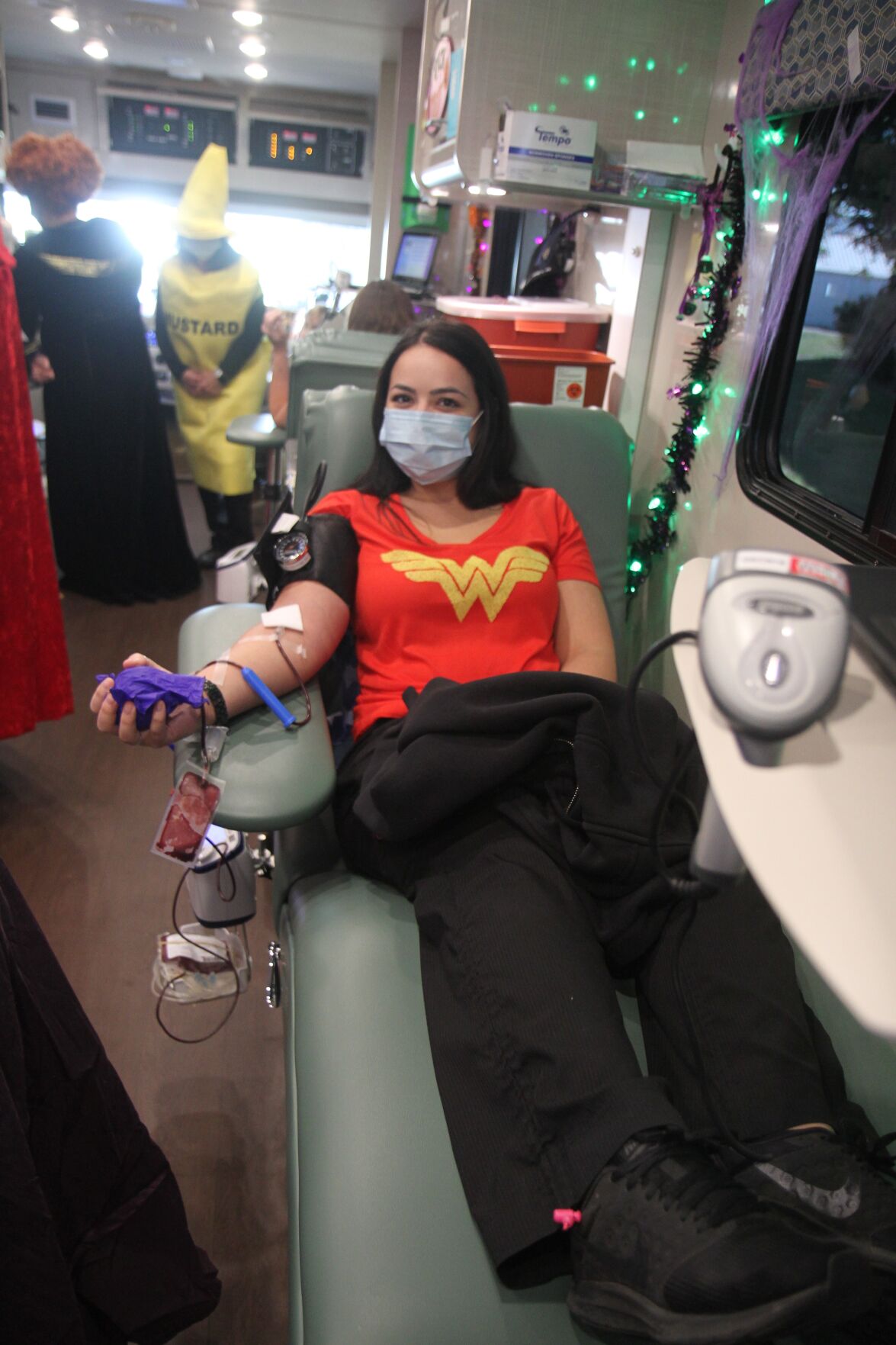 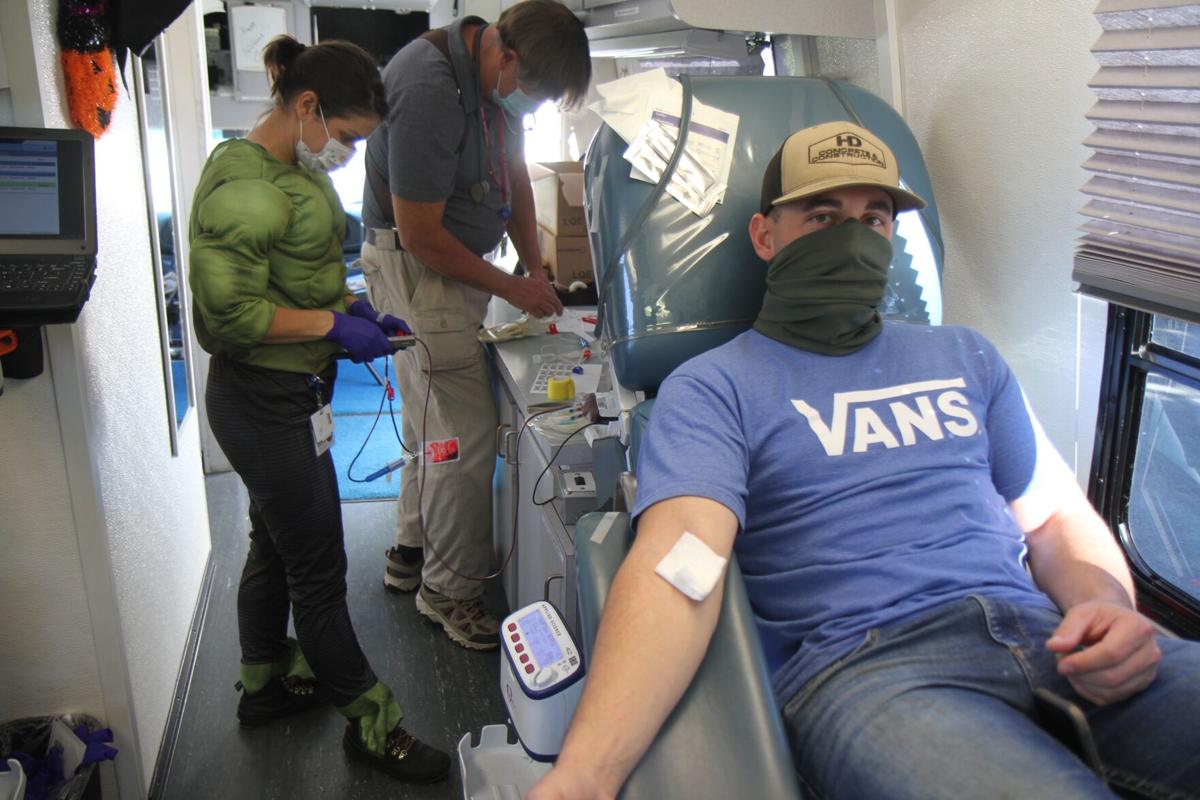 Levi Sackett, 30, of Crescent City, waits for the final approval to depart after donating for the first time in years at the Halloween Blood Drive. 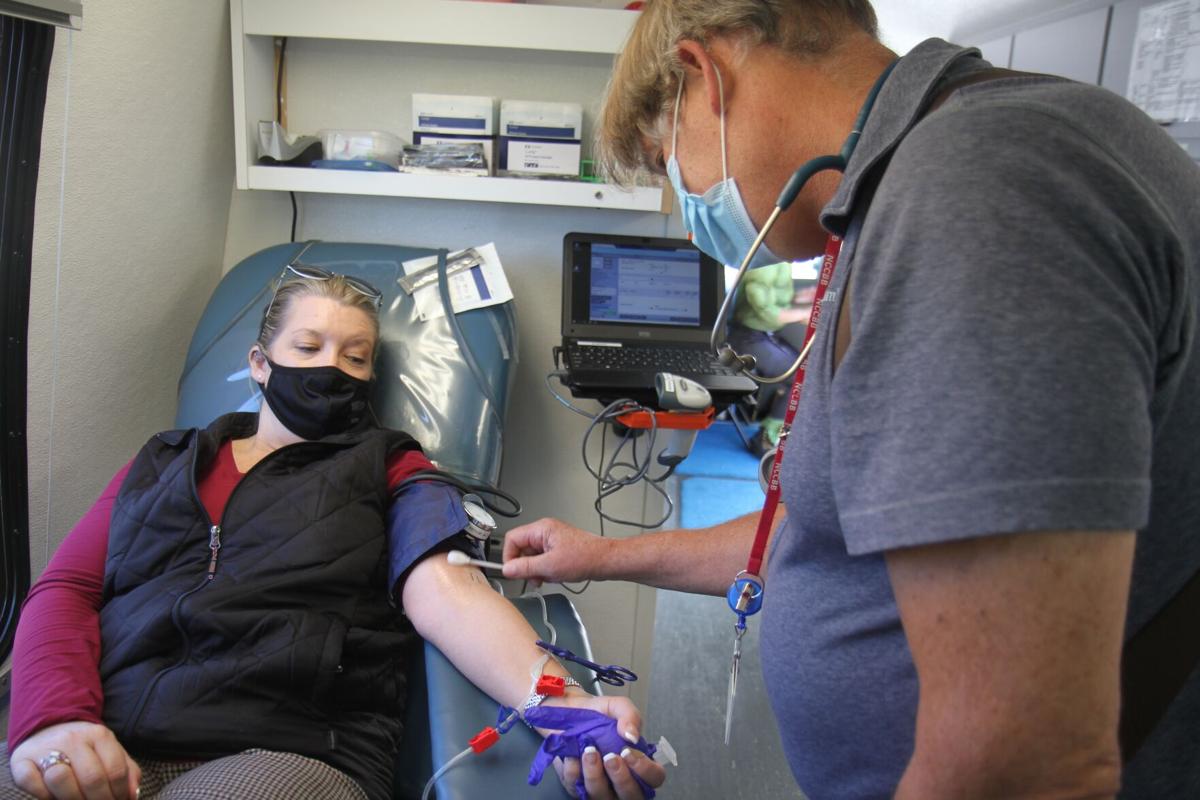 Levi Sackett, 30, of Crescent City, waits for the final approval to depart after donating for the first time in years at the Halloween Blood Drive.

For Dee Vallee, it’s scary how much the pandemic has caused a decline in donors contributing to the region’s blood supply.

“Two weeks ago, we were so critical, our shelves were so empty. It was scary,” said Vallee, donor recruiter for the Northern California Community Blood Bank. “I’ve never been so scared in all the time that I’ve been doing it. We put out a plea.”

The 29th Annual Halloween Blood Drive Oct. 30 couldn’t have come at a better time to alleviate her fears. Vallee said typically the goal is to attract 100 donors to the event. But due to coronavirus precautions, cleanup and disinfecting time between donors has slowed the turnaround time. So they were shooting for 75. Instead, they but shot past that and got 80 who signed up and 68 who were able to contribute units.

“That’s amazing,” Vallee said. “Even though we got 68 total units, they all came in, donated their time, including 12 first timers. Hopefully they’ll become regulars.”

She explained that it remains a struggle for the blood bank to host drives during the pandemic — they’ve had to cancel 135 drives because of COVID since March.

“Some of our regular donors are older. They don’t want to come in. They haven’t come in since March,” Vallee said. “Getting first-time donors is so important. And on big drives like this people who have never donated do come in.”

Crescent City resident Levi Sackett, 30, dropped in to donate for the first time in several years.

“One of my friends mentioned I should donate blood. Heard was a blood drive on Halloween,” he said.

Like Sackett, many first time donors hear of the events on the radio. Vallee said in the past, other first timers are recruited from the high schools and colleges.

But with both the Del Norte High School and College of the Redwoods campuses closed to in-person student learning, Vallee said that represents a loss of 25% of their annual blood donations.

The California Community Blood Bank had to cancel their spring blood drives and with rare exceptions, all their fall drives as well.

“So we have been trying to think of ideas to bring people in,” she said. “Like the ‘Battle of the Badge’ we had in Eureka, where all the law enforcement officers participated, from police to the sheriff’s office to parole.”

The blood bank still sends a bloodmobile up to Crescent City the first and third Tuesday of the month and to Walmart on the second Friday.

Vallee said another hit to reliable contributors was to Social Services. She said many of those people are now working from home, cutting in half regular contributions from between 15-17, to now less than 10.

Mellissa Thornton, 51, came down from Smith River to participate.

“I try to do it every eight weeks, and I participate in this one annually,” she said. “I’m able to do it. It save lives and they’re always low because a lot of people can’t donate for one reason or another.”

Luckily, Vallee said the Halloween Blood Drive gives the blood bank a reliable supply through Thanksgiving. She added the blood bank can always use O negative, as it’s universal, but only 6% population is O negative, so O positive is always a need. This drive A positive and A negative were in high demand.

Vallee added due to a national shortage from the pandemic, the Food and Drug Administration has updated its list of who is qualified to donate blood, including a shorter period after getting tattoos and removing a ban based on travel to some European locations.

For more information, go to nccbb.net.

Are you traveling this summer?