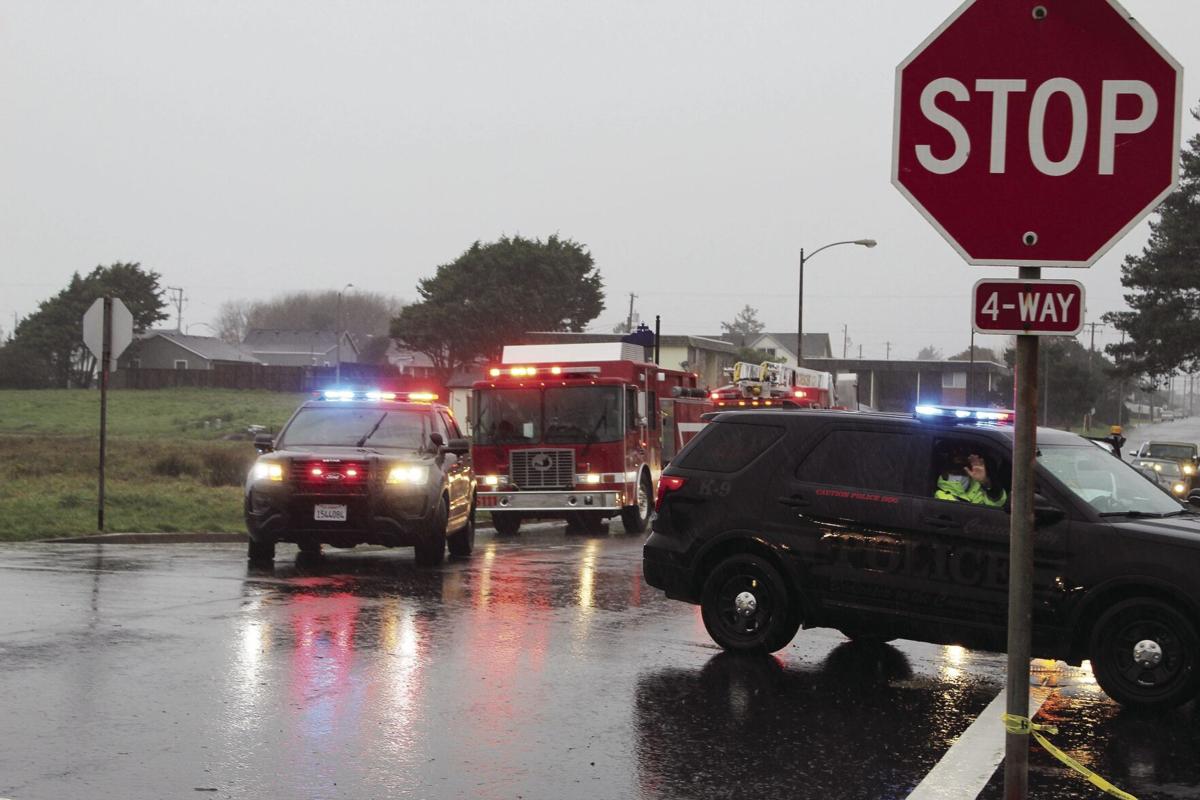 In spite of rain and heavy winds, the city council of Crescent City drove down Front Street with city employees to celebrate its reopening Tuesday. 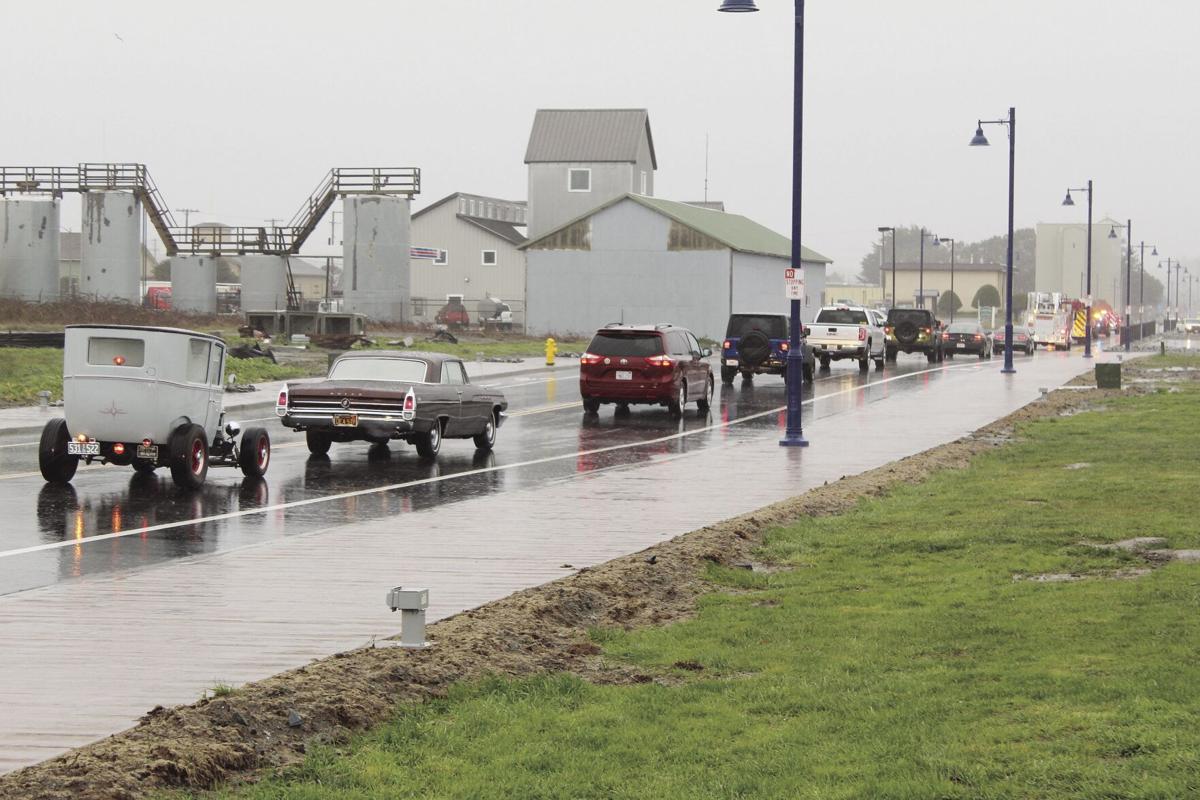 In spite of rain and heavy winds, the city council of Crescent City drove down Front Street with city employees to celebrate its reopening Tuesday.

It was a ribbon cutting only a pandemic and a winter storm could bring.

Speeches? Only through an online livestream.

The ribbon? A piece of caution tape, stretched between two road signs.

The fancy scissors used to cut it? The front of the fire chief’s truck.

Crescent City officials and residents gathered in their cars, trucks and city vehicles Jan. 26 to celebrate the reopening of Front Street after months of construction on its southwest end.

Heavy rains and high winds didn’t dampen the jovial mood of the event, which turned into a brief parade as cars lined up to drive down the street. For City Manager Eric Weir, the weather only sweetened the event.

“It says a lot about our community, too,” Weir said in an interview afterwards. “It made it all the more special to do it in what we call a ‘Del Norter.’”

As members from the Northern Knights Car Club turned down the street, the parade drove over the new pavement and improved drainage, passing a new angled parking lot and improved crosswalks which reduced the road’s size from five to two lanes.

“This is just the beginning of many wonderful things to come here for Crescent City,” Human Resources Manager Sunny Valero said as she hosted the livestreamed event.

The street had been closed since July, when the city began construction using a $4 million Community Development Block Grant — but Weir said the project has been a long time in the making.

“There’s been a lot of struggles to actually get this project under construction,” Weir said.

The biggest struggle was funding: The city applied for a handful of different grants to fund the project, most to no avail. The CBDG funds the city ended up receiving were specifically designated for the repair of the storm drain underneath.

But of course, the only way to get to the storm drain underneath the road was to tear it open. Conveniently, that gave the city the chance to rebuild the street however they wanted.

That plan covers all of Front Street, from B Street to the highway — but the construction only touched the road between B Street and H Street. That means there’s still another phase of the street left to upgrade.

Beyond fixing the street’s “major structural problems,” Wier said future the next phase of upgrades will include a meander midway through the street with landscaping in the median in an effort to break up the fast-moving road and invite drivers into Beachfront Park. A roundabout at B Street is envisioned, too.

Still, Weir said residents will have to be patient for those future improvements. The city currently doesn’t have the money for the improvements, which could cost in the neighborhood of $3.5 million.

“This is just the first phase,” he said. “It might take some time.”

That means the city will have to apply for more grants, and consider how it uses funding from new Measure S taxes.

But if they were able to fund upgrades to the southwest half of the street, Weir is confident city leaders can do it again.

“There is a way, and we will come together to find the way,” he said.

Those Measure S taxes will be a priority for the city in coming months, too. Street reconstruction is going to be a big component of the city’s future capital plans, and is one of four areas to be funded by the new sales tax revenue.

The city also extended the deadline to apply for its Measure S oversight committee to Feb. 5, seeking more applications from city residents to help guide the use of those new funds.

And after breaking through the ribbon last week, Weir said city leaders are focused on the road ahead.

“It will also hopefully be a catalyst of things to come in the future,” he said of the Front Street reopening. “There’s a lot of great potential still to come.”

What is your favorite St. Patrick's Day tradition?

Stay off back roads in winter

Libraries have played a big role in my life

Stay off back roads in winter

North Coast Fresh from the Sea

Libraries have played a big role in my life