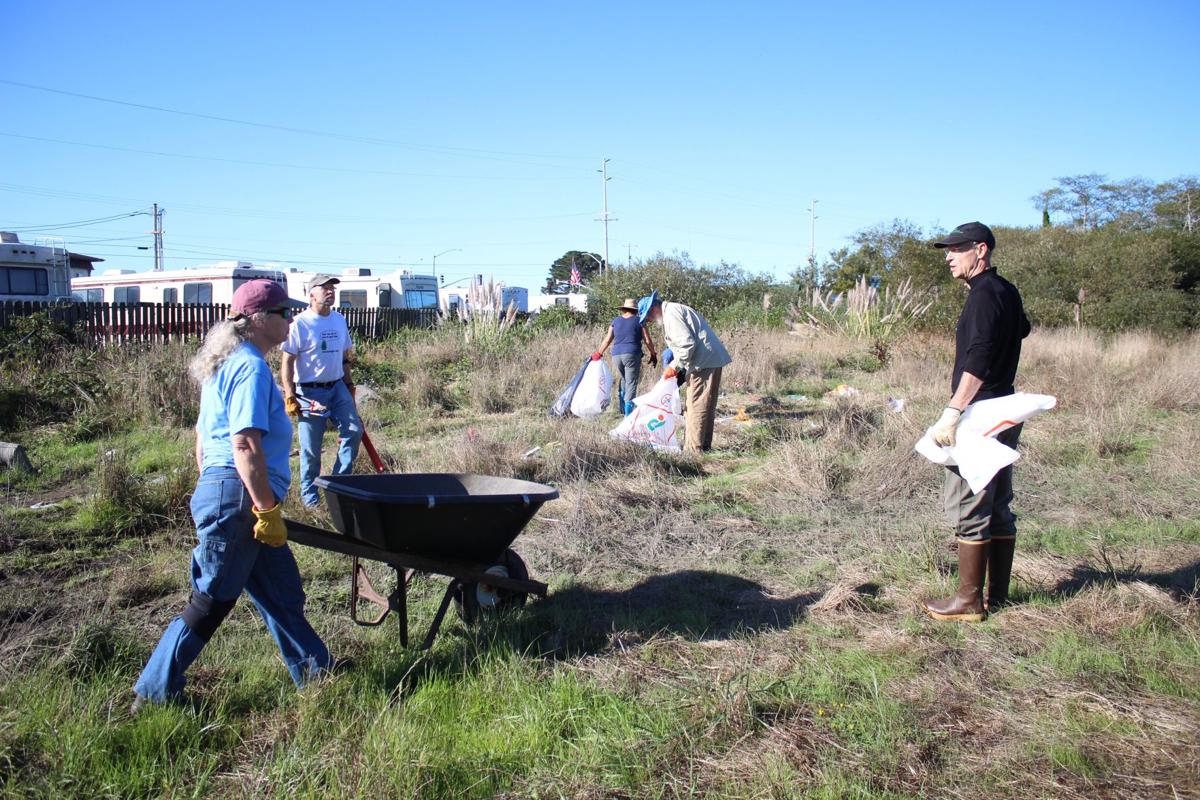 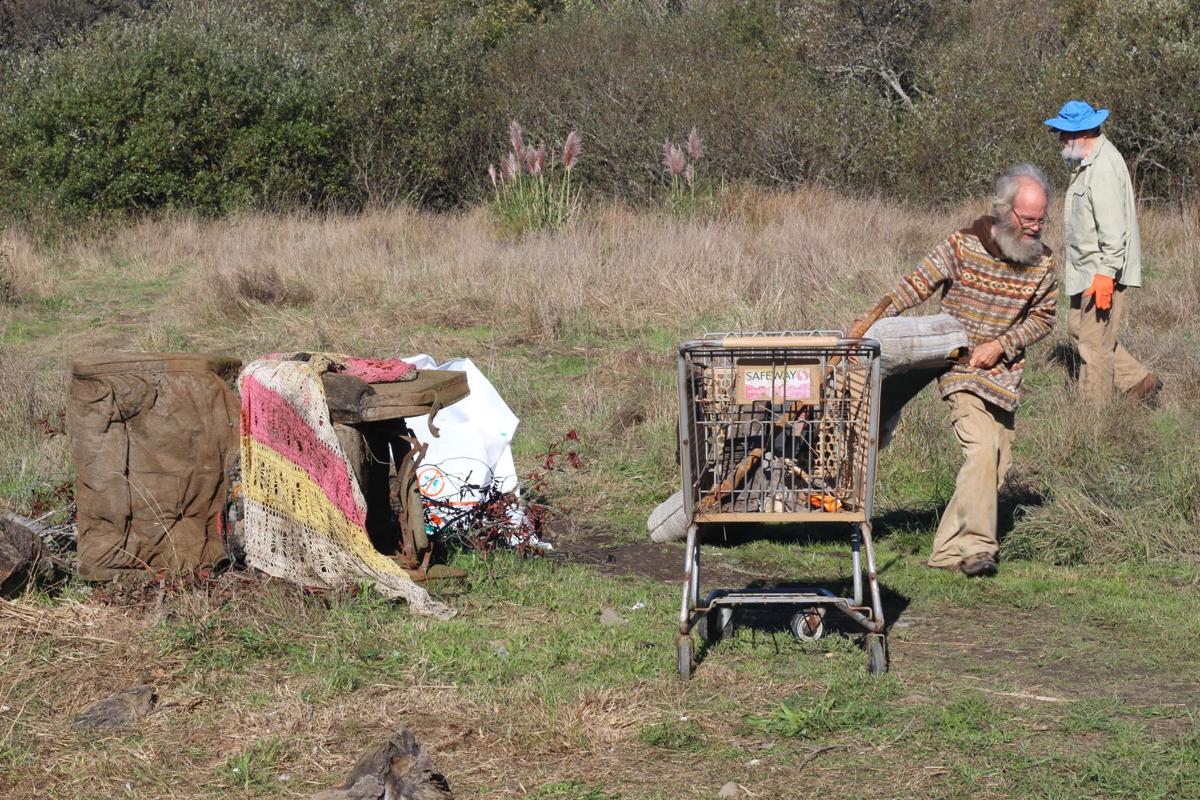 Lawrence Mason drags a couch cushion out of a field towards the Dumpster during last Saturday’s Coastal Cleanup.

Lawrence Mason drags a couch cushion out of a field towards the Dumpster during last Saturday’s Coastal Cleanup.

While the beaches and forested areas of Del Norte County bring visitors from around the world to marvel at their beauty, a closer look can reveal tons of trash piled under brush and behind rocks.

As in many coastal communities, scenic views can translate to seeing piles of trash and plastic.

“It’s just really cool to see an event that everybody can come together on, that the entire community supports cleaning up our beaches,” said Tara Dettmar, a member of the Smith River Alliance.

The alliance, led by executive director Grant Werschkull, has hosted the Coastal Cleanup for three years. Before that, the organization held river cleanups.

This year saw a significant increase in the number of volunteers, thanks in part to Crescent Elk Middle School, Joe Hamilton Elementary School and the Tolowa Dee-ni’ Nation. A successful cleanup “really takes a team,” Werschkull said.

In past years, the Smith River Alliance had seen some 50 volunteers per cleanup. This year, the total was about 830.

Due to busy schedules, schools have not participated in the cleanup in years, but this year they stepped in, said Dettmar. “We’re excited about that component. It’s new this year, after a long lapse, and it’s just exciting to get kids out there instilling some of that notion to keep their beaches clean early on.”

The Smith River Alliance split the coastal project into three sections: the Tolowa Dee-ni’ Nation cleanup in Smith River, the schools’ cleanup on Friday, and the Crescent City cleanup on Saturday.

Crescent Elk and Joe Hamilton took field trips to Crescent City’s beaches and participated a day early, since some of the sites for Saturday’s crews were deemed not child-friendly, said Dettmar.

On Saturday, Tolowa Dee-ni’ Nation hosted its section of the cleanup on a beach north of the mouth of the Smith River.

The Crescent City chapter hosted four different locations, some of them down on South Beach and others inland behind grocery stores and in ditches. Longtime cleanup volunteers tackled the trash-laden ditches and inland areas, while families and children stayed on the beach to pick up litter.

In total, the teams cleaned upwards of 6.96 tons of trash. And thanks to the Del Norte Solid Waste Management Authority, said organizers, they were able to dispose of the trash free of charge.

Yet another group stepped up to assume responsibility for the plastics found among the trash. Ellery West of Organic Essence Inc. in Crescent City led the Breaking Free From Plastic coalition, which gathered, sorted and tallied in an effort to hold major corporations accountable for their plastics production.

The group said they found most of the branded plastic waste to be from cigarettes, candy, and snack bar and chip bag packaging, and that most of the discrete waste was from soda and water bottle caps, cigarette butts and black trash bags.

“There are a lot of paper alternatives that could be used other than plastic,” said Ralph Browning, a volunteer at the cleanup.