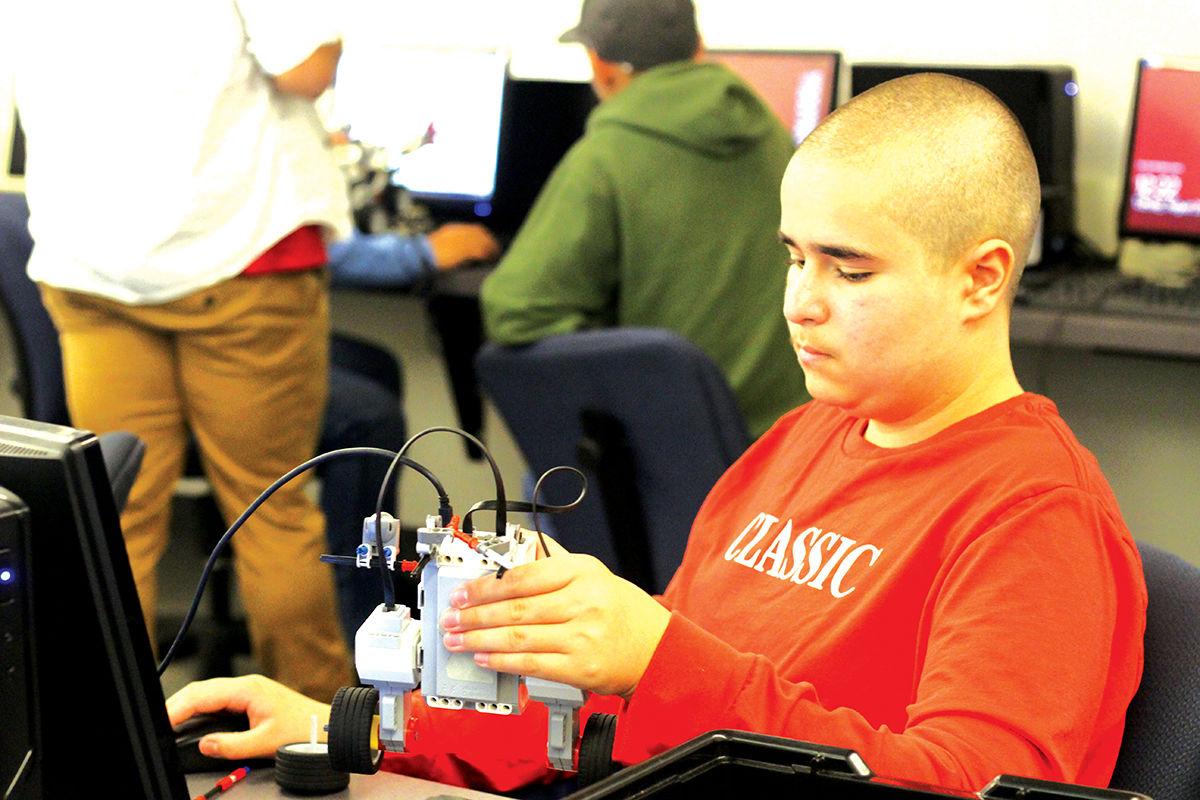 A student begins to build the LEGO frame around his robotic computer. 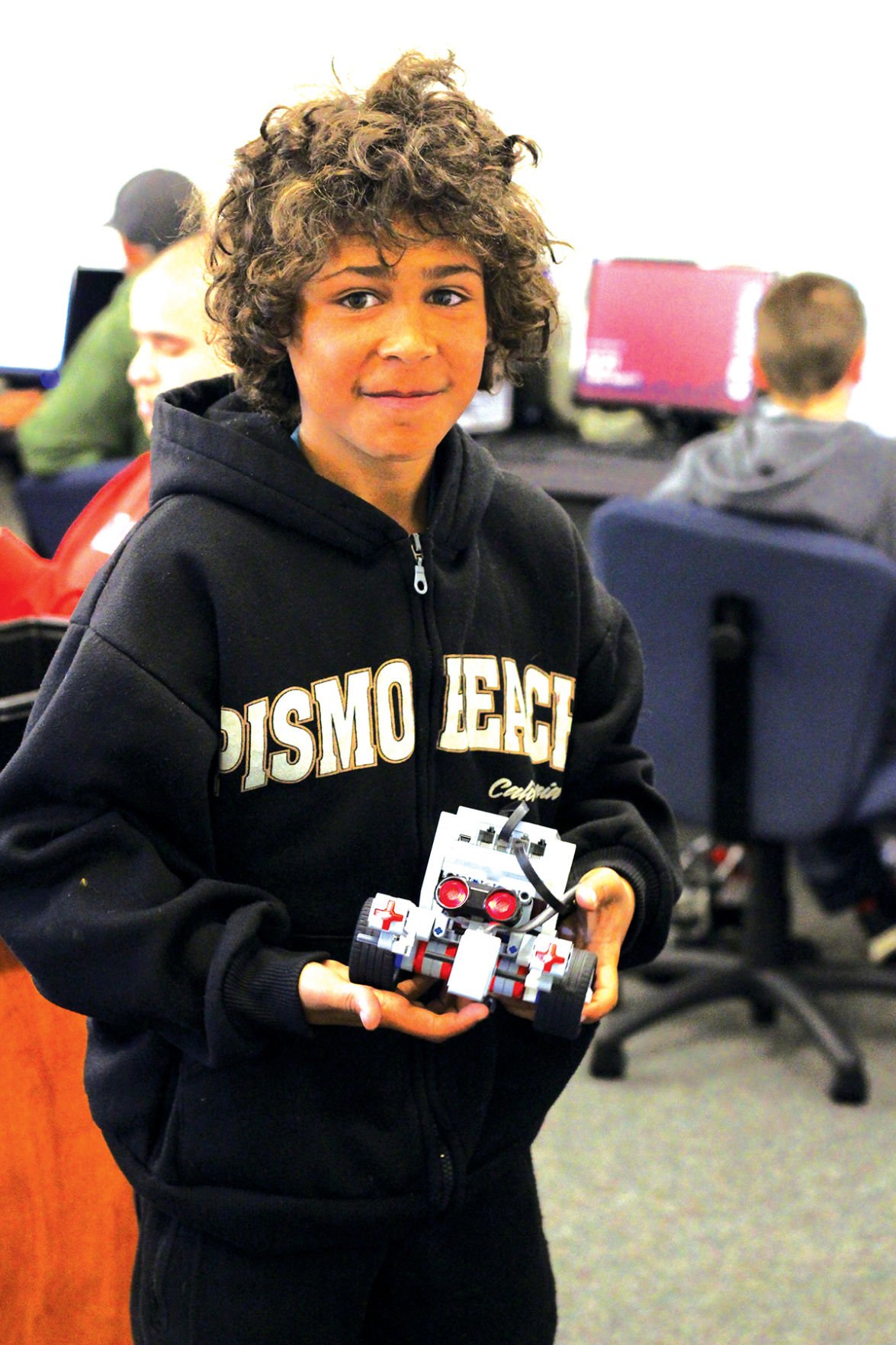 A middle school student smiles as he proudly presents the robot he spent two days programming and designing. 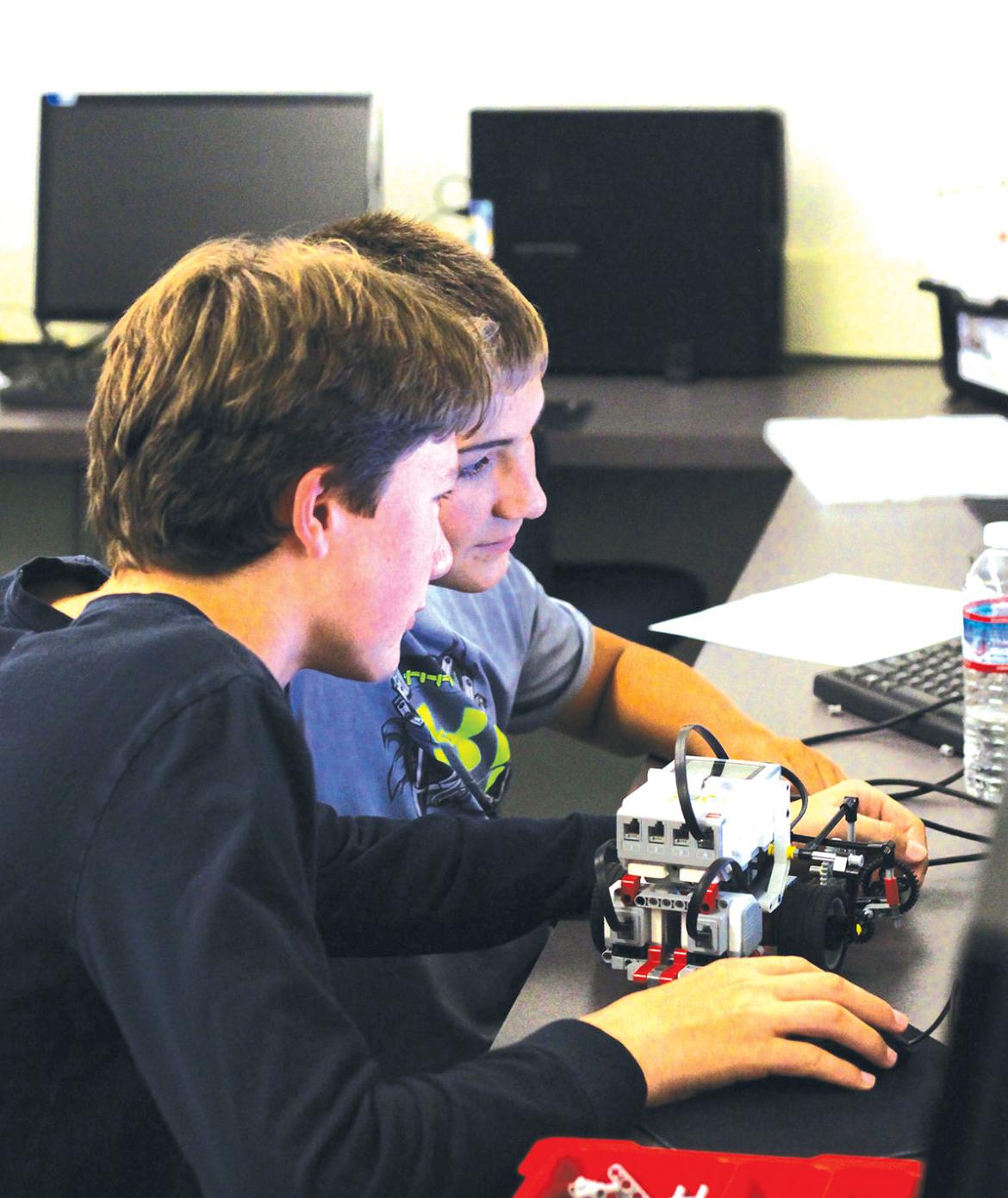 One team focuses on the next programming step to complete their ‘bot.

A student begins to build the LEGO frame around his robotic computer.

A middle school student smiles as he proudly presents the robot he spent two days programming and designing.

One team focuses on the next programming step to complete their ‘bot.

Eighth-graders Joaquin Fabricius and Michael Leveque were ramming their robots in the mini-makeshift arena at College of the Redwoods in Crescent City.

The sounds of LEGO pieces crashing filled the room, as students took turns competing with their newly programmed robots in the Battle Bot competition.

Nearly 20 local students programmed LEGO robots during a two-day camp earlier this week at the college. “I like robotics and this sounded like fun,” Fabricius Leveque said. “My favorite part of the robotics camp was programming and building it.”

He said he also enjoyed the Battle Bot competition, in which he and a teammate took first place with the last ‘bot standing.

Students arrived at 9 each morning and diligently worked on their robotics with the assistance of high school student volunteers and members of Gaining Early Awareness and Readiness for Undergraduate Programs (GEAR UP), along with TRiO’s Talent Search.

The students used creativity and teamwork as they pieced together LEGO parts and learned the basics of coding.

“You build the normal robot, but then you could add weapons and armor,” Leveque said. “That was probably the best thing. Once you get used to it, it’s just pretty interesting.”

Students studied the essentials of computer programming using LEGO Mindstorms EV3 software and robotics kits. Through a step-by-step process, they discovered how to program the robotics computers, making a ‘bot that could zoom through a maze and race in a relay.

“They seem to be having a fun time learning, which I think is the most positive aspect of this. They’re learning without realizing it,” said Kevin Branson, communications event coordinator for GEAR UP at Humboldt State University in Arcata, California.

Once they had programmed their ‘bots, they could test their programming skills with a robot maze, a relay race and, finally, the Battle Bot competition, which was open for families to attend.

The GEAR UP and TRiO members said they enjoyed seeing the students succeed in their robot-making efforts as the camp progressed. “I just think it’s great for students to get that early interest in computer science and just robotics in general,” said Branson.

“It’s obviously a very big industry. They might not get something like this in just typical everyday classes.”

GEAR UP and TRiO’s Talent Search hosted the free two-day robotics camp for middle school students to learn the basics of computer programming. “We wanted to give this community outreach opportunity for students to be able to come and enjoy this kind of activity,” said Branson

Talent Search, one of many TRiO programs, and GEAR UP both exist to help students from low-income or disadvantaged households prepare and succeed in post-secondary education. Both programs combined to host the robotics camp to instruct young people in an unconventional and entertaining way.

“For us, it’s just helping the kids be the best that they can be, discovering their talents and who they really are, then watching them grow,” said Walter Campos, Sr., college access advisor for Trio Talent Search out of Humboldt State University.

The university has hosted similar robotics camps, but members of GEAR UP and TRiO wanted to launch a cost-free, revised version of the camp in Crescent City this year. They also hosted one last week in Hoopa.

“I was really advocating for my director to have this in Crescent City, because a lot of my students can’t drive out to Humboldt State University… I wanted that not to be a barrier,” said GEAR UP advisor Shawn Dean.

Having implemented the Crescent City camp for the first time this year, the team decided to reduce the session to two days, yet could see expanding it in the future, said Campos.