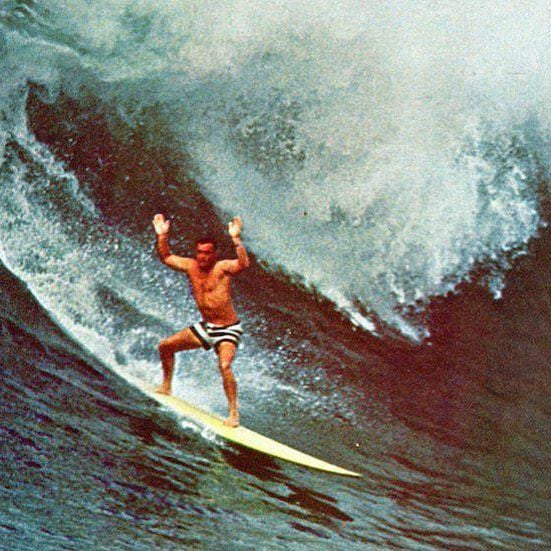 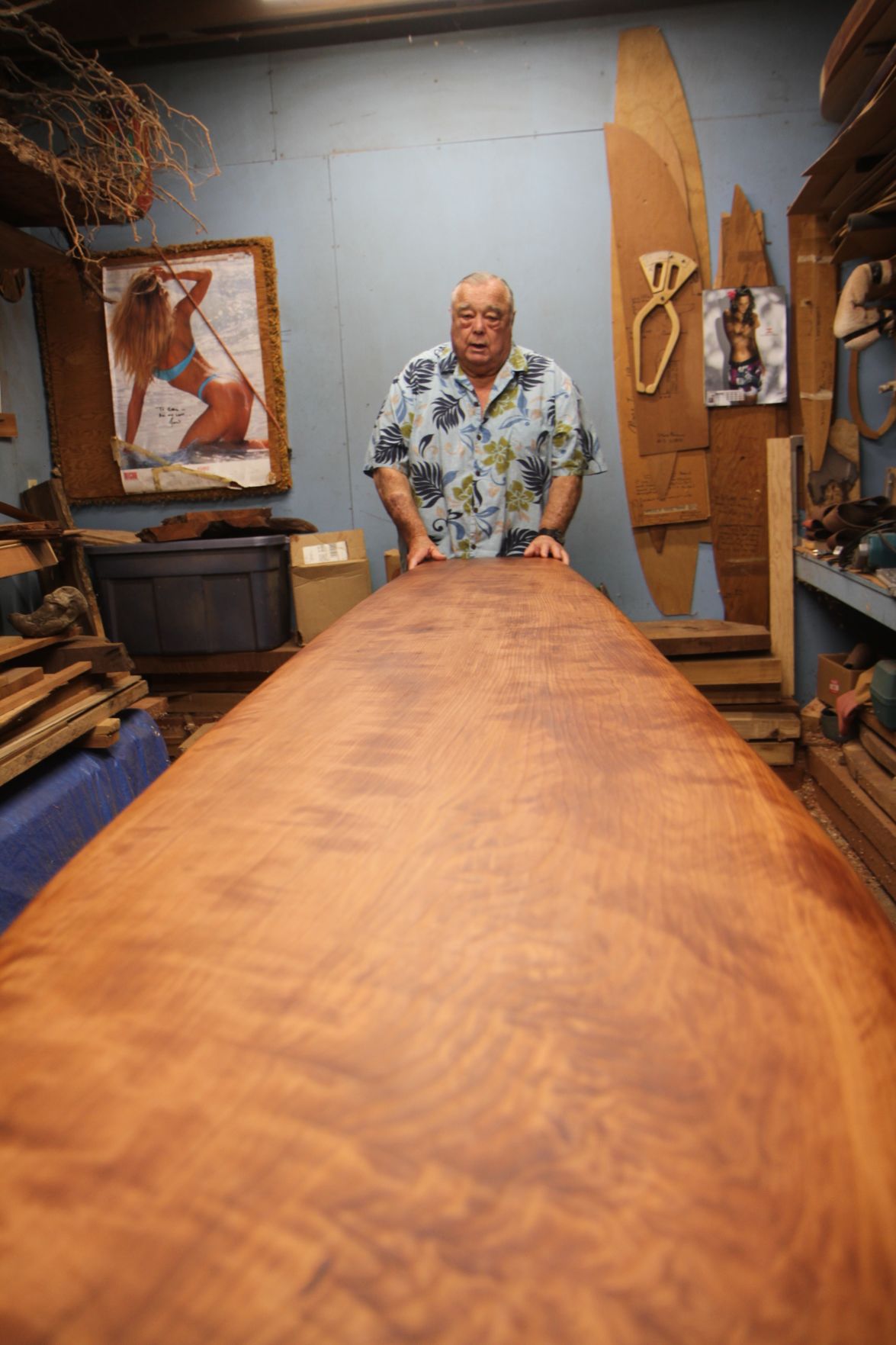 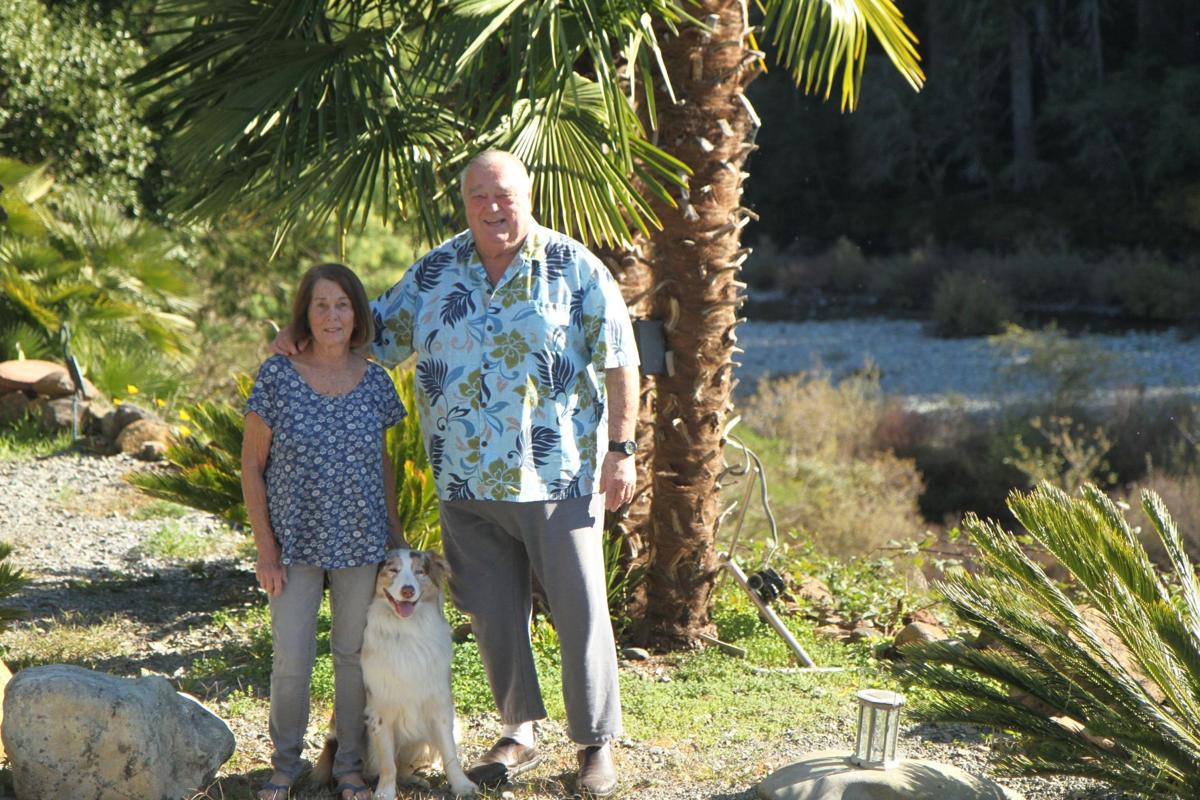 On Dec. 4, 1969, three storm systems converged on Oahu, Hawaii to create once-in-a-lifetime breaks for big-wave surfers of that era.

But those conditions seemingly proved too hazardous, even for the most adventurous at Waimea Bay.

However, around the peak of the North Shore was Makaha Beach, where an undeterred Greg Noll rode into surfing folklore, braving what many eyewitnesses swear was - still is - the largest wave ever attempted un-towed, one 35 to 40 feet high.

“I didn’t know this was the 50th anniversary of Makaha,” Noll said, between bites of his salad at Crescent City’s Los Compadre’s restaurant. “Wow, 50 damn years. I knew I was gettin’ old, but...”

Noll was sitting with his wife, Laura, as he recalled his legendary days as a big-wave surfer.

Ironically, Noll said, even in an era when on any given day there would be 100 photographers for every surfer to record their exploits, no photos exist of his Makaha run. “I was in charge of the camera, but I didn’t do very well. I was kind of short,” Laura Noll acknowledged.

“It was so far out, and so much haze and (stuff) on the water, they couldn’t get a picture,” Greg Noll said. “I think everybody was pretty much spellbound by the size of the surf that day. They weren’t even thinking of pictures.

“We had some of the best surfers in the world, and it just blew everybody’s socks off, the size of the waves that day.”

Noll was quoted saying at the time that he had been waiting for just the right wave, “If I don’t do this, I’ll be 80 years old, banging my cane around, still pissed off that I’d gone chicken on the one day I’d worked for my whole life. So, I really didn’t have a choice.”

So, he chose his wave, rode it to the bottom and wiped out.

“Everybody said that when he got to the bottom, he was gone, that he’d never survive that kind of wipeout,” Laura Noll said.

Now 82, Greg Noll can look back without regret that he took the chance.

“I’d surfed for 25 or 30 years by that time, building up, trying to ride bigger waves all the time. If I’d let that opportunity go by, I would have spent the rest of my life kicking myself in the (butt).

“It was kind of like, even if you drown, you gotta do this,” he said.

“Big-wave riders, for the most part, if you catch the wave and get to the bottom, that amounts to something. And if you get through the entire wave, it’s that much more.

“A lot of times, as far as people are concerned, if you get the crap beat out of you, they’d prefer that, I guess. Like a bullfighter getting gored. People like to see the wipeouts as much as anything else.”

Noll suggested to Laura they tie the 50th anniversary of Makaha with their latest venture: a new documentary, “The Film Archives of Greg Noll, Lost and Found” will be showing at the Hawai’i Film Festival on Nov. 9.

Directors Grant Washburn and Jay Johnson took thousands of hours of recovered film that Noll shot from the ‘50s and ‘60s, then digitized it and added current interviews.

Noll said the title refers to both the footage and their family, lost then found, here in Crescent City.

How they ended up here is still another story.

Noll said they drove to Alaska in an old Metro van he had fixed up as a camper, in the 1970s, for the fishing and hunting. After one-too-many cold winters, they drove back south and discovered Crescent City in 1974.

“There was a guy, a pretty good fisherman, a hunting outlaw. We threw in with him for a while and had so much fun, decided to come here and live,” Noll said.

“We just really liked the area - small, people are nice, you know. We just had to get out of Southern California. The place was turning into a giant turd.”

He got in to commercial fishing soon after, transitioning from 18-foot, 42-foot and 70-foot boats over the years, fishing crab, shrimp and the occasional swordfish.

Noll these days maintains a boat in the harbor for recreational fishing, going after snapper and cod and the occasional albacore, if it comes close enough.

“From here to the lighthouse, we’ve fished all those little high spots on the reefs out there,” he said.

Their first home was out on Kings Valley Road, but they found their forever place in Hiouchi, just off the Smith River, and have lived there for 40 years.

He’s long since given up riding surfboards. Now, his business - “Noll Surfboards” - makes re-creations of the boards ridden by history’s famous surfers.

Having surfed some of the biggest waves from Brazil to Japan, Noll said the quality of surfing in Crescent City is in the eye of the beholder. “Sometimes, surfing where the quality of the wave isn’t as good, but there’s a lack of crowds, compensates for it,” Noll said. “That’s why a lotta guys surf up here. It’s much easier going, less territorial crap.

“You gotta remember, I spent 25, 30 years surfing the best waves in the world. I’ve experienced the best there was. If the waves here don’t come up to standard of the Islands, it’s understandable.

“Like I always told my boy growing up: ‘I don’t give a (damn) if you ride a big wave in your life. The main thing is, just go out there and have fun. Get that feeling you can’t get from any other place. The ocean and surfing.