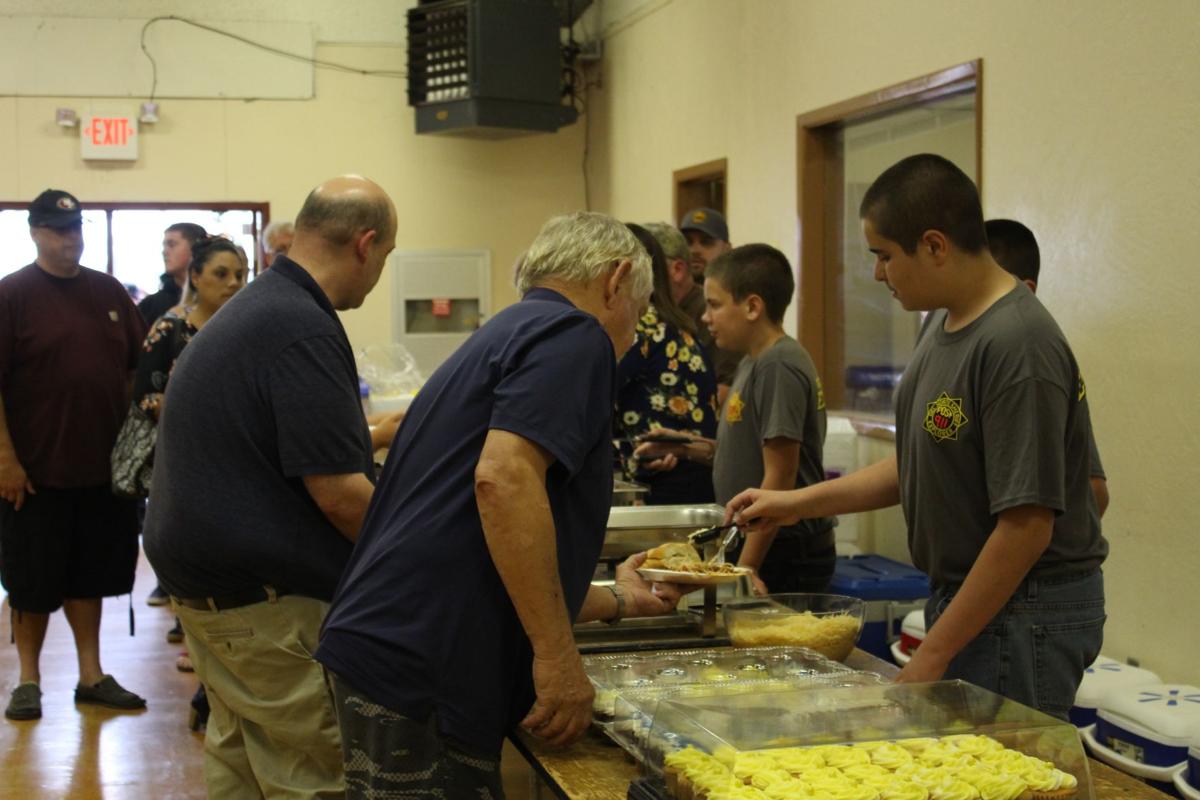 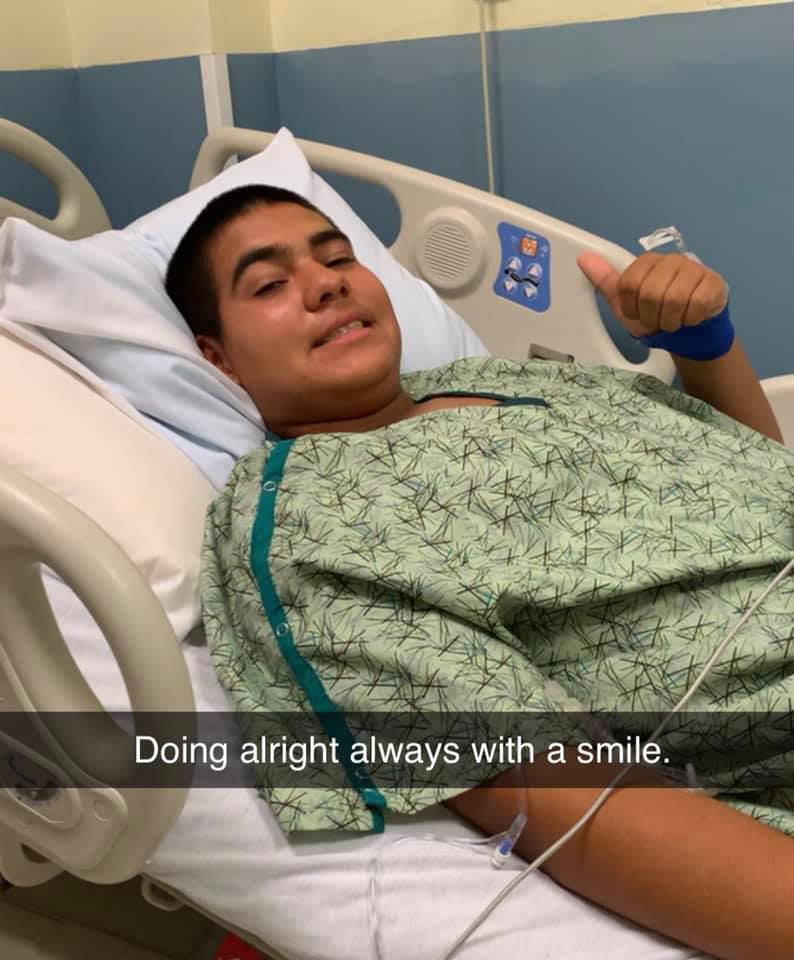 The sound intensified in the Arts and Crafts building at the Del Norte County Fairgrounds as more than 300 local residents filled the room for a spaghetti feed and silent auction to support Poy-Wuson Aguilar.

Aguilar was diagnosed with leukemia two weeks ago. His 16th birthday was last week.

Aguilar, a member of the Yurok Tribe, lives a driven, full life. He plays on the football, wrestling and baseball teams at Del Norte High School, has participated in the Del Norte County Sheriff’s Office Explorer program for three years, and makes time for many friends.

Aguilar works hard in all he does. Now, he must work hard to fight his cancer.

“He’s gonna beat it,” said Jakob Sherer, one of Poy’s closest friends. “Poy’s one of the most respected and outgoing kids I know.”

Aguilar couldn’t attend Wednesday night’s event in his honor. He was at the University of California, San Francisco Benioff Children’s Hospital in Oakland, where he’s undergoing chemotherapy.

About a week ago, the sheriff’s office decided to host the spaghetti feed and silent auction to help Aguilar’s family cover his cost of staying in Oakland while receiving treatment. Within the event’s first 30 minutes, 150 dinners had been sold. Meals for slightly more than 300 diners had been prepared. They were sold out by night’s end.

Tables along one wall were filled with custom T-shirts, hot sauce, cookies and other goodies for the silent auction – all donated by local people and businesses. Area musician Tom Alderman provided entertainment on his guitar while people ate.

“This turnout is amazing,” said Ashley Hepburn, the mother of one of Aguilar’s friends. “It brings tears to my eyes. The community has really pulled together for Poy.”

Most of the attendees knew Poy personally. Some simply knew of him; others came to show their support. Throughout the event, friends would FaceTime with him to show off the size of the crowd.

Aguilar said it was “very humbling” to see all of the people who had attended.

In the two weeks since this nightmare ensued, community members have supported Aguilar in many ways. They created a hashtag, “#PoyStrong.” The Del Norte County Sheriff’s Office fashioned a logo for people to put on T-shirts. Someone started a GoFundMe account, which has reached $2,190 towards a $4,000 goal. Still others planned a gathering, for prayer and good thoughts, at the Del Norte Recreation Department.

“If anybody’s going to beat this, it’s gonna be Poy. I’m confident he’ll be back,” Apperson said. “He’s just as strong as he can be.”

Before the diagnosis, Aguilar had applied for the sheriff’s office apprenticeship program, which would prepare him for serving in law enforcement someday, a dream he has had for years. The day Aguilar flew to Oakland for hospitalization, Apperson told him he had been accepted into the program.

“I was able to deliver that news to him in person right before he left. It was a great moment for all of us, and I gave him his lapel pin and told him to hurry back,” Apperson said.

For now, Aguilar is in Oakland, staying in touch with his community through friends who visit and calls via FaceTime. His community can’t wait until he returns home.