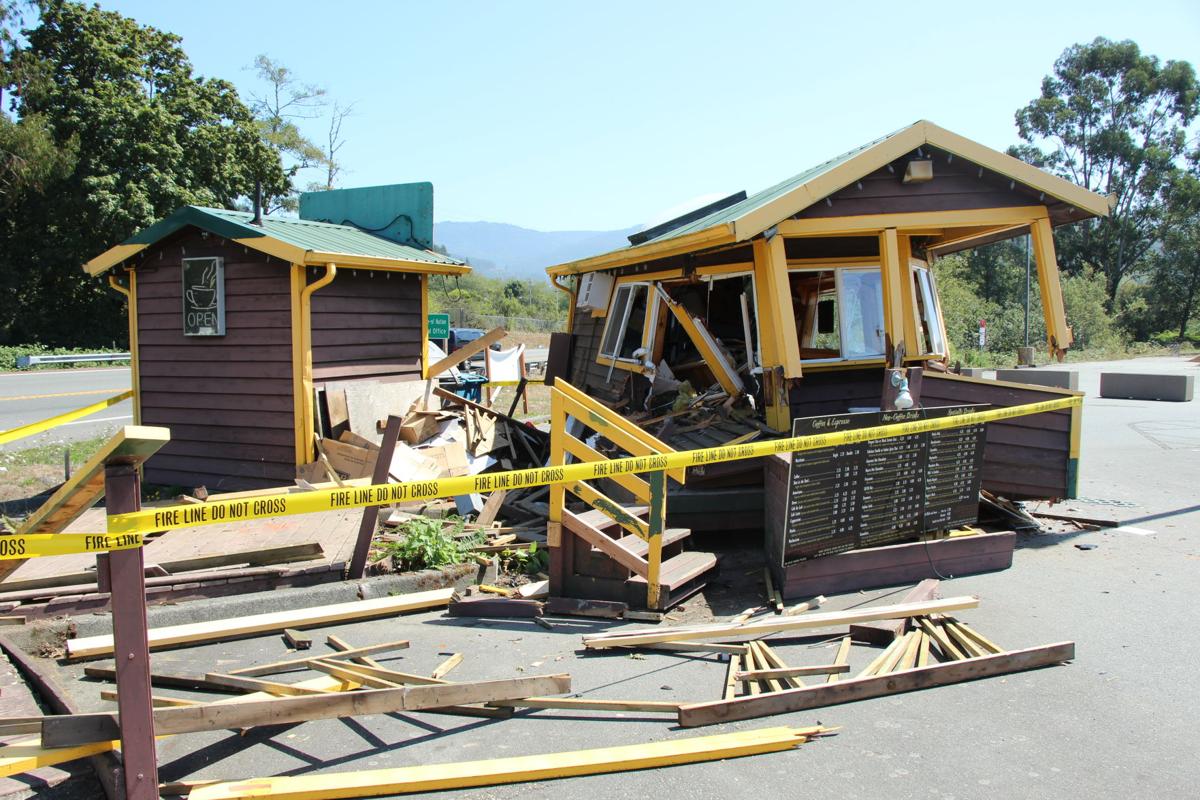 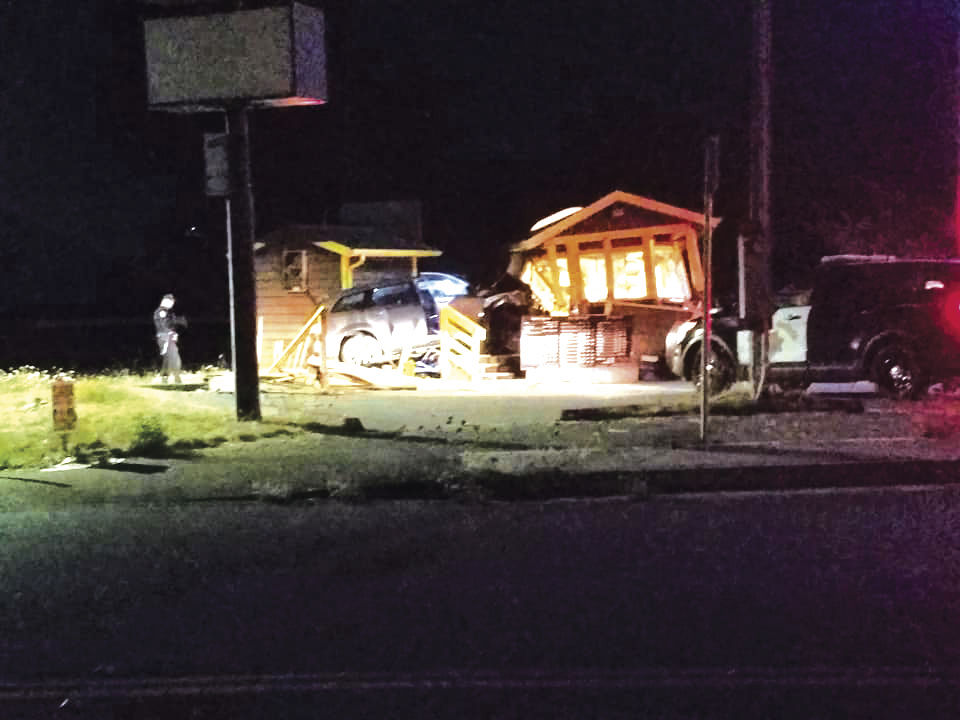 California Highway Patrol officers clear the accident scene where a motorist drove off U.S. Highway 101 and into the Java Hut in Smith River.

California Highway Patrol officers clear the accident scene where a motorist drove off U.S. Highway 101 and into the Java Hut in Smith River.

A 58-year-old woman was arrested at the scene of a one-car accident Monday night when her car careened off U.S. Highway 101 and crashed into the Java Hut at the Fred Haight Drive intersection in Smith River.

According to the Del Norte County Sheriff’s Office Online Information System, Karen Ilene McGuire was booked into the county’s jail on suspicion of driving under the influence of intoxicants.

California Highway Patrol Officer Brandy Gonzalez said the crash occurred about 11:20 p.m. and that no one was injured or was inside the building at the time.

Gonzalez added that the crash was not the result of a law-enforcement pursuit, as initially reported on The Del Norte and Curry County Scanner Feed Facebook Page.

Warehouse off of Northcrest ignites