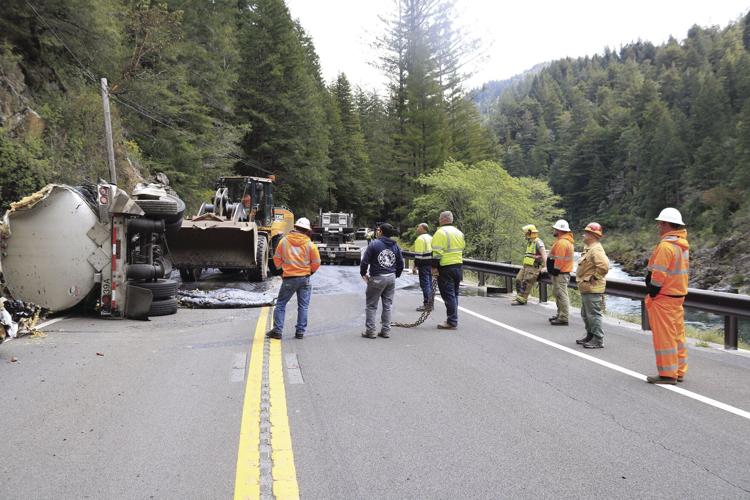 Law enforcement officers and firefighters work to clean up a site after an oil tanker spilled thousands of gallons of hot asphalt binder oil onto Highway 199 outside of Crescent City. 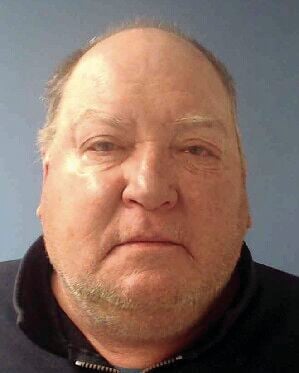 Law enforcement officers and firefighters work to clean up a site after an oil tanker spilled thousands of gallons of hot asphalt binder oil onto Highway 199 outside of Crescent City.

A Klamath Falls, Oregon, man has been arrested after losing control of his tanker truck and trailer combination and spilling 3,000 gallons of hot asphalt binder oil onto Highway 199 between Hiouchi and Gasquet on April 28.

Raoul Payette, 58, is suspected of being under the influence of alcohol at the time of the collision, according to CHP Sgt. Thomas Cantrell.

Payette was en route from Klamath Falls to the Tidewater asphalt plant in Gold Beach when the main crash occurred near mile marker 10.65.

The spill occurred at approximately 10:44 a.m. at the second of two collisions involving Payette.

“The first call was of lines and a pole down in the road,” said Sgt. Cantrell. “Then shortly after, we received a call of an overturned trailer.”

After striking the first telephone pole, Payette continued southbound another three quarters of a mile before losing control again. This time, with a shear drop to the Smith River to the left, Payette drifted onto the right shoulder, where the trailer sheared off another telephone pole. It also struck a rocky outcropping, causing the trailer twist and unhitch from the lead tanker truck.

The impact was so violent that it split the trailer in two as it rolled over, sending a wave of 350-degree Fahrenheit oil 30 feet up the embankment and across both lanes of traffic.

“It’s fortunate no one was coming the other way.” Sgt. Cantrell said.

With the trailer unhitched and overturned behind him, Payette continued to drive the mostly unscathed Freightliner three-axle tanker truck to Hiouchi.

Payette was intercepted and stopped by CHP Officer J.M. Hoey, who determined Payette was under the influence of alcohol.

Payette was placed under arrest, and a search of the truck cab by CHP officers led to the discovery of two large vodka bottles.

The truck, owned by BearCat Transportation, L.L.C., of Klamath Falls, was impounded. Payette was booked into Del Norte County jail on misdemeanor DUI and hit-and-run charges.

Sgt. Cantrell estimates that as much as 500 gallons of the hot, sticky oil made it into the Smith River, although environmental damage may have been mitigated somewhat due to the fact that asphalt oil solidifies below 125 degrees Fahrenheit.

Caltrans, with the assistance of Gasquet volunteer firefighters, closed Highway 199 to traffic in both directions for several hours while the cleanup ensued.

By midafternoon traffic was getting through with one-way traffic control. The roadway fully reopened at 5:12 p.m. with residual cleanup still under way in the area.

By 5:33 p.m., 21 minutes later, Payette was back on the streets, having been released from the Del Norte County Jail.

Representatives from Six Rivers National Forest, the CHP, the Gasquet Volunteer Fire Dept., California Dept. of Fish and Wildlife, California Office of Emergency Services, and the Del Norte County Office of Emergency Services collaborated on how best to contain and clean up the spill, while minimizing impact on the Smith River’s pristine ecosystem.

The cleanup is expected to take 30 days.

In a statement issued later in the day by the U.S. Forest Service, an official expressed that, although still concerned about possible harm done to natural resources, knowing more about the substance spilled “reassures us” the spread of liquid material in the river was minimal.

Del Norte Office of Emergency Services said there was no impact to water quality.