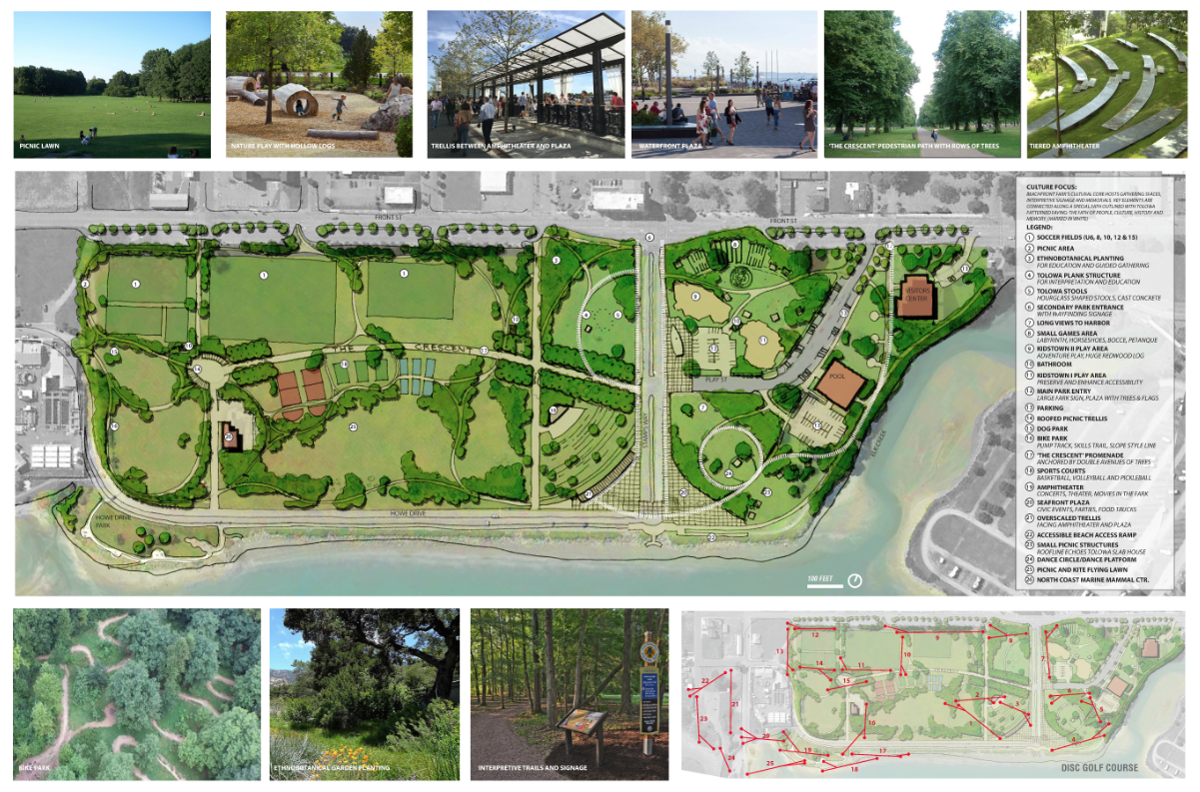 A map of the cultural themed master plan for Beach Front Park design. 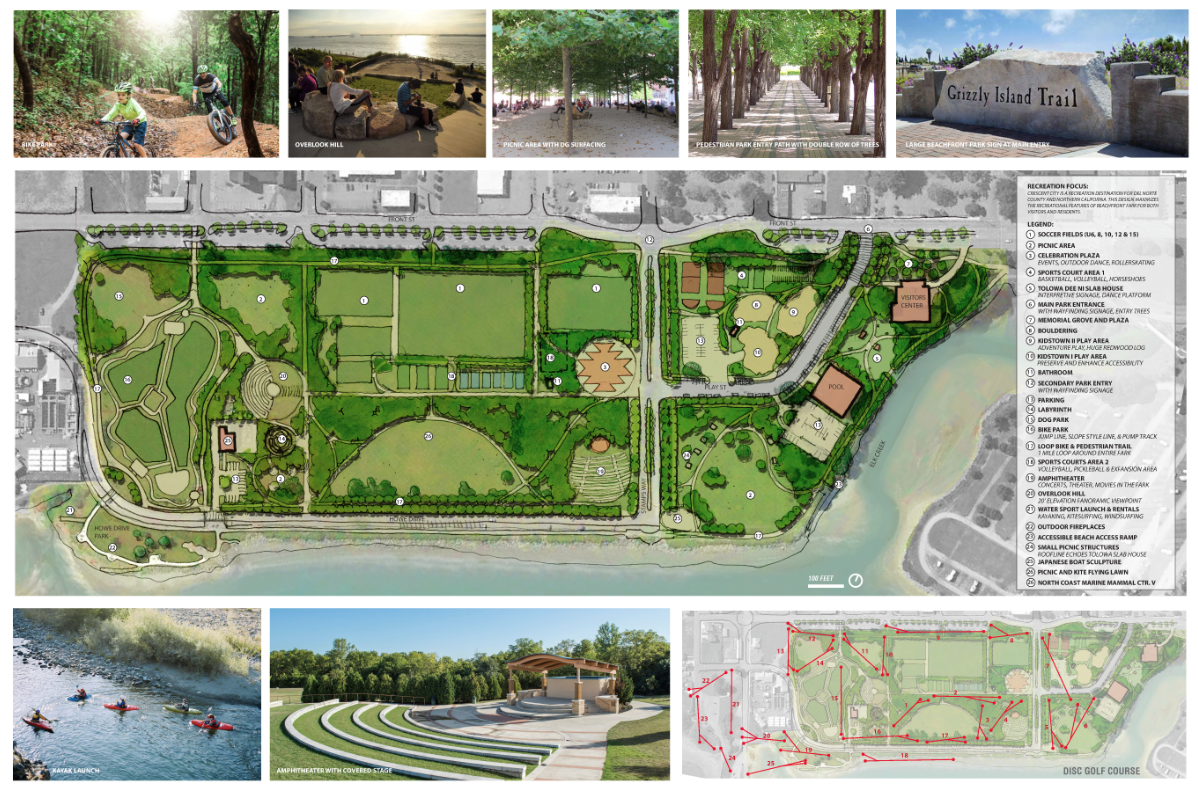 A map of the recreation themed master plan for Beach Front Park design. 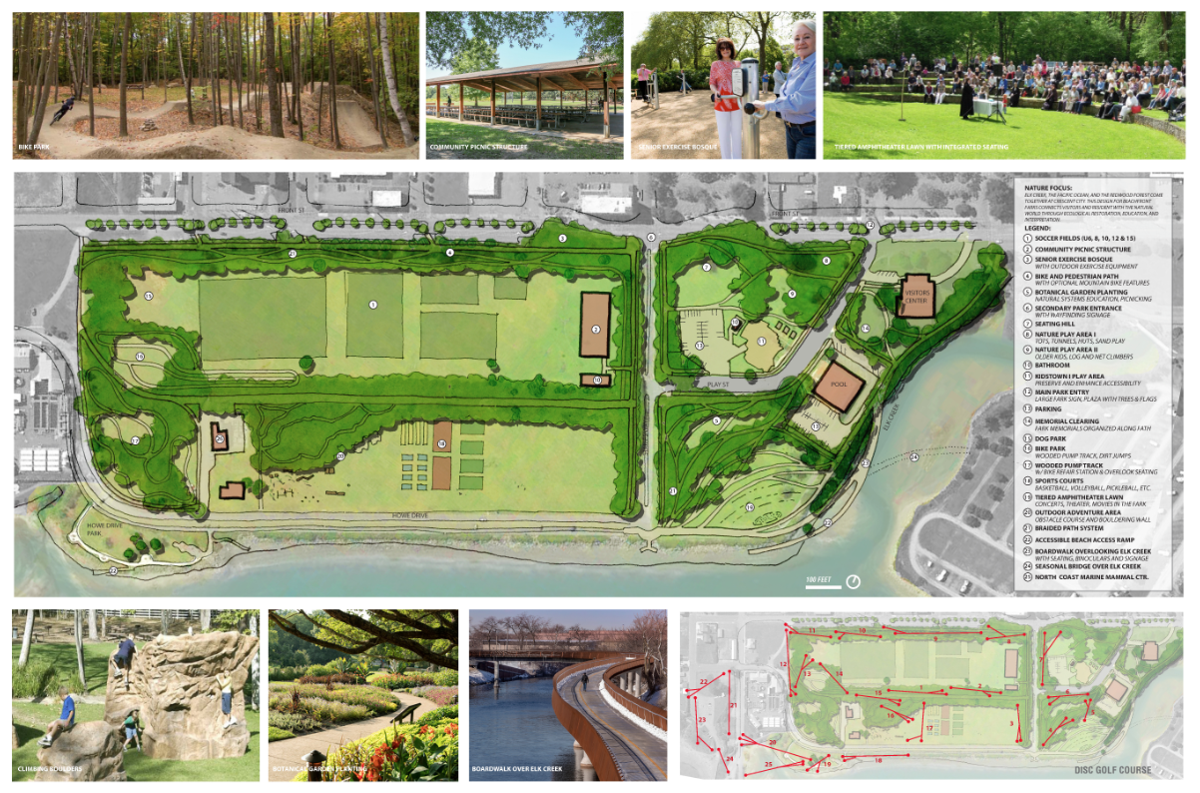 A map of the nature themed master plan for Beach Front Park design.

A map of the cultural themed master plan for Beach Front Park design.

A map of the recreation themed master plan for Beach Front Park design.

A map of the nature themed master plan for Beach Front Park design.

“Covid put us behind the ball. But we’re back on track for grant applications and meeting deadlines,” Wendt said. “We’ll be taking public input, which ends Monday. So there will be time to share these designs.”

She added PGAdesign will then take the final input back with them to their home office in Oakland and narrow the top pick, incorporating any additional preferences. They would then turn in their final design to the Crescent City Planning Commission in mid-November with the City Council voting on the concept Dec. 1. The completed master plan is due to the state Dec. 14.

Wendt said $395 million are available through Prop. 68 and Crescent City is going for the max $8 million.

“We’re going for the big pot. We’re hoping to get it to this project going,” she said.

PGAdesign President Cathy Garret and project manager Mark Wessels went into the each of the three design specifics. They said all three share many key features the public expressed they wanted in previous outreaches, from a bike park and amphitheater to an expanded Kids Town and more green areas. They then spoke of what set each design theme apart.

“At the core of the culture option is culture and arts, culture of the region, who’s here and has has lived here, from the Tolowa Dee-ni people to the Japanese sister city,” Garret said. “The cultures of the city today, including the Hmong and Latino communities. Even the tsunamis and how the shaped the future of the city.”

Wessels broke down the themes of recreation and nature.

“Since Crescent City has amazing natural resources, with the nature scheme, we’ve provided options to connect with nature,” Wessels added. “In all cases, the elements leave you feeling immersed in nature.”

Each design has a outline the describes the amenities throughout the park.

To watch a video of their detailed walkthrough of each design option, go to the city’s Facebook page www.facebook.com/CrescentCityCA.

Wendt said large posters of each design will be posted at Beachfront Park this weekend during Sea Cruise so the public can a feel of each design’s intention while standing in the park itself.

She added the designs are up on the city’s website www.crescentcity.org and the public can take a public survey through Monday, Oct. 12 at https://forms.gle/skCNR1RhRkueZ5xs6.