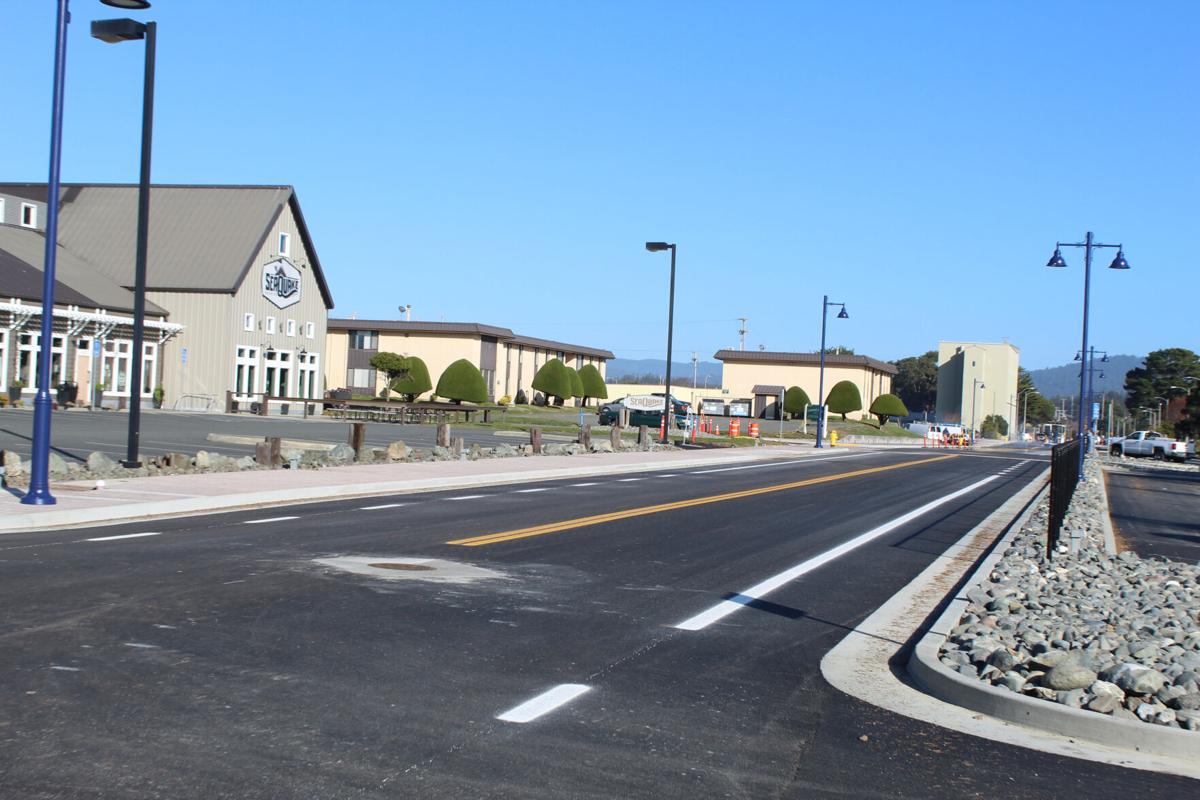 Front Street will open after major repairs are completed. 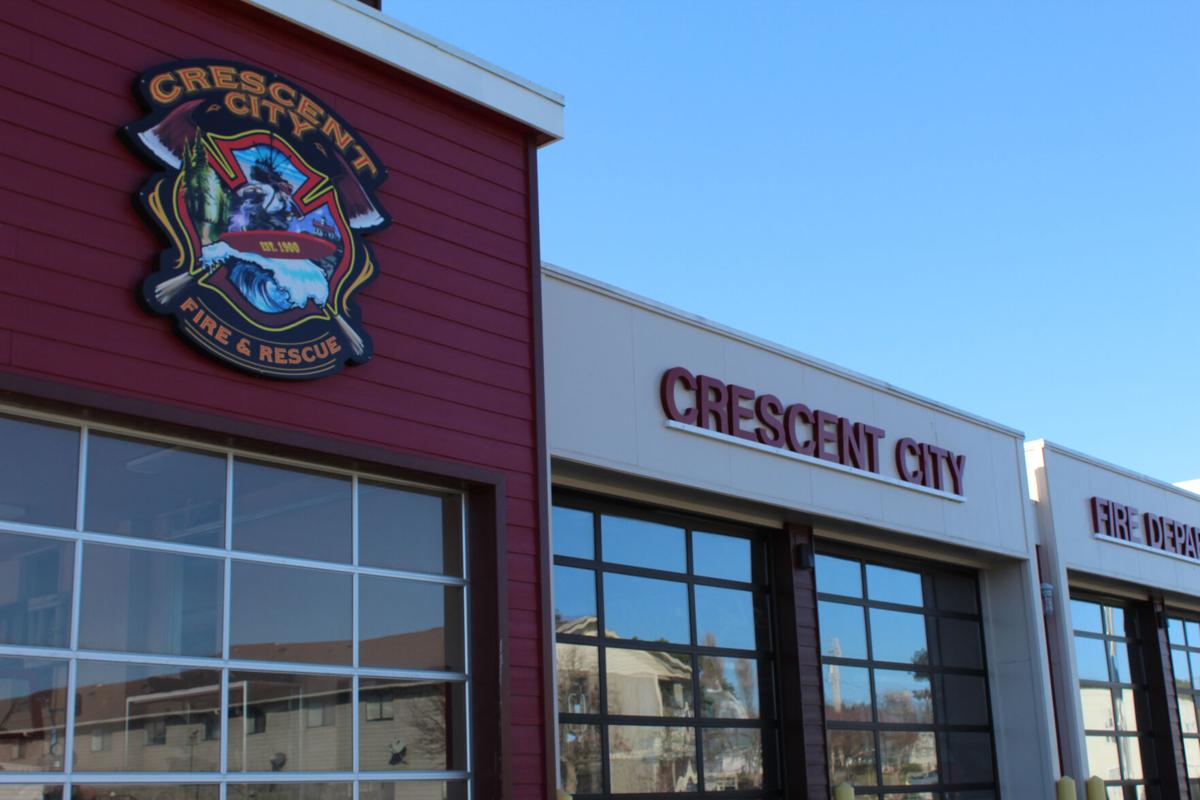 When tax revenue from Measure S begins coming in, the fire department will benefit.

Front Street will open after major repairs are completed.

When tax revenue from Measure S begins coming in, the fire department will benefit.

With 2021 just around the corner, Crescent City’s leadership is looking ahead to what’s next.

According to City Manager Eric Weir, a slate of economic development projects and strategic planning processes will help the city move out of the COVID-19 pandemic and its deep economic cuts.

The year will start with the completion of a few highly visible projects in the city: In January, the city plans to reopen Front Street between B and F Streets, complete with an improved storm drain, new crosswalks and diagonal parking on the other side of a new meridian.

And in February, the pedestrian improvement project on Sunset Circle is slated to open, connecting the harbor to the pedestrian bridge at Elk Creek. That will establish a seamless pathway between the harbor and the lighthouse pier, Wier said.

Aside from those infrastructure projects, and initiating the design of the Pebble Beach bank stabilization project, Wier said there will be three main areas of focus for city leaders in 2021: Economic development and recovery from the pandemic, the Beachfront Park master plan and the implementation of Measure S.

One of the city’s key projects this year will be the completion of its Economic Strategic Action Plan, Wier said. The work started before the pandemic began, but the lost jobs, shuttered businesses and slowing of tourism have made it all the more important.

“It’s definitely been highlighted by the pandemic,” Wier said.

The goal of the project is to create a tool box of strategies — or “cookbook” of recipes, as Wier said — to promote economic development in the city. From those strategies, city leaders hope to recruit new businesses to the city, assist existing businesses and create jobs within the city.

It could also include promoting the city state-, nation- and worldwide. Now that people and companies have learned how to effectively work remotely, Wier said Crescent City can become a work-from-home destination, with broadband capabilities and attractive natural resources.

“That’s where a place like Crescent City is in a great position,” he said. “This is a great place to accomplish that.”

The city will also be using new grant funds in the new year to promote economic development. A combined $750,000 in business assistance loans will be distributed throughout Del Norte County, and a $100,000 grant from the California Endowment will support the Economic Resiliency Task Force.

Economic resilience is what Wier said will help the city weather whatever major challenges or disasters which come next.

“Hopefully, once you get through whatever the situation is, you get out on the other side even stronger,” he said.

The task force has already started working, and Wier said the collaboration between city, county, tribal, nonprofit and private organizations has been one of the greatest lessons learned throughout a difficult 2020.

“Part of it is the relationships that have been formed throughout the pandemic,” Wier said. “Once you go through something like that, it really forges relationships and partnerships.”

Also high on the city’s list of projects in the new year is a preparing to overhaul much of Beachfront Park.

The project is tied to economic development, since a re-imagined park in a prime waterfront location could be a major draw for tourists, new residents and businesses alike.

Earlier this month, the city council reviewed a draft of a master plan for the park. It was designed by an outside firm with input from community outreach, interviews and focus groups, parks and recreation staff told the council.

The plan, in its current form, includes many of the elements that arose from those conversations, including a cultural area reflecting on the history of the Tolowa people who inhabited the land, new equipment in Kids Town, an amphitheater, sports fields and a bike park, among other improvements.

“This park will be a multi-functional park that will sustain our current community as well,” Wier said.

Still, that’ll take planning and financial support. Wier said the master plan should be completed in February, and the city will apply for state grant funding up to $8.5 million in the spring.

The city’s third key project in the new year will be the implementation of Measure S, approved in November’s general election.

The measure, which imposes a 1% sales tax increase, will take effect in April, and the Wier expects the city to start receiving funds in June.

Between now and then, he said the city has work to do to prepare for how to spend the new revenue. Some plans are already in place, but the city has more community outreach to do to prioritize how the new money will be spent.

“In this first year, as we really get going, we’ll have a series of workshops,” Wier said.

Those workshops in February and March will elicit community input of the four key areas the measure’s revenue is supposed to support: The city’s police department staffing shortages, street repairs and improvements, the city’s pool and creating a sustainable fire department.

The police department will likely be the first set of priorities to iron out, Wier said, followed by the prioritization of street repairs.

Planning for keeping the Fred Endert Municipal Pool open will take more time, since it’ll remain closed due to the pandemic for some time. Once reopened, Wier said he hopes it’ll become a destination for tourists and locals alike.

Figuring out how to fund a sustainable fire department in the city will take time, too, since some planned funding from the Crescent Fire Protection District won’t be coming to support the department.

Along with the workshops, there’s another chance for community input on the spending of Measure S funds: The City Council will appoint five residents to the Measure S Oversight Committee. Applications for the advisory committee are available on the city’s website at crescentcity.org and are due Jan. 22.

In all, Wier said city staff will be busy with major projects, but optimistic about what’s in store for a new year.

Short brings career in community to Del Norte board

Starkey brings public safety and community mindsets to Board of Supervisors

County looking for volunteers to help with COVID vaccines

Short brings career in community to Del Norte board

Starkey brings public safety and community mindsets to Board of Supervisors

County looking for volunteers to help with COVID vaccines