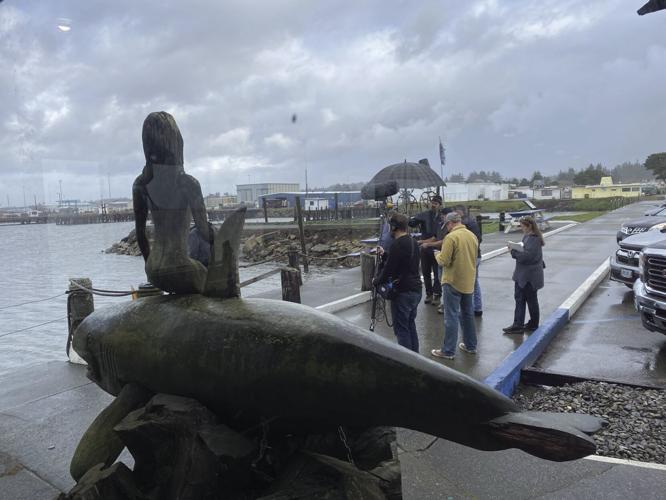 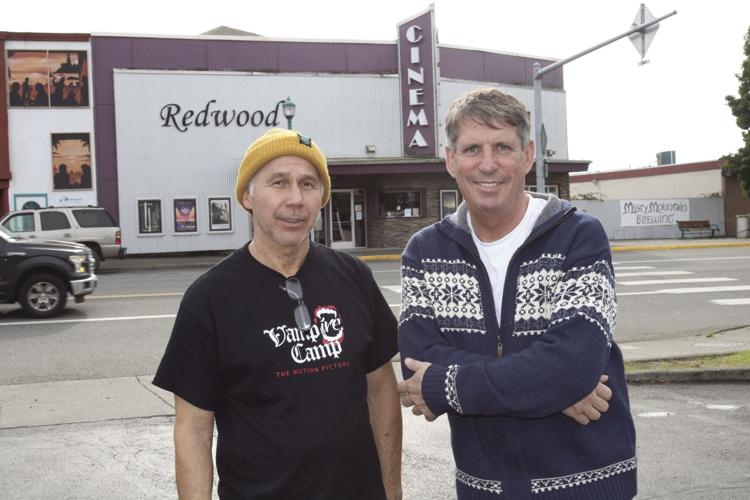 Brad Douglas and Ray Nomoto Robison pose for a photo after wrapping up filming of the moving Bad Fish.

Brad Douglas and Ray Nomoto Robison pose for a photo after wrapping up filming of the moving Bad Fish.

A film about a minacious mermaid whose interactions with Oregon coastal residents are grim enough to live up to the “Bad Fish” persona, just wrapped up after three weeks of filming in Crescent City and Brookings.

“People locally have been so supportive and have opened up doors for us,” said Brad Douglas, who wrote the script and is also directing and producing “Bad Fish” under Shanebrook Media.

Douglas is no stranger to script writing or independent films. He also directed “Between the Trees” (Barbed Wire Films) and wrote “The Settling” (Shanebrook Media) - the latter of which gained official selection nods from the Ashland Independent Film Festival, Film Invasion Los Angeles and others.

Co-producer Ray Nomoto Robison is also the production manager of “Bad Fish” and is known for feature length movies "Die Before I Wake" (Televista), "Sixes and the One-Eyed King" (Panorama Entertainment) and "Vampire Camp" (Indie Rights), as well as numerous shorts like "The Bag" - which was written by long time television personality Marlyn Mason.

Glimpses of the crew’s last day of filming on Friday, Nov. 12, included scenes across the street from Redwood Cinemas at the Curry Surgery Center building. The scene appeared to be the result of a mermaid interaction that sent bloodied local fisherman to the hospital, as well as an investigative visit from a distressed-faced marine biologist played by Jonny Lee - an actor, director and writer whose credits include “Drowning,” “Best Men” and “Monk.”

“I play a good guy with a big heart, but someone who has a bit of a troubled past,” Lee said.

Douglas said he wrote “Bad Fish” six years ago and even scanned the coast for location shots, but then had to set the script aside for five years to work on other projects.

“I’ve always been in love with the idea of a mermaid story on the Oregon Coast,” said Douglas.

“Bad Fish” is not your average before bedtime story. Instead, assistant director Robinson likened the mermaid character - played by actress Abby Wathen - to that of a black widow of the sea in a story line that includes twists, turns and a fair amount of gore. Marlyn Mason is playing the role of the mermaid’s mother.

Locations used for the movie include Crescent City’s The Chart Room Restaurant and Ocean World (where Lee’s character is a former college professor turned besmirched tourist-destination marine biologist), as well as Brookings Harbor and Capella By The Sea.

“This place is dark and foreboding,” said Douglas, explaining why he believed the two communities were the best choice for filming. “I said I need 20 days of gray and we’ve managed to get 20 days of gray.”

“Yes we did,” said Robison with a laugh, adding that despite the melancholy feel of the film he hopes the movie will give both Brookings and Crescent City some positive exposure.

“Badfish,” which is being produced for under two hundred thousand and leans on the use of steady camera shots, is expected to be released between July 1 and Oct. 31. Robison said he and Douglas are hopeful the film will gain strong distribution outlet traction, and conservatively will be released via Prime Video, Tubi, Apple TV and Vudu.

“We are almost certain that we will get all those distribution outlets, and we are hopeful for more,” Robison said.

Do you think the climate has an impact on your mental health?