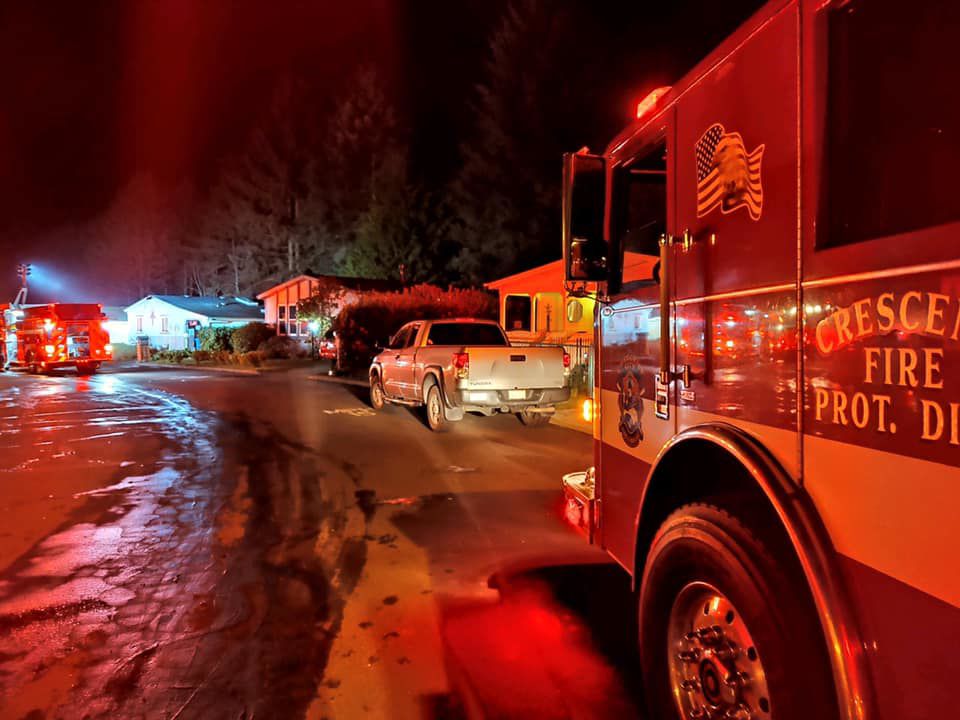 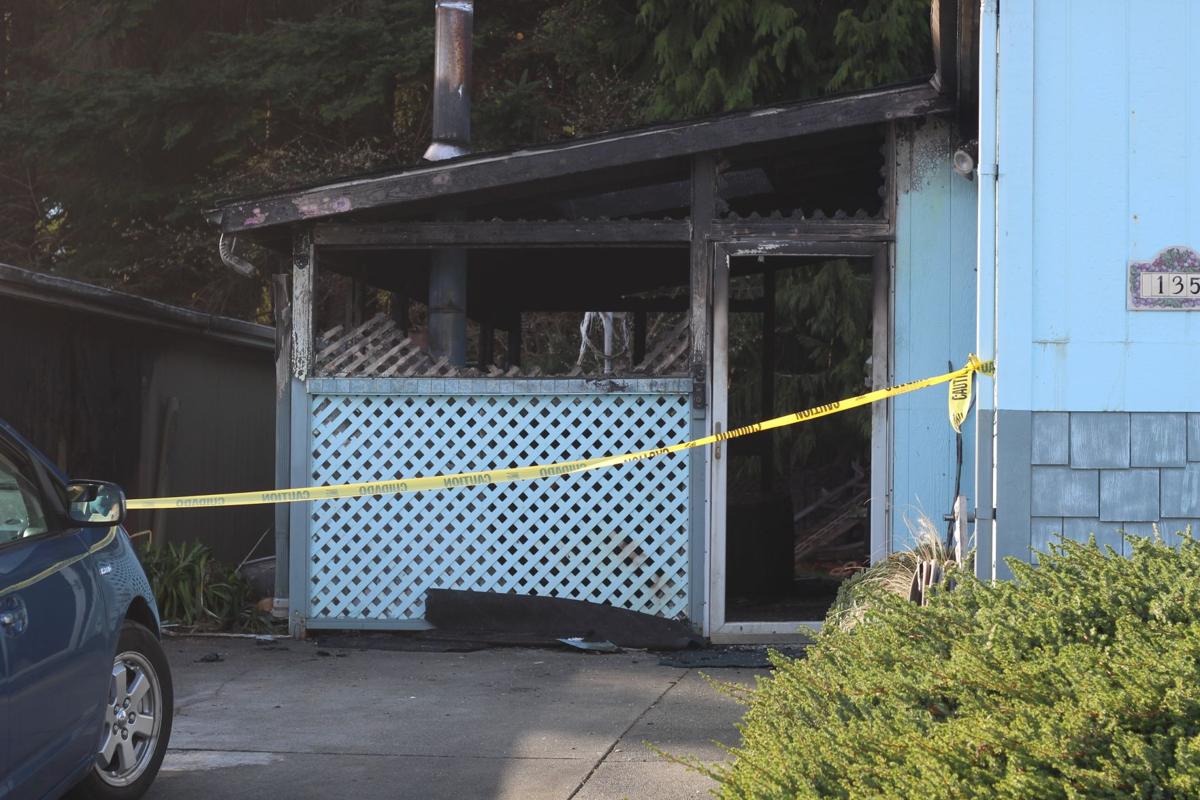 Firefighters had the flames under control in under an hour, but the building sustained much damage.

Firefighters had the flames under control in under an hour, but the building sustained much damage.

The Crescent City Fire & Rescue (CCFR)was dispatched for a structure fire at 135 Leif Circle in Crescent City on Monday, Dec. 23, 2019 at approximately 7:23 p.m.  No injuries were sustained by the occupant or neighbors, though one CCFR crew member was treated at Sutter Coast Hospital for possible smoke inhalation.

The resident’s dogs alerted her to the fire in the exterior porch area of the structure, and she was able to escape with her dogs. The primary residence was heavily damaged by fire, and the residence to the South suffered exterior damage from the fire and smoke damage to its interior carport area, with smoke into the living area.

After preliminary investigation, it appeared the fire started in the exterior covered porch area near the controls for a hot tub based upon fire damage patterns and fire spread into the structure. The cause appears accidental.

One volunteer battalion chief reported flames visible while in route to the scene. The first arriving unit from Crescent City Fire & Rescue (CCFR) found the primary residence well involved and the fire had begun extending into the structure on the South side exposure.

With hose lines pulled, crews began an exterior attack on a large porch area and the neighboring home wall to knock down the fire. A five-gallon propane tank added to the fire as it vented its contents into the covered porch and house. Crews worked to keep fire away from an approximately 125-gallon heating fuel oil tank that flames were pouring over.

The second arriving unit attached a large supply line to the hydrant at the entrance to Leif Circle and to the first pumping engine. The Pelican Bay State Prison Fire Department also arrived on the scene to provide aid.

Additional lines were pulled and supported crews who made a fire attack on the interior of the structure to find the fire burning heavily in the attic space and rear bedroom areas. They searched the structure to confirm no other occupants had been inside.

Crews had fire knock down at approximately 8:15 PM, and remained on scene for overhaul to makes sure all fire was extinguished until approximately 10:45 PM.

Red Cross also assist with housing for the occupants of the primary and exposure structure. A total of 19 Crescent City Fire & Rescue volunteers and five members of the Pelican Bay State Prison Fire Department fought the fire.

Crescent City Fire & Rescue would also like to remind the community that smoke detectors that are properly installed and maintained will help alert occupants to rapidly spreading smoke and give you time to get out. Because this fire burned on the exterior of the home first, the smoke alarms didn’t immediately activate. This fire also illustrates the importance of having two ways out, as the primary way out became blocked very early in the fire.