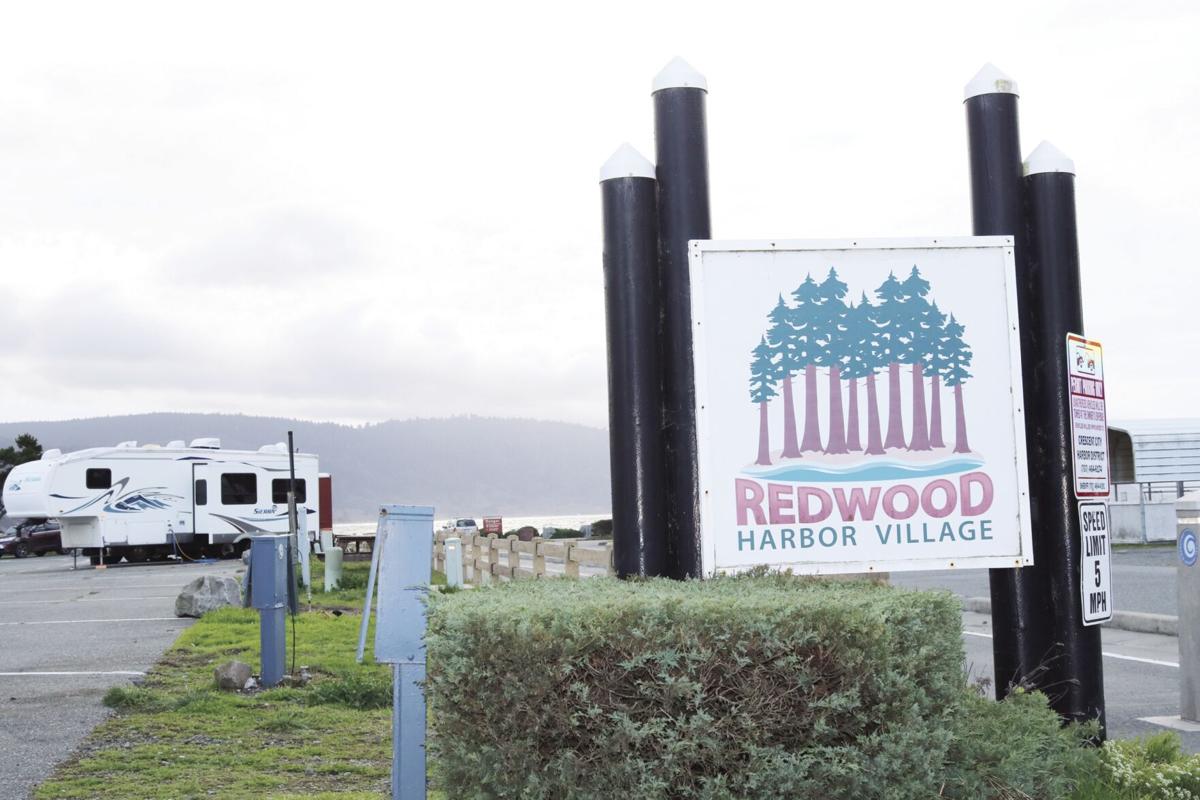 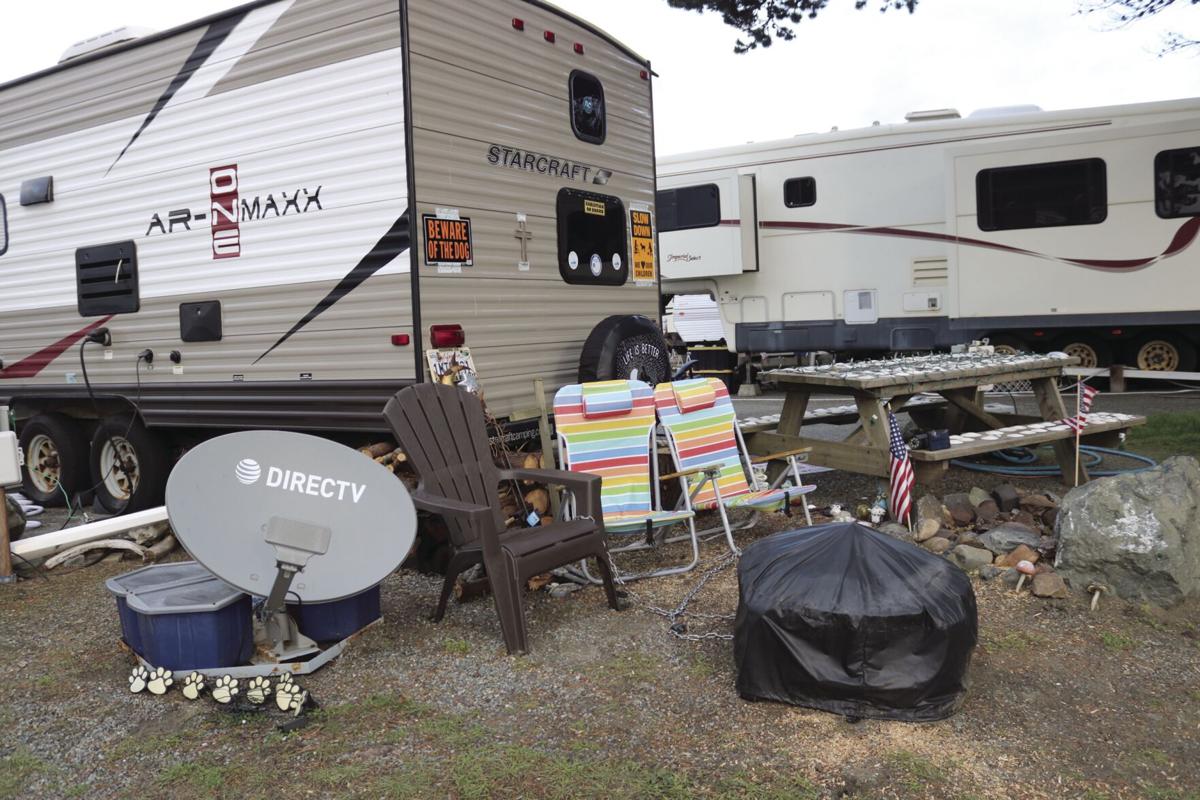 Some RVs are clearly used by long-term renters as chairs, satellite dishes and other items show renters are there for the long haul.

Some RVs are clearly used by long-term renters as chairs, satellite dishes and other items show renters are there for the long haul.

Two 60-day eviction notices were served to recreational vehicle owners for not paying rent at an RV park within the Crescent City Harbor District. More may be coming.

“I don’t want to estimate how many more will receive a 60-day notice because it is a moving target, but I know some people have decided it’s not worth waiting to find out and have moved to another place,” said Tim Petrick, CEO/harbormaster of the Crescent City Harbor District.

There are two RV parks located on lands owned by the Harbor District: Bayside RV Park is currently licensed for 125 spaces at the corner of Citizens Dock Road and Neptune Way, and the other is Redwood Harbor Village, which fronts Anchor and Starfish Ways and includes 117 spaces.

Drive through either of the parks and the juxtaposition between temporary vacationers and some of the long-term tenants is evident. Soiled Lazy-boy chairs, plastic bins stacked one upon the other, tied-up garbage bags and household pets sit outside. Some of the park-owned wooden picnic tables display store-bought plants and dozens of sand dollars - which are legal to cull from nearby Crescent Beach, assuming that the cousin to the sea urchin is already dead. “There are also a select few who are dealing drugs, but we could not force them out until now,” said Petrick. “I am not aware of any usual call volume there and it doesn’t have an unusual call volume compared to other parks with similar density,” said Sheriff Randy Waltz. However, Waltz added that there have been more calls for service at Redwood compared to Bayside RV, “but it’s not quite as densely packed as Redwood Harbor,” he said. “I would also say that RV parks with monthly residents tend to result in more calls compared to single family homes.” According to Petrick, the Crescent City Harbor District is not zoned to allow for stays over 30 days, but in the interest of increasing the Harbor District’s general fund, officials turned a blind eye to those who did. “In the past, the RV parks were much more seasonal, and we allowed for some tenancy because we wanted to keep income over the slow season, but then the pandemic hit and some stopped paying,” said Petrick. An eviction moratorium signed by Governor Gavin Newsom in March 2020 protected tenants hit hard by the pandemic from receiving walking papers, but it also made it difficult to cull difficult tenants. Add in the complexity of RV tenancy laws, the Harbor District’s leniency to its own zoning mandates, and “we got caught in a perfect storm with some complex issues,” Petrick said.

According to California statutory codes, RV owners can either be (1) an “occupant”; (2) a “tenant”; or (3) a “resident.” Among these three classifications, eviction notice requirements are vastly different. Those who stay 30 days or less are considered occupants, and asking someone to leave for not paying rental fees or breaking park rules is relatively easy. It requires a written, 72-hour notice. Stay longer than 30 days and the individual transitions into tenant status - requiring a similar 72- hour notice if rent or other fees aren’t paid, but 30-days notice if the issue is “for other than nonpayment.” The nine month mark is significant in that once a space is occupied for this length of time, the tenancy can only be terminated “for cause” on 60 days’ notice. An RV manager can terminate the tenancy of a “resident” for default in payment of rent, utilities or other charges upon service of a standard three day notice, with a corresponding 60 day period to remove the recreational vehicle. To terminate based upon a rule violation, a manager must first serve a seven-day notice, thereby providing the resident with an opportunity to cure the particular rule violation. Petrick said when he moved from Pacific Grove in the Monterey area to Del Norte County a year ago, he took a job as deputy harbor master under Charlie Helms. Together, the duo started to tackle issues he said were plaguing the harbor.

“I don’t know if you’ve heard of the saying around here - that there is no law north of the Klamath,” Petrick said. “But we were just putting out fires and trying to catch everything up to where it should be.” Life rings, which are mandated on docks every 180 feet, were ordered and installed. Nearby travel lift piers, which Petrick said weren’t safe and needed to be replaced, were condemned. Then in February, Helms retired and Petrick assumed the top position.

“I was lucky that for the first four months I had Charlie and we were able to check a lot of the safety-related items off,” Petrick said. “Over the next year, there will be some major changes in the harbor community,” Petrick added. “I’ve learned that the love of any town is its harbor. The heart of Crescent City should be its harbor.”