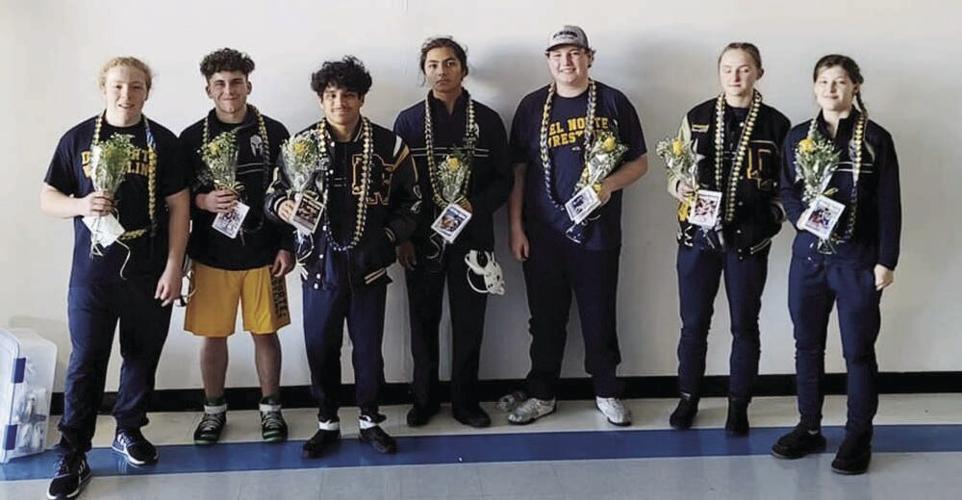 The Del Norte wrestling team capped a strong season with two league championships and a good showing in the North Coast Section championships. 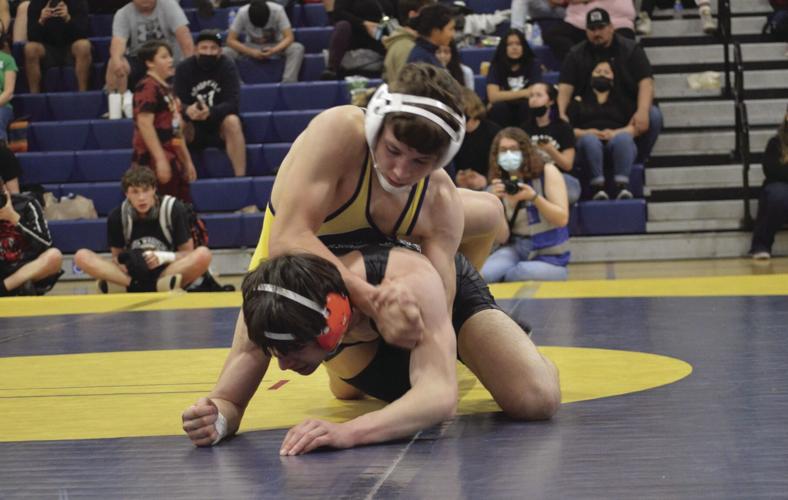 Curtis Bartley grapples in the NCS championship, where the freshman finished fifth in the 132-pound bracket.

The Del Norte wrestling team capped a strong season with two league championships and a good showing in the North Coast Section championships.

Curtis Bartley grapples in the NCS championship, where the freshman finished fifth in the 132-pound bracket.

It was an historic season on the wrestling mats for the Del Norte Warriors, who clinched a boys and girls H-DNL championship double for the first time ever.

The league title was the third straight for the boys team, and it likely would have been four straight had the H-DNL awarded a 2021 championship during the pandemic, while the girls ended Eureka’s recent dominance with their first-ever H-DNL pennant as a team.

Both teams followed that with strong showings at the North Coast Section championships one week later, with Savannah Williams placing third in her bracket and advancing to the CIF State Championships.

Williams, a third-year senior who is graduating early this year, won four of her five matches at the section tournament, with her only loss coming against Nhu Tran in the semifinal round.

All four of her wins were by pin.

She would go on to win a match at the state championships, finishing 1-2 against the best wrestlers in her weight division in all of California.

And she wasn’t the only Del Norte grappler to impress during the postseason.

Freshman Curtis Bartley placed fifth in the boys 132-pound bracket at the NCS championships, while sophomore Channey Schaad was eighth in the girls 106 division.

Of the nine Del Norte boys wrestlers who did compete in sections, seven made it to the second day and all but two of them are underclassmen, which paints a bright future for the team.

“The good news is the vast majority of the team is coming back next year,” the head coach said.

Bartley’s performance was particularly noteworthy because of his young age.

“A freshman taking fifth is a major accomplishment,” the head coach said. “Freshman section placers are few and far between, and next year he’ll be a year older, wiser and stronger.”

Channey Schaad, meanwhile, did a good job dictating her matches and keeping her composure against veteran opponents, and the performance was also noteworthy for a sophomore making her first appearance at the section championships.

The previous week’s league championships, which were held in Crescent City, were dominated by the host school.

The Del Norte girls won six individual titles, while the boys took home five, with the latter scoring 211.5 points and comfortably taking the team championship ahead of Fortuna (134.5) and Hoopa (126).

Taylor Zwierlein (128) and Autumn Thompson (160) each also placed second in their brackets, while Abbigail Stevens (118) and Alissa Roach (123) each placed third, giving the Warriors 10 top-three finishers.

Do you support the Supreme Court decision last week overturning Roe vs Wade?

Be careful with campfires to have a safe Independence Day

Be careful with campfires to have a safe Independence Day

Independence Day is for freedom, fun – not forest fires