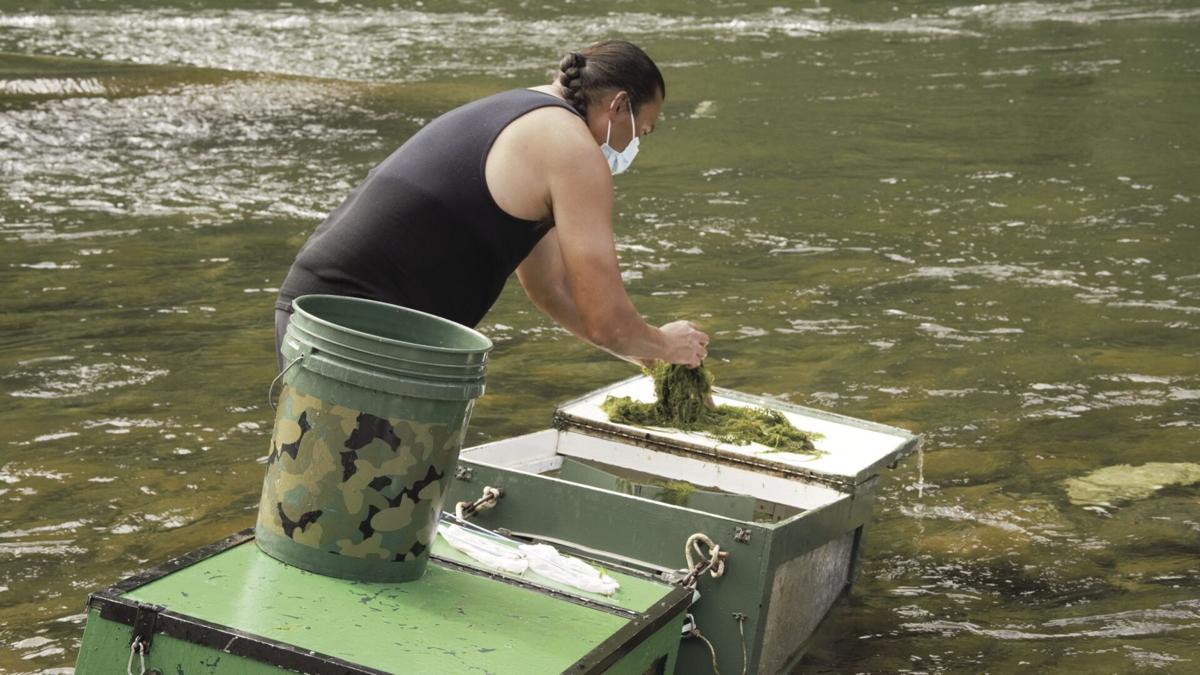 Gilbert Myers sorts through seaweed for dead or live fish. The trap boxes inevitably collect a fair amount of debris along with the fish. 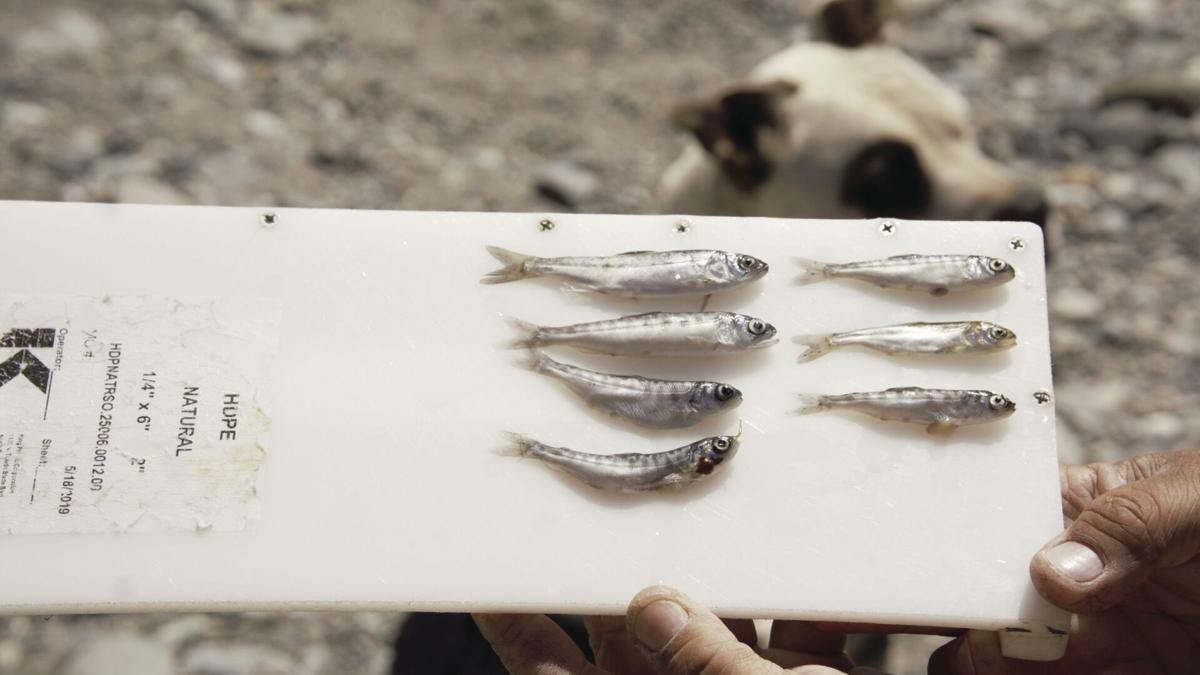 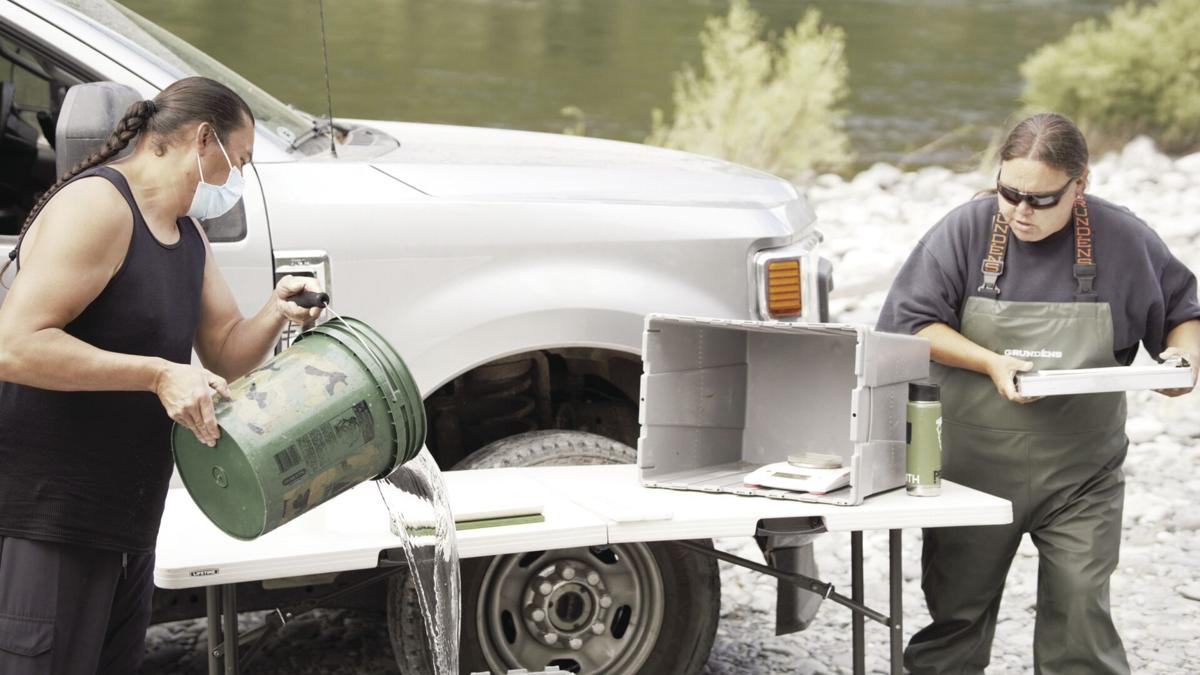 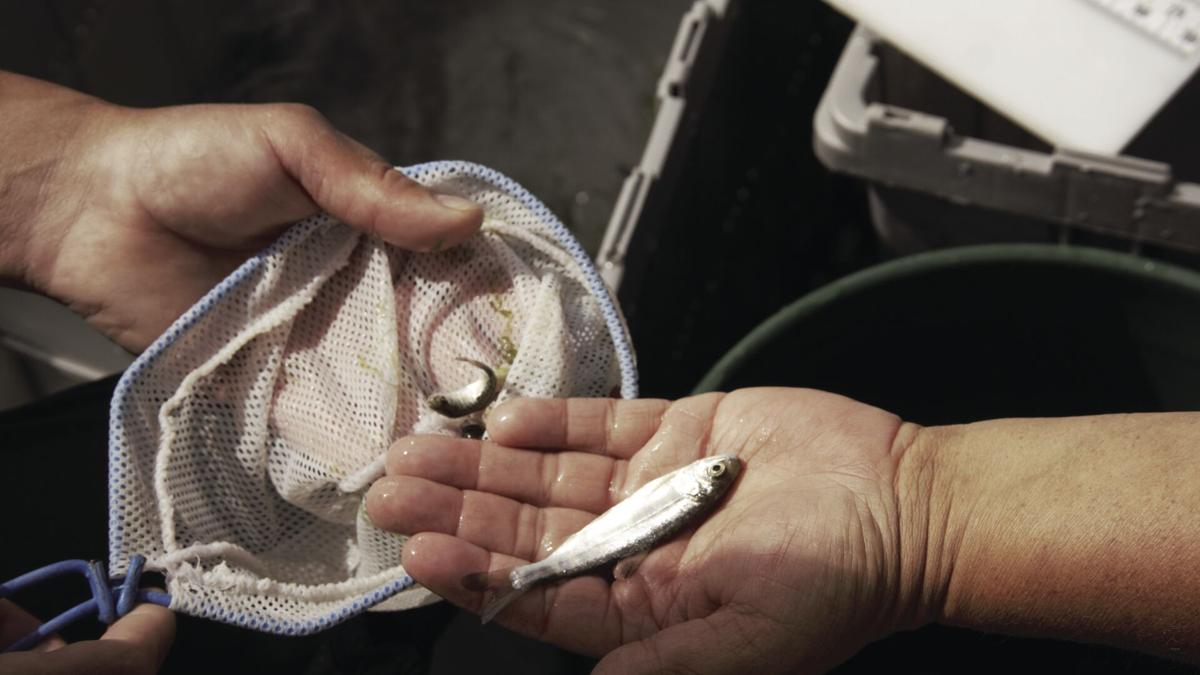 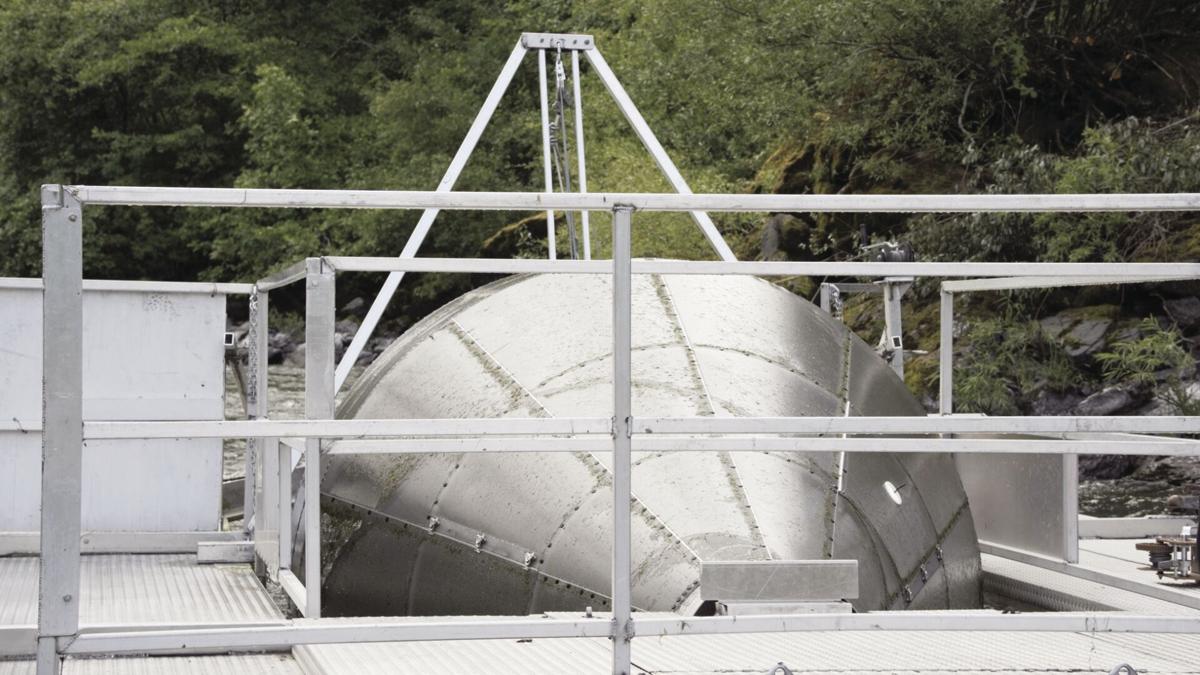 A rotating screw trap spins like a concrete mixer to catch and trap fish. The unique trap is housed on a barge secured to the South bank of the Klamath.

Gilbert Myers sorts through seaweed for dead or live fish. The trap boxes inevitably collect a fair amount of debris along with the fish.

A rotating screw trap spins like a concrete mixer to catch and trap fish. The unique trap is housed on a barge secured to the South bank of the Klamath.

The Yurok Nation is warning of an unprecedented fish kill happening in the Klamath River, the likes of which will likely result in thousands of dead salmon.

Every Spring, the tribe sets fish traps in the Lower Klamath, just upriver from the confluence of the Trinity River, near Weitchpec. The live traps provide a small snapshot of the river, as they collect various species of fish, including juvenile salmon, Steelhead Trout, Speckled Dace, as well as other river creatures like the worm-like Pacific Lamprey.

Fisheries technicians Jamie Holt and Gilbert Myers monitor these traps daily, performing general health inspections, as well as measuring and weighing each fish. On a normal day, they would find four or five dead salmon in their three traps, but mortality rates skyrocketed earlier this month.

The traps were yielding 60-80 dead salmon on a daily basis for consecutive weeks during the beginning and middle of May. In examining the dead fish, Holt knew something was drastically wrong.

“Being around here so long, we recognized it was a different type of mortality, it didn’t appear to be a naturally occurring one,” said Holt.

With distended bellies and bulging eyes, the fish were demonstrating tell-tale symptoms of being infected with the parasite Ceratonova shasta, said Holt. While C. shasta has been present in the water system in the area for a long time, the outbreak this year — driven by warm water temperatures and low precipitation — is unprecedented.

“In years past, when you have a die off, it seems to be very area specific, so you’re able to find your hotbed,” said Holt. “The hot bed this die off seems to be basin wide.”

On Tuesday, Holt and Myers caught a total of seven dead Chinook in their traps — a significant improvement from weeks past. Nevertheless, Holt grimaces at the thought of what this year’s kill will mean for future salmon runs.

Holt said a 98% infection rate among juvenile salmon caught in their traps this season is disconcerting, especially because many tribal members rely on salmon harvests for sustenance.

“It’s scary on a professional level because you really hope your life’s work is going toward nurturing and saving fish...We had a layout of 84 juvenile deaths, those 80 fish represent feeding a dozen families.”

This year, the tribe’s salmon harvest quota is 6,000 fish, equaling less than one fish per member. In years past, quotas were 12,000 or more. But, Holt stressed the importance of salmon to all people who interact with the river, not just the Yurok.

Until the removal of four upriver hydroelectric dams, which is tentatively scheduled to begin within the next year or two, the river will likely remain warm and of poor water quality. A desirable climate for parasites like C. shasta, Holt said.

“I don’t even know what this river looks like without salmon in it, and as Yurok people, our creation story is this is why we were put here; to caretake this river,” said Holt.