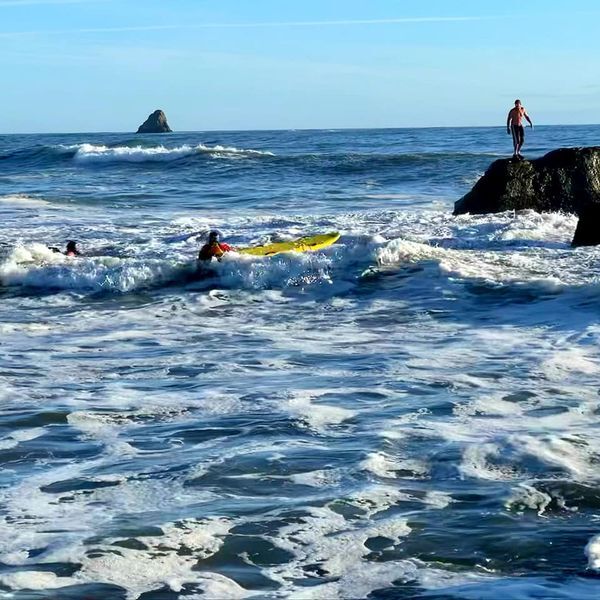 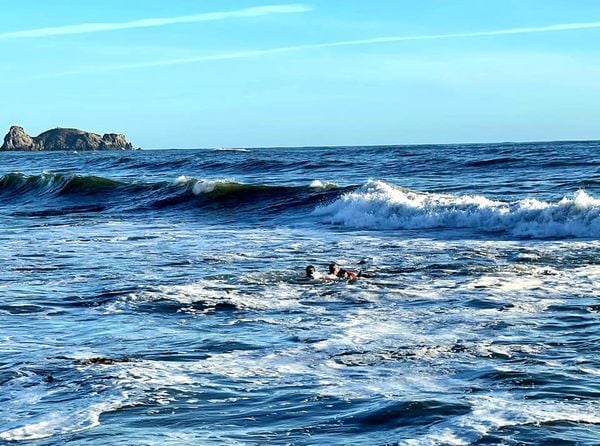 Several officers with the Del Norte County Sheriff’s Office are being hailed as heroes after rescuing a man who became stranded on a rock due to high tide.

The sheriff’s office received reports of an individual becoming trapped on a rock near White Rock Resort in Smith River. Witnesses reported the man would periodically be knocked off of the rock—some 100 yards off shore—by the surf, and had been stuck for several hours. The rock was surrounded by several other rocks, “creating a dangerous environment if the subject was forced off,” according to a Monday press release from the Del Norte Sheriff’s Office.

Several officers responded to the scene, and two, Deputy Lucero and Sergeant Ortega, began to swim out to the subject, eventually reaching him despite the violent surf. The rescued individual was then swam back to shore and transported to Sutter Coast Hospital by ambulance.

The tide was due to rise even higher later in the night. “Without their prompt rescue, the stranded individual would have certainly been washed off the rock and been significantly injured or perished in the surf,” wrote police.

"I am never short of amazed by how quickly DNSO staff coordinates and responds. This event serves as a reminder that we are here and willing to do what needs to be done so that our communities are safe. All of the deputies and support staff that coordinated and participated in this response are heroes. I would like to especially recognize Sergeant Ortega and Deputy Lucero for their efforts. The ocean is a dangerous, unforgiving and unpredictable environment. They put themselves in harms way so that another person may continue to live. They are the definition of selfless and exemplary first responders,” said Sheriff Erik Apperson in the release.