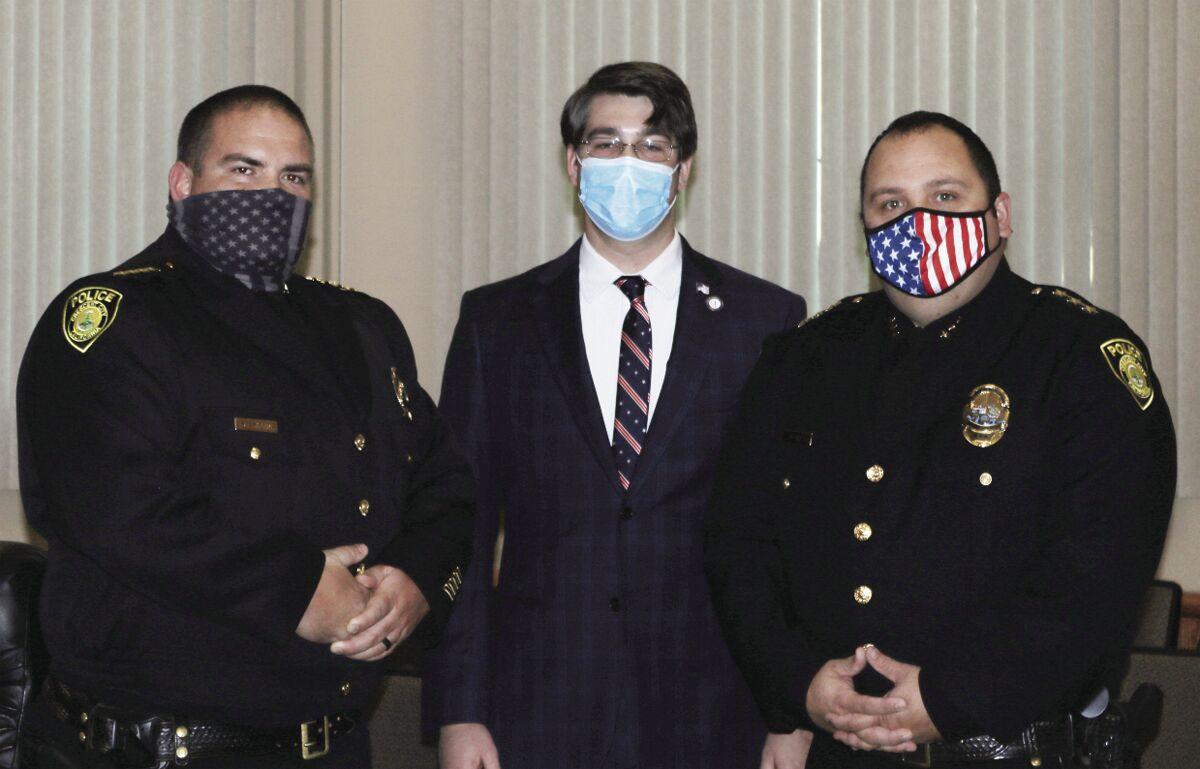 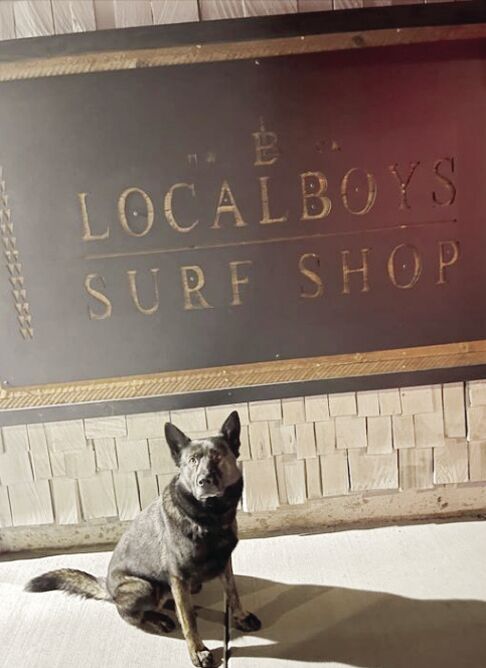 The Crescent City Police Department’s K9 officer Kai has been busy visiting the community in an effort to keep streets safe.

This week marks two years since Richard Griffin stepped up from within the ranks of the Crescent City Police Department to become its police chief.

Also this week, Justin Gill was promoted from sergeant to lieutenant - the latter advancement reflecting Griffin’s intention to create a greater level of administrative and leadership structure within the department.

“I’ve got 13 years left to do this job,” said Griffin during a sit down interview last month. “Having a good number two person that I can say ‘Hey, I’m going to take a week off here and it’s in your hands’ - that is something that is gonna be needed for longevity and structure.”

According to Griffin, four people turned in applications for the lieutenant position and the candidates were vetted by him and City Manager Eric Wier.

The new role will focus primarily on administrative and police department leadership.

“We chose him (Gill) because of his work ethic and ability to grasp administrative duties,” said Griffin.

The promotion also signifies a step forward in meeting the objectives of Measure S, a 1% transaction and use tax sales increase that was passed by voters in November and went into effect six months ago.

In May, Griffin informed the city council that the $1,646,885 of Measure S funds would allow the police department to meet the following needs:

Staffing additional police officers, including a detective and a lieutenant, as well as another K-9 officer.

New vehicles, such as detective and special assignment vehicles.

Facility needs, including improvements to the existing station in the short term and a new police station as a long-term goal.

Many of Griffin’s plans for using Measure S funds have come into fruition.

“We’ve been full-staffed for almost two years now,” said Griffin, who added that the Measure S funds will allow the department to grow from 12 to 15 sworn officers over a period of three years. Interviews to hire the first of three officers have begun, and an announcement is expected soon.

“We will be moving to one sergeant and two officers on each shift,” said Griffin. “Currently, we have a sergeant and one officer, and for 12 hours a day we have a cover.”

“I am just excited about our future Crescent City Police Department because we have a lot of community support and the support of the city council,” added Griffin. “It was really great to see that it (Measure S) was going to pass, and it allows us to have a full shift.”

One of two of the specially-assigned vehicles also hit the streets last month, though some may not have noticed because the large truck wasn’t customised to include a cage, lights and the Crescent City PD logo until just recently.

It makes sense that law enforcement vehicles would be more rugged, particularly in a rural environment. The large, more stately vehicles are commonplace in the Del Norte Sheriff’s and local Tribal law enforcement agencies, and are coveted not just for their ability to ascend tough terrain, but for their practicality.

“The ultimate goal is to make this a destination city on the west coast,” said Griffin. “There’s a lot that we have to offer, so really we are seeing how we connect and what our role is with the city to help facilitate that.”

One such approach is that of the “broken window theory” first studied by Philip Zimbardo, and then introduced by George Kelling and James Wison. The theory holds that visible indicators of blight invite criminal activity.

“If you leave a shopping cart on the street for two days, then all of a sudden it’s just acceptable that people are walking around with them,” said Griffin.

Prior to the last months’ addition of the truck, the CCPD returned rogue carts to Safeway, Wild Rivers Market and other retail stores by handcuffing them to the bumpers of the smaller police vehicles.

“I put that out to my guys first thing,” said Griffin. “I said ‘No, we are going to enforce this ordinance.’ It’s stolen property worth $600 for each cart. We are doing the right thing getting those back to the stores.”

A couple of frequent flyers of stolen grocery carts have also been prosecuted.

As for other achievements, Griffin said he is most proud of two recent upgrades: The Axon body camera system, and internal training capabilities of the department’s officers.

The Axon system, which was also made possible through Measure S funds, means that each officer’s sidearm triggers the bodycam to go live as soon as a weapon is taken out of its holster.

“Say I get ambushed and forget to turn my camera on,” said Griffin, while standing up to show the recently installed switch near his gun. “If I activate my gun or taser, it activates the video camera. It activates mine, as well as any other officer within a 50-foot radius.”

Footage that, according to Griffin, increases transparency with the district attorney’s office and allows the department and the public to share videos through direct and immediate downloads on the Axon system.

“Before we had to make CDs,” said Griffin. “Now we can just shoot it across in an email and citizens can also upload videos and send them through axon.com.”

Axon also makes it possible for officer’s to work on de-escalation virtual training during “downtimes” in their shift, and Griffin said the next phase includes adding dash cameras to patrol cars - footage of which would automatically upload into the department’s system as patrol vehicles roll onto the department’s backlot.

POST, the Commission on Peace Officer Standards and Training, is an annual compliance resource that officers must meet by completing 24 hours worth of training in areas like proper arrest procedures and firearms.

Previously, Crescent City police officers needed to travel to Fresno to complete their mandatory training, but Griffin said that some of the officers within the department recently completed certification courses within POST - making it possible for training to occur closer to home.

“I don’t need to send officers down to Fresno, that was just costing taxpayers more money,” said Griffin.

The internal ability to deliver POST, or what Griffin referred to as ‘perishable skills,” also frees him up to focus on more advanced law enforcement capabilities, such as detective work.

Adding a detective is a priority for the department moving forward, particularly as Crescent City - like many towns - are experiencing a different level of crimes.

“We are starting to see more and more crimes that are upscale,” said Griffin. “I mean, yeah, we had the bank robbery, but it just seems to be kind of ticking up.”

As Griffin continues to focus on improving the department and the community he lives in, he stated that transparency and keeping the community informed are high priorities.

This means reaching out to the 5,500 people subscribed to the department’s social media page - which had only 1,000 subscribers two years ago, attending school and city council functions, and showcasing Kai - the department’s beloved K9 german shepherd patrol dog.

It's nice to see all three men wearing face masks.