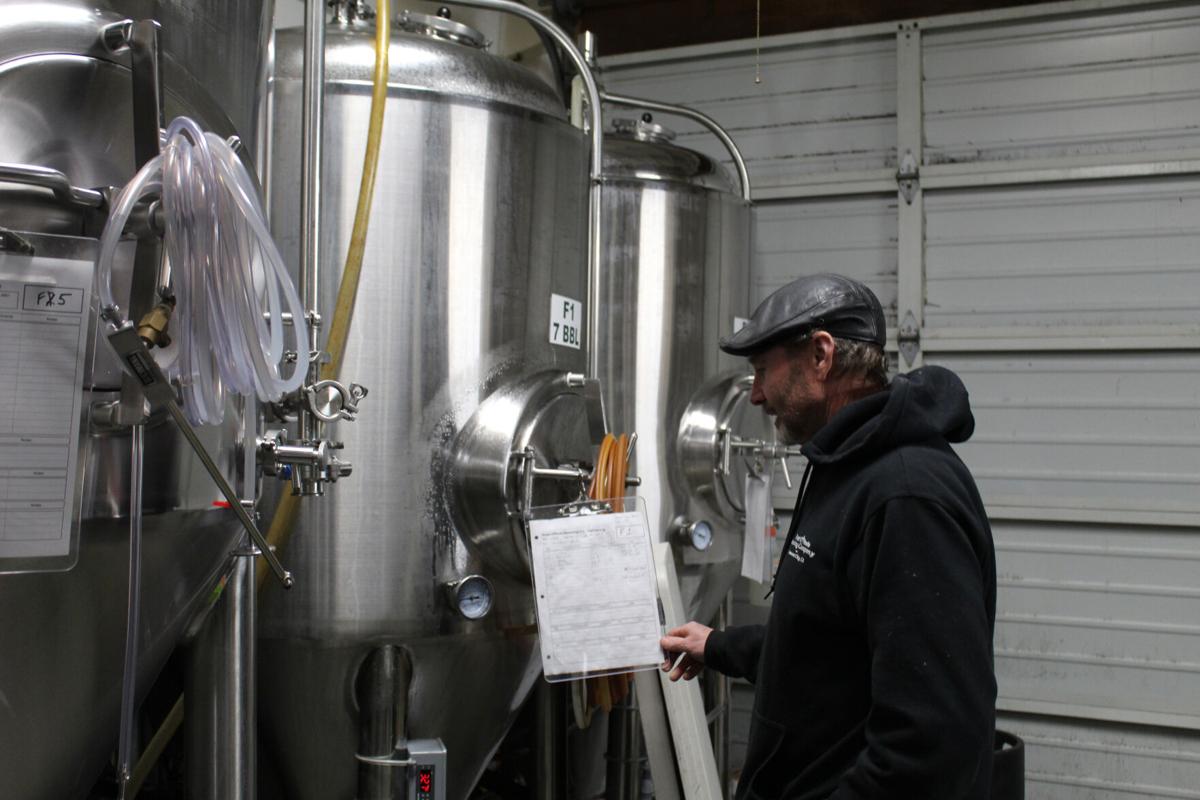 Rick White, the owner of Port O’Pints, says his newest beer is almost finished. An artist has already worked up the label design, and White expects the batch to be done in the next few weeks. 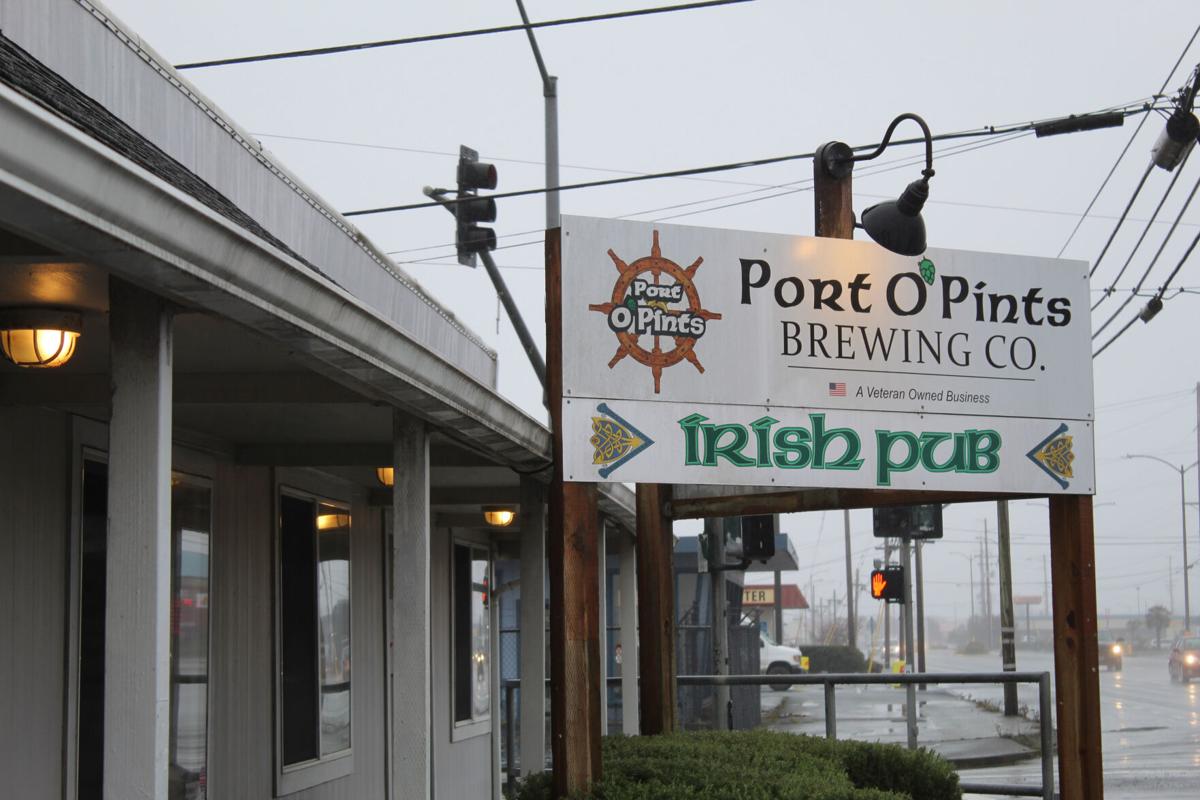 Port O’Pints opened in Crescent City in 2015, replacing the car stereo story which used to occupy the building on Northcrest Drive 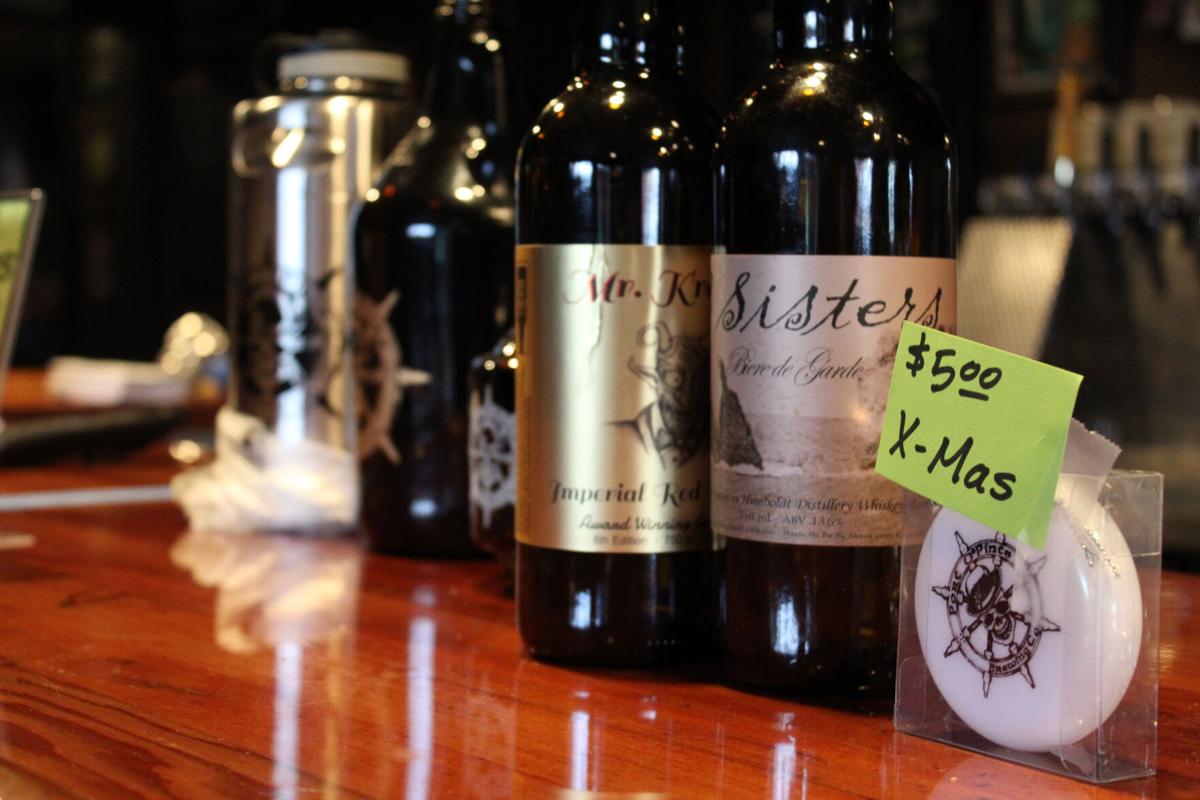 Rick White brews the Mr. Krampus Imperial Red Wassail each winter. Its spiced flavor, with notes of cinnamon, nutmeg and orange peel, offers the drinker a warm up, he says, and its size and style make it an appropriate dinner party gift. 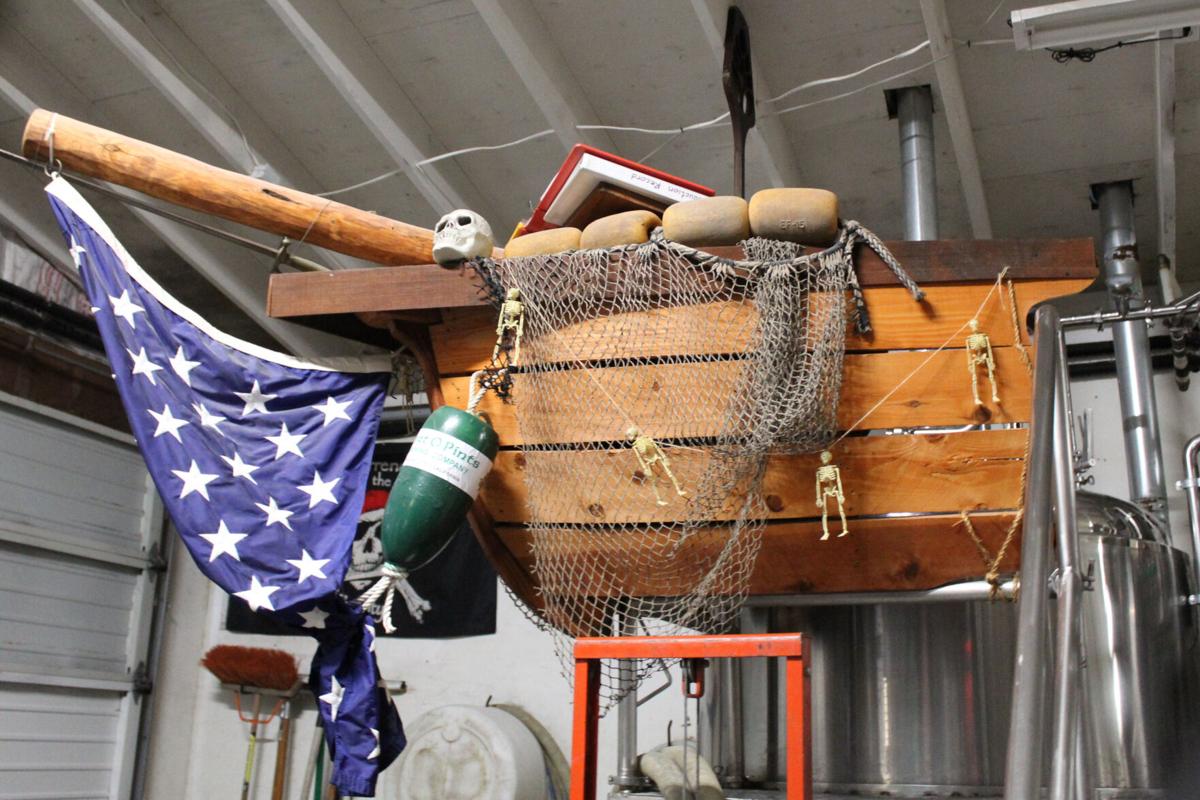 The brewery equipment at Port O’Pints has a ship’s hull on its side.

Rick White, the owner of Port O’Pints, says his newest beer is almost finished. An artist has already worked up the label design, and White expects the batch to be done in the next few weeks.

Port O’Pints opened in Crescent City in 2015, replacing the car stereo story which used to occupy the building on Northcrest Drive

Rick White brews the Mr. Krampus Imperial Red Wassail each winter. Its spiced flavor, with notes of cinnamon, nutmeg and orange peel, offers the drinker a warm up, he says, and its size and style make it an appropriate dinner party gift.

The brewery equipment at Port O’Pints has a ship’s hull on its side.

Awards are nothing new for Rick White. His brewery, Port O’Pints, wins them all the time.

He’s even won some during the pandemic. Just this month, his brewery won a silver medal for its strong, barrel-aged Belgian and a bronze medal for its root beer.

After a few good years getting established in town and within the community of “beer geeks” across the northwest and the country, White said the brewery was looking forward to a strong year in 2020.

That all changed, of course, when a virus turned the world upside-down.

“You finally feel like you’re on your feet, the five-year mark,” White said. “Now, this has kind of left a sour taste in my mouth.”

White got into the business of brewing after a career in architecture around a decade ago. But with the future uncertain during the COVID-19 pandemic, White’s trying to hold on to his brewery as long as he can.

That’s like many businesses in the community, White said: Mom and pop shops have to hold on tight during the winter months, using up credit they’ll pay off when warm summers bring tourists up and down the highway.

“The local customer base keeps us in business,” White said. “The tourists make us profitable.”

But this summer, the tourists didn’t come as often. And now, with Del Norte County under the state’s highest level of COVID-19 restrictions, the brewery and pub have been seeing — in good weeks — only a quarter of the business they’d once expected.

And it doesn’t just impact White. He had to lay his staff off, and he was never able to offer them health insurance. He wasn’t able to hire nearly any music acts this year either, compared to the 150 to 200 bands and artists his pub supported the year before.

His customer base has been supportive as the pub offers to-go beers and food and offered in-person dining when it was allowed by the state, he said. In his view, much of the struggle comes from politics.

“We pretty much got run over by this whole political debauchery that went on,” White said. “There was not logic in a lot of decisions made.”

White — a veteran, an architect by trade and a brewer who makes beer because he likes the science of it all — points to the case numbers. In his view, restaurants and bars shouldn’t be shuttered, since many traceable cases come from house parties and indoor social gatherings, not places like his brewery.

And relief for small businesses hasn’t been equitable, White said. He received some money from the federal Paycheck Protection Program, but not as much as some other businesses received.

Many of the state and federal politicians, on every side of the aisle, don’t understand what small businesses are up against, he said. For example, the energy costs for Port O’Pints’ brewing machinery and cold storage room remain the same, no matter how much business he’s doing.

“We’ve really had to bite the bullet on this one,” he said.

White opened the brewery, which he co-owns with his wife, in 2015. The building, which used to be a car stereo store, needed a significant makeover.

The soundproof stereo test room became a cold storage room for kegs. The stereo installation garage filled with brewing tanks. A bar rose from the floor of the store’s showroom.

Fortunately, White had the experience to make those changes. Before he got into the business of beer, he had a career in interior architecture in Las Vegas.

Many of the major hotels on the Vegas Strip have White’s mark on them — he designed restaurant interiors and hotel suites from floor to ceiling.

But Vegas wasn’t the place for him. He’d spend his weekends outside of “the jungle,” the term he used to describe the mess of activity within the city itself.

Then, a chance connection opened the next door for him. The brewmaster at Big Dog’s brewing in Las Vegas invited him to shadow the brewing operation every Tuesday for a handful of months after White mentioned he was interested in learning about the process.

That was around 2008. By 2010, White was working for Great Basin Brewing in Sparks, Nevada, on the bottling line, and later as a full-fledged brewer.

Five years later, and after racking up a wall full of ribbons and medals from brewing competitions, White made the leap to open his own brewery, this time in Crescent City.

He’s hoping to keep it up and running as long as he can during the pandemic.

“We we’re still trying to keep our wits about us and keep our humor going,” White said.

He’s been trying to find ways to “bail out,” like selling unneeded equipment for some extra funds he said. The business community has been helpful too, he said.

The Brewer’s Association has been a helpful advocate in Sacramento, and a conduit for the latest information about future restrictions, he said. And other breweries and restaurants in Del Norte and Curry Counties have been collaborating, sharing supplies, food and best practices for working under COVID restrictions.

The best moments of the pandemic have been those when the pub’s been open. That’s given him the chance to be around his customers and staff.

“When you have people around, you get a glimpse of what you got into business for.”

He’s still brewing new beers during the pandemic, too. His next release is fermenting now, and will be out in the next few weeks.

He plans to name it after Captain Courageous, a black Angus which survived the 1964 tsunami and floated from Klamath all the way to Crescent Harbor.

“We don’t want to give up the minute before the miracle.”

Do you believe the COVID-19 pandemic will end by this summer?

Musicians ready to get back to playing

Building a digital defense with some spring cleaning

Curbside Services are Here to Stay

Musicians ready to get back to playing

Building a digital defense with some spring cleaning

Curbside Services are Here to Stay