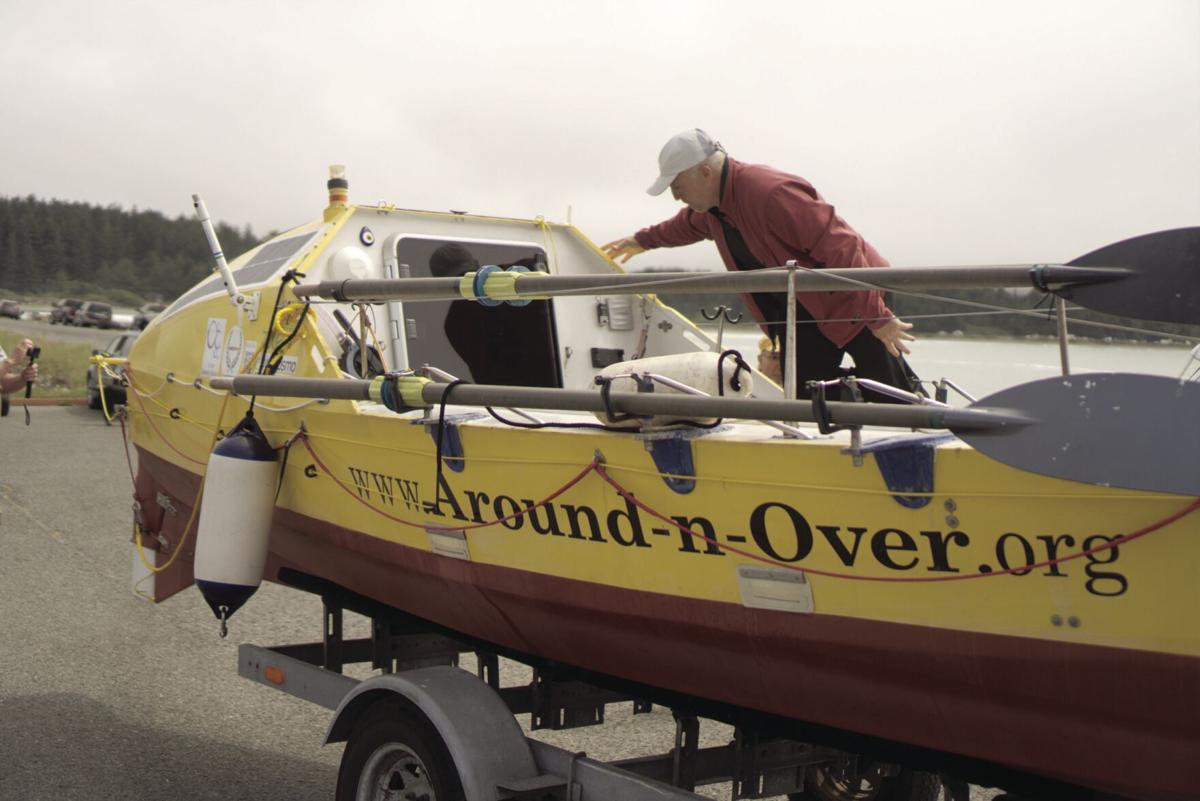 Erden Eruc looks over the boat one last time before dropping it into the water. A small cabin allows Eruc to sleep comfortably out of the elements, or hunker down in a storm. 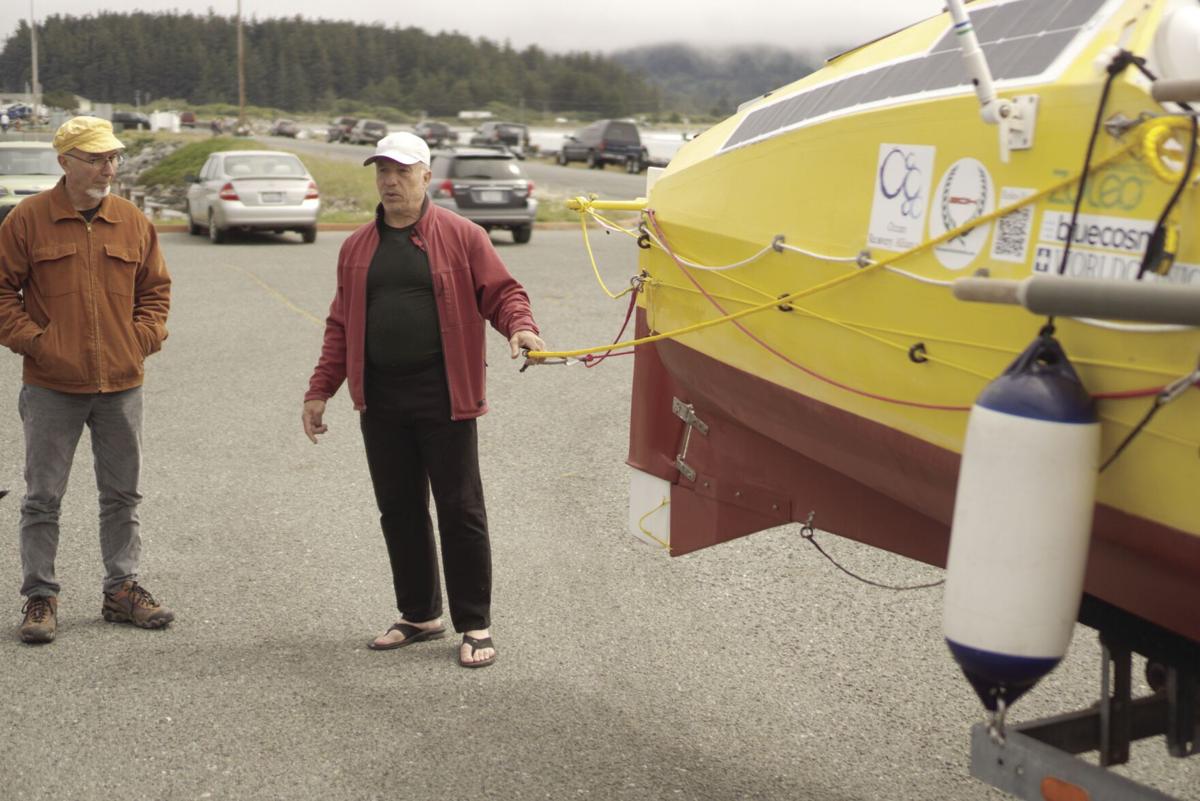 Erden Eruc explains how a para-anchor can be deployed from his tow line to secure the boat in unnavigable seas.

Erden Eruc looks over the boat one last time before dropping it into the water. A small cabin allows Eruc to sleep comfortably out of the elements, or hunker down in a storm.

Erden Eruc explains how a para-anchor can be deployed from his tow line to secure the boat in unnavigable seas.

If all goes according to plan, Eruc will reach Hong Kong shores by March of 2022. He already holds 15 Guinness World Records, including being the first person to row across three oceans and most career days at sea for a solo rower at 844 days. Eruc is also the first person to circumnavigate the globe by human power, a five-year mission he completed in 2012.

During his first row across the Pacific in 2007 — yes, he’s done this before — Eruc had to pause his journey for five months due to a swelling monsoons in the South China Sea. This time, Eruc is determined to complete the row without pause.

“I won’t stop unless I have to. The idea is to do it non-stop, unassisted,” said Eruc.

Before setting off, Eruc explained the ins and outs of his 24-foot, yellow rowing vessel, the “Around-n-Over” to a small group of fans who came to view the launch.

On board, a handy gadget called a desalinator will turn salty ocean water into fresh drinking water, and plenty of lightweight, freeze dried food can sustain Eruc for the estimated 9-month trip.

Additionally, a satellite phone and modem will allow him to communicate with the outside world, as well as check weather patterns, and a para-anchor allows Eruc to brace the boat in unnavigable seas. Para-anchors work like an underwater parachute to secure small boats in deep-water.

Eruc also discussed the challenges he will face along the way, including potential typhoons, hurricanes and unpredictable currents. He said storms are changing due to climate change, and he’s pragmatic about his chances of running into one.

“Storms are happening earlier and extending later in the season. They’re happening more frequently, and [they’re] stronger. All of those things are working against me,” said Eruc.

Along the way, Eruc will give educational presentations to children about the plastic pollution problem in the world’s oceans through a partnership with the Hong Kong nonprofit Ocean Recovery Alliance. Eruc said he has witnessed the plastics problem firsthand during previous ocean rows.

Additionally, Eruc will be periodically dragging a hydrophone underneath the boat to gather and record ambient ocean sound, which he will pass along to scientists with the National Oceanic and Atmospheric Administration for research purposes.

As if rowing across the world’s largest ocean isn’t hard enough, Eruc doesn’t plan to stop once he gets to Hong Kong. In fact, he plans to travel by foot and bicycle to the base of Mt. Everest, which he plans to summit in the fall of 2022, as part of his Six Summits Project.

The Six Summits Project is Eruc’s goal to summit the tallest mountains on six continents. He has already climbed three of them: Mt. Denali in North America, Mt. Kosciuszko in Australia and Mt. Kilimanjaro in Africa. Eruc began the project after he lost his friend Goran Kropp in a rock climbing accident. He was climbing alongside Kropp when he died.

After he launched Tuesday night, the small group of dedicated family, friends and fans looked on from the jetty as Eruc and his yellow boat became just a blip on the horizon, and then disappeared.

Eruc's journey across the Pacific can be tracked in real time at: http://www.erdeneruc.com/tracking