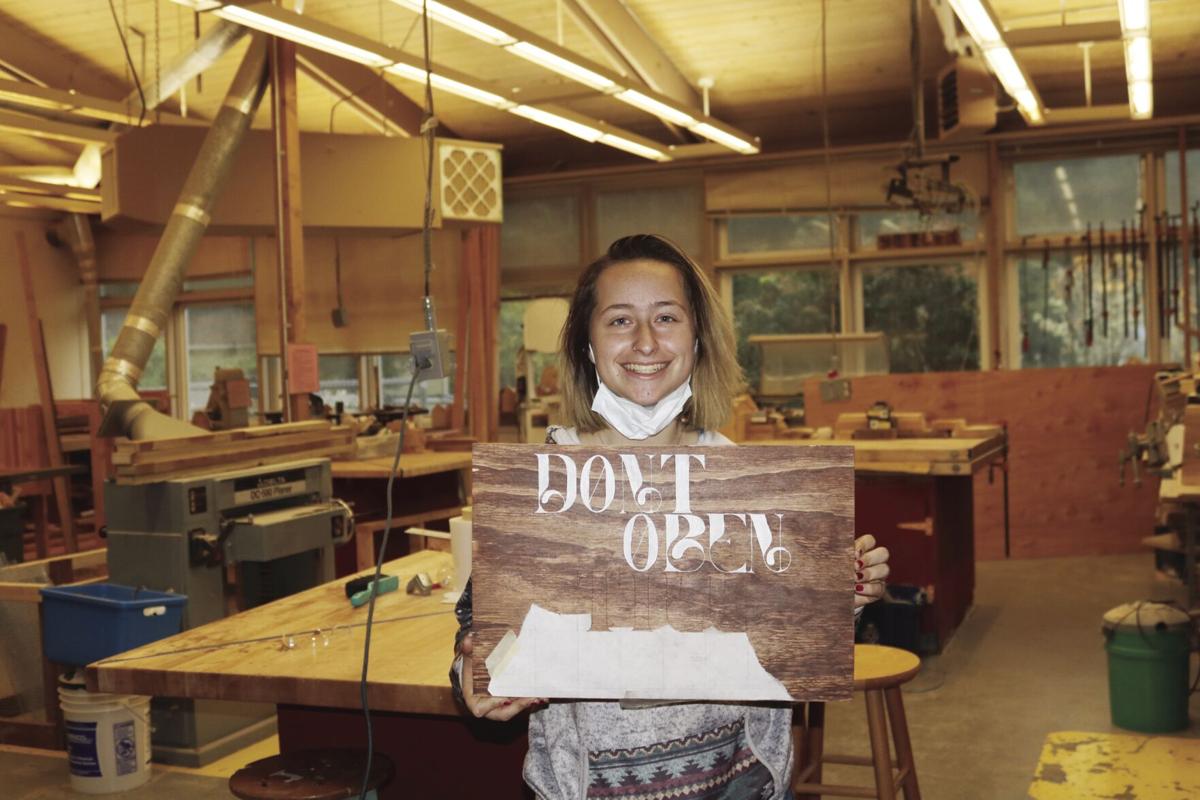 Senior Jewel Pincombe holds a sign that will be placed on top of the time capsule. 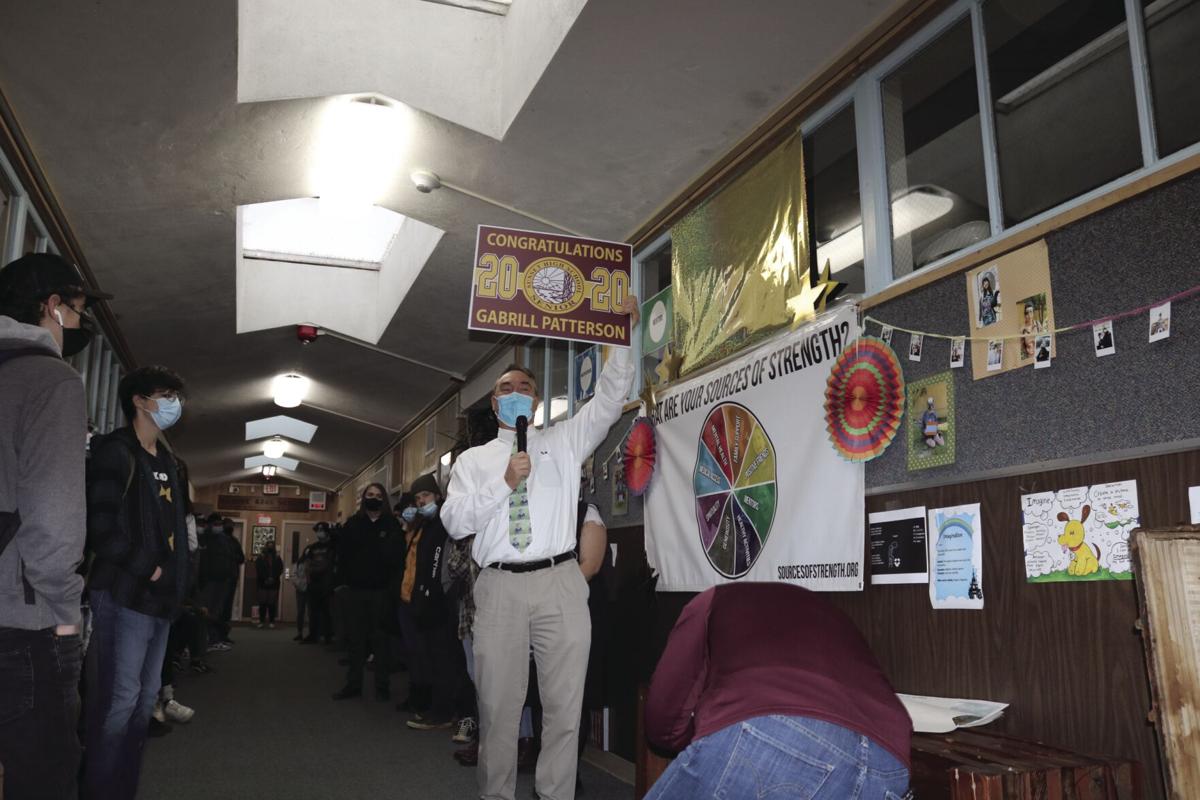 Former Sunset student Gabriel Patterson donated a lawn sign to be placed in the time capsule. 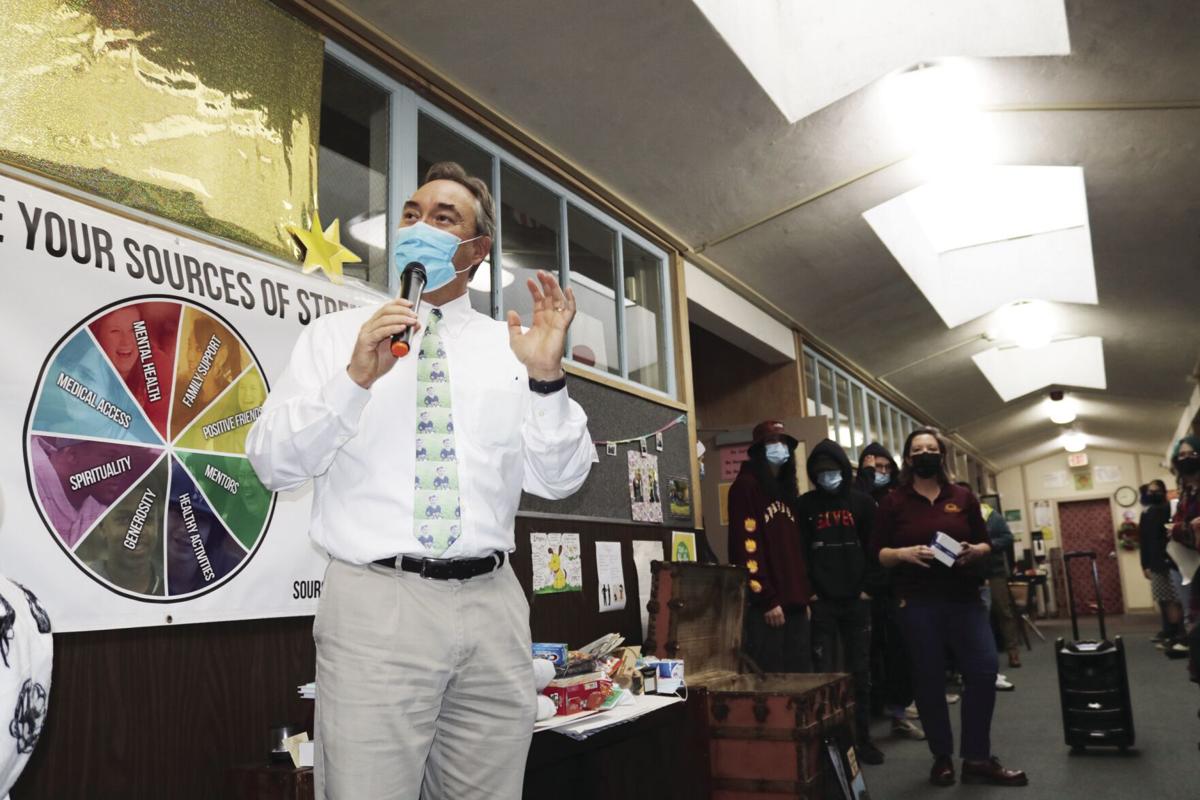 Sunset Principal Tony Fabricius explains the importance of the time capsule as students prepare to put items inside.

Senior Jewel Pincombe holds a sign that will be placed on top of the time capsule.

Former Sunset student Gabriel Patterson donated a lawn sign to be placed in the time capsule.

Sunset Principal Tony Fabricius explains the importance of the time capsule as students prepare to put items inside.

What do face masks, Flamin’ Hot Cheetos and student journals have in common? They are all part of a larger collection that went into Sunset High School’s most recent time capsule.

On a recent Monday, roughly 80 students at Sunset High gathered on campus to review the items they selected for the capsule, and to throw in a couple of last-minute additions.

The capsule - or more accurately, a large steamer trunk - now sits at the Del Norte County Historical Society and won’t be opened until 2046.

“We are preserving a bit of what’s happening right now in Del Norte County, and this is their chance to leave their mark and come back in 25 years to look at things that have represented us over the last two years,” said Sunset High Principal Tony Fabricius.

The morning event started out quietly. In one classroom, Christmas lights provided a less jarring ease into the day than the turned-off overhead fluorescent lights might have. As the school’s principal rattled off “kudos” for the week, students sat and appeared as slow moving as the resident goats that could be seen chewing bits of grass on school grounds outside.

But as students got up from their desks a half hour later and met in the hallway, their energy level kicked up a few notches.

One student quickly grabbed a bottle of hand-sanitizer, emptied it, and threw it in the trunk. “We’ve used a lot of this this year!” she said, prompting laughs and groans from her classmates.

Fabricius held a microphone, calling out the many contents held up by Sunset High teacher Kelly Troyna before they were placed into the capsule.

Some of the items included yearbooks from the last three years, a roll of toilet paper (as a reminder of its shortage at the onset of COVID-19), letters that students wrote to themselves, a copy of the Triplicate, an unopened gift from Washington D.C. to one of the students whose essay made the final round during the Capitol Christmas Tree event, a Sunset High visor and a couple of deactivated cell phones.

“We also put in a roster of the kids,” Fabricius said. “Whoever is around in 2045, we are hoping that someone will reach out to them.”

This is Sunset High School’s second time capsule. In 2017, the historical society called Fabricius and told him that they had kept a watchful eye on a time capsule placed in their care in 1992, and that it was time to return it.

“We didn’t even know we had one,” Fabricius said. “What’s funny about it is that it was in one of the exhibits - a jail cell. For years, anybody who went to the museum, whether it was me or the kids, we walked right past it and didn’t even know the trunk was ours.”

The previous trunk was opened the last week of school, in June 2018. Three former students, now in their 40s, were there to watch it happen. Some of the items had been damaged due to an exploding soda can and other perishables, but most of it was intact.

“We had a pretty cool assembly and opened it in front of the entire school,” Fabricius said.

Twenty-five years from now, Fabricius said he hopes more students will be able to return and watch the unsealing of the capsule, and joked that he will start eating better and walking so he is healthy enough to be a part of that plan.

“There’s a lot of pride in our school, and we don’t know what 25 years from now will bring,” Fabricius said. “We’ve got great kids here and I hope that in 25 years they will realize that.”