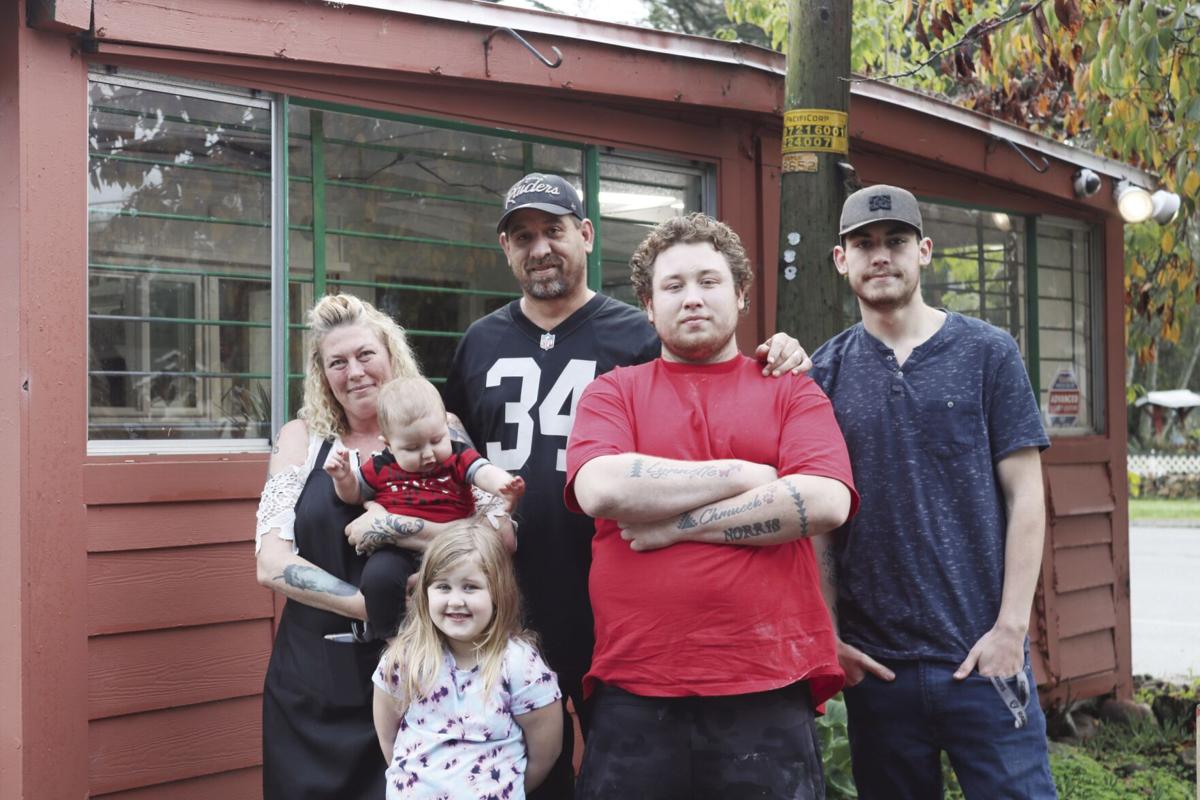 The Norris family got an unexpected cash settlement that they used to purchase a local business that helps those in the greatest need. 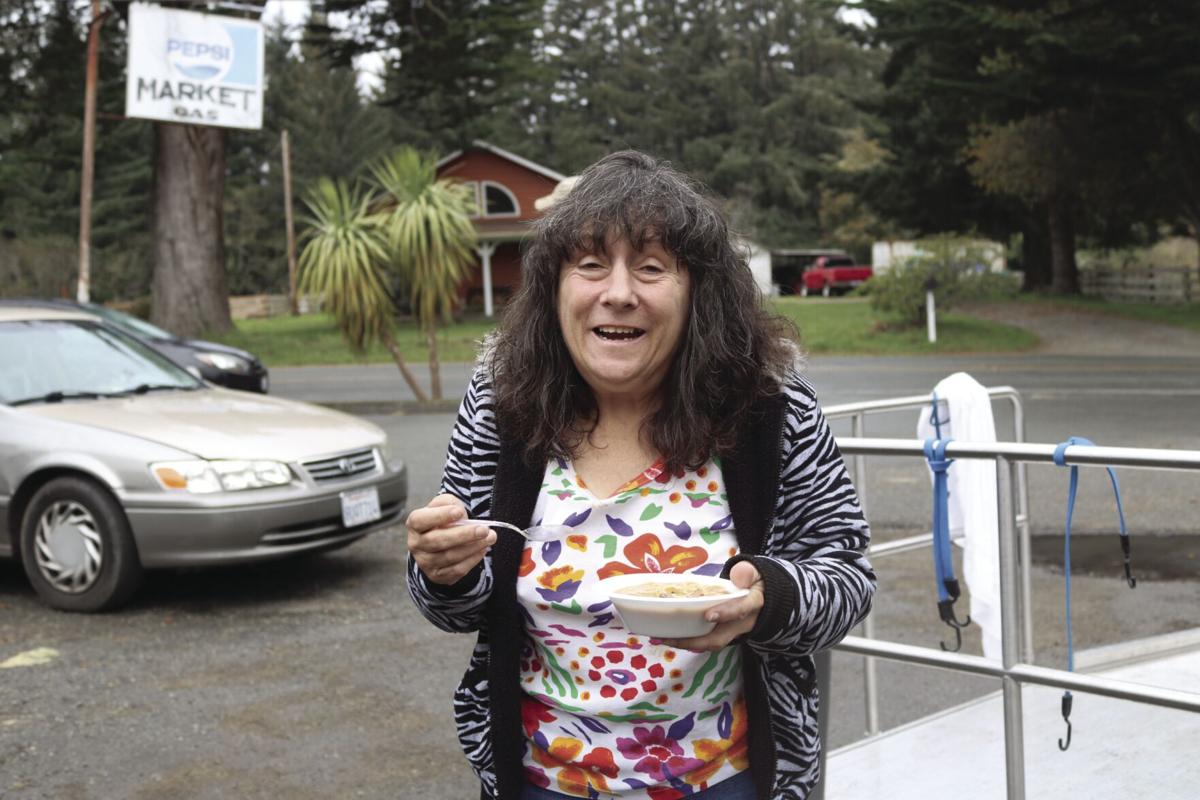 Nena Pruitt is all smiles as she enjoys chicken noodle soup she received at the Park City Superette.

The Norris family got an unexpected cash settlement that they used to purchase a local business that helps those in the greatest need.

Nena Pruitt is all smiles as she enjoys chicken noodle soup she received at the Park City Superette.

A local family that received unexpected cash from an Elk Valley Tribal settlement has reinvested that money back into the community.

“We moved out of town in 2013, and when we came back in 2017. I said ‘If we are going back let’s do it big,’” said Cherece Norris, whose husband Eric and their two sons - Eric Jr. and Brent - are descendants of the tribe.

By doing it big, Cherece said she went to College of the Redwoods where she earned a teaching credential, then opened a home-based early childhood education program funded through Head Start.

Cherece said they figured that was their path.

But then, two events changed the Norris family’s trajectory: They received a tribal settlement and the Park City Superette in the Bertsch-Oceanview track put a for sale sign in the window.

“My husband and kids grew up in that store,” Cherece said.

In 2018, the family purchased the store and in May of this year, they also bought a stand-alone building in the store’s parking lot - where the Norris Family Kitchen opened in September.

Both businesses sit off Elk Valley Road and have quickly become a hub for the roughly 2,500 people who live nearby.

On Saturdays, as many as 30 Indian Tacos are ordered to go or are eaten at one of three booths within the restaurant - making up for about a third of the items sold to the 75 to 100 customers who come each day.

“A customer said he has lived on three reservations and this is the best he has ever had,” said Cherece, who added that the recipe is something that her husband refuses to share, even with her.

Indian tacos include fried bread that’s crispy on the outside and chewy on the inside, topped with seasoned ground beef, beans, guacamole, cheese, tomatoes and more.

Opening up the restaurant seemed to be a natural direction for the family because prior to its opening, Eric senior would wake up as early as 4 a.m. to prepare burritos and biscuits and gravy to sell from the superette.

That job has since been taken over by Eric Jr. so his dad and brother, Brent, are able to prepare for the restaurant’s lunch crowd.

Drive by both businesses located off Elk Valley Road, and it’s evident that the family business has become a place for the community to congregate. Locals buy groceries and hang out to visit. People who live across the street in “the swamps” stop by to see what food is available in the pantry - where a collection of Yurok Tribe-provided food boxes and other donations await for people who can’t afford to purchase items.

On Tuesdays, a large mobile shower unit funded by the County of Del Norte and operated by the Del Norte Senior Center and Mission Possible pulls into the lot.

Gordy, a regular who showed up last week, had to be gently prodded to wrap up his showering time.

“Are you doing all right in there Gordy?” asked the volunteer.

A few minutes later Gordy sat on a chair outside, hair still wet while that same volunteer helped him with his shoelaces.

About 15 feet away, Daphne Cortese-Lambert, founder and director of homeless services at Mission Possible, belted out a friendly “Hello!” as Mark Evans walked toward her.

Evans had just left the coffee station and held a bag full of clothes, courtesy of the de Paul Society.

“What about a toothbrush?” Cortese-Lambert asked Evans.

“We also have Narcan and cleaning supplies, do you want either of those?” she added.

“I’ve been coming here since they started, and it's a really good thing,” Evans said. “I come for the food, the goodie bag and they have really good coffee.”

Around the corner and in the back of the store, community members and residents of the swamp sit down and casually talk about their week while eating steaming bowls of chicken noodle soup, courtesy of the Del Norte Senior Center.

“Thank you all for doing this because this is so delicious and it would cost at least eight dollars at a restaurant,” said Nena Pruit, who just turned 60.

Amanda Haney, assistant director at the senior center, said they recently reached the 500-shower mark between the Norris Family and Open Door Community Health Center locations, both of which offer the service on the same day.

“All of this happens because of the partnership within the community - Pacific Pantry, the senior center and the amazing volunteers that just show up no matter what the weather is like,” added Cortese-Lambert.

“I’m really grateful that Cherece opens up her place for us like this every Tuesday,” said Haney.