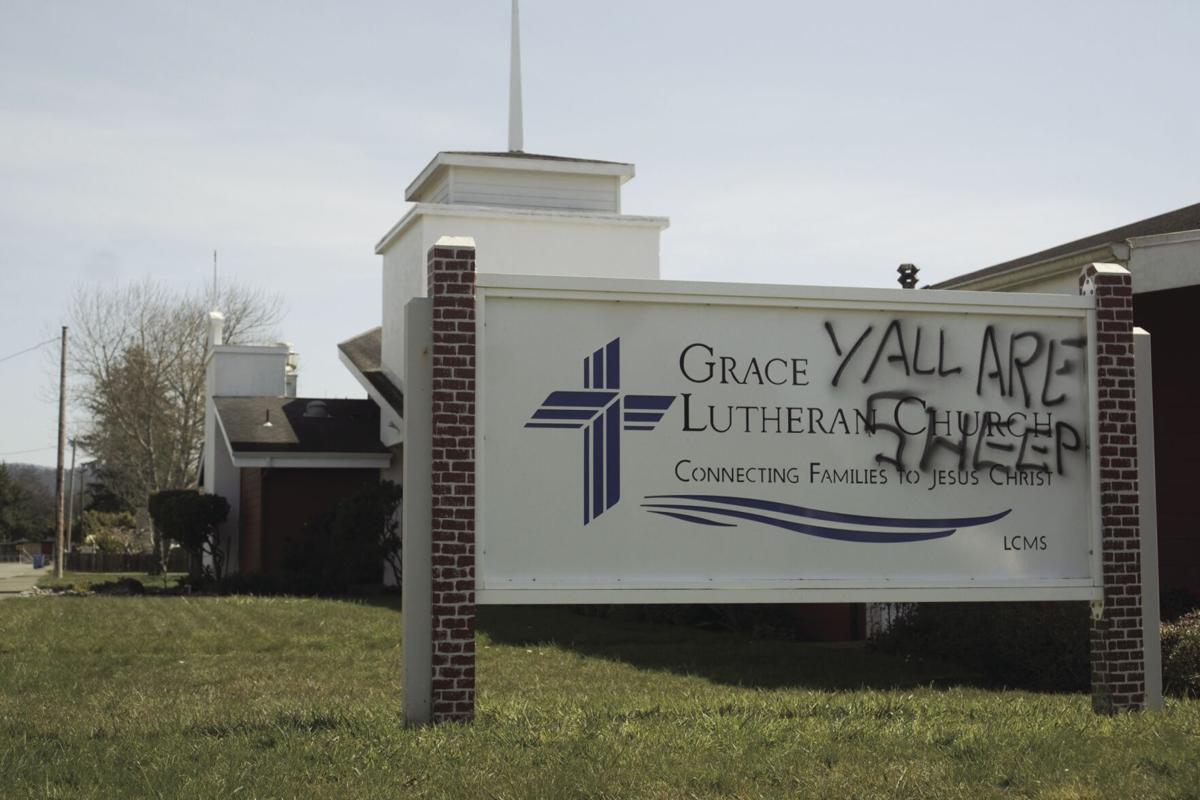 A vandal spray painted over the church sign at Grace Lutheran Church, one of many spots hit Monday night or early Tuesday. 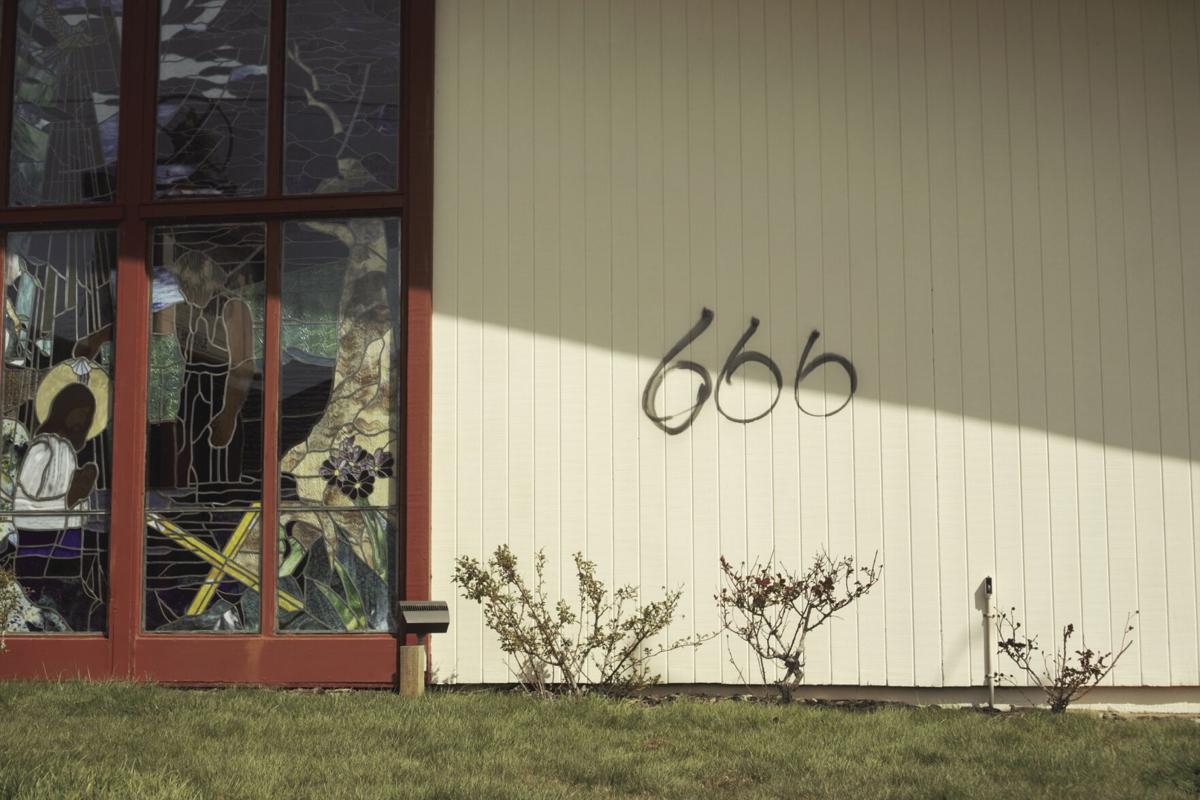 A vandal spray painted over the church sign at Grace Lutheran Church, one of many spots hit Monday night or early Tuesday.

Police are searching for a vandal after businesses, churches, a middle school and the national parks building were all vandalized with spray paint sometime Monday night, or during the early hours of Tuesday morning.

Just before 9 a.m., the Del Norte Sheriff’s Office received a call that someone had graffitied the exterior of Grace Lutheran Church, which sits just outside city limits at 188 E Cooper Ave. Twenty minutes later, Crescent City Police responded to a call that another church about a mile away, Saint Joseph Roman Catholic at 319 E St, had also been tagged. The authorities soon discovered similar graffiti all over town.

The police are reviewing footage from security cameras throughout the city to track down the vandal, said Griffin. Some of the tags included the number “210,” which leads police to believe that the suspect could be an out-of-towner. That area code serves the greater San Antonio, Texas area.

A sign for the Grace Lutheran Church at the corner of Cooper and Meridian had been spray painted over. It read, “Y’all are sheep.”

If you have any information regarding the vandalism, contact the Crescent City Police Department at: (707) 464-2133