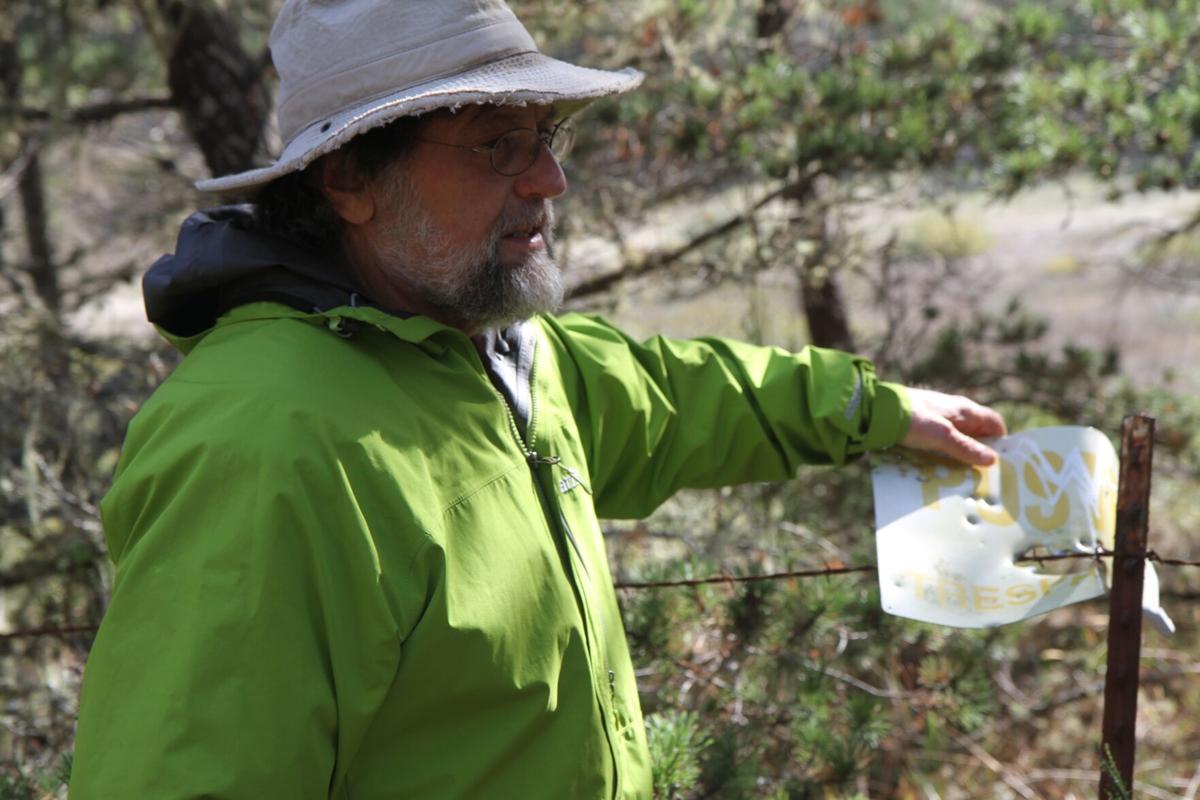 Tedd Ward, Del Norte County Solid Waste Management Authority director, replaces a no trespassing sign that has been shot up by vandals, on a fence along Heights Access Road leading to the former Crescent City Landfill. 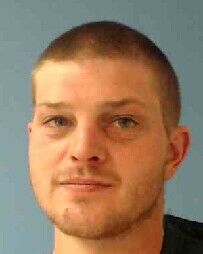 Tedd Ward, Del Norte County Solid Waste Management Authority director, replaces a no trespassing sign that has been shot up by vandals, on a fence along Heights Access Road leading to the former Crescent City Landfill.

The Del Norte Solid Waste Management Authority was forced to address security concerns and legal actions at its Oct. 20 meeting, two weeks after its director Tedd Ward was assaulted on the property.

Del Norte County Undersheriff Randy Waltz said Phillips, 25, was arrested at his residence Oct. 10 on Old Mill Road. According to Waltz, Phillips faces several charges related to the assault and others from previous outstanding warrants, including assault with a deadly weapon with great bodily injury, robbery, battery with serious bodily injury, force or assault with a deadly weapon that’s not a firearm, failure to appear after a written promise, obstruction and resisting, and possession of controlled substance paraphernalia.

Rice said at the commissioner’s meeting that since Ward’s assault is one example in a series of incidents that jeopardized the safety of other staff members, a restraining order can apply to all authority employees.

Ward said in his report to Del Norte County Sheriff’s office that he was off work and taking a stroll along Heights Access Road, Oct. 8. When he heard ATV engines, Ward began filming on his cell phone then spotted Phillips emerge from an adjacent trail on an ATV. Ward called 911 and when Phillips saw him, he and a second, unknown suspect, accelerated at him, narrowly missing. Phillips then dismounted his ATV and, when Ward would not relinquish his phone, he allegedly assaulted Ward. Ward said he received 40-50 punches, eventually suffering a broken rib and collapsed lung.

Ward said the narrow lane provides little escape from a determined assault, as it’s lined by a barbed wire fence. He was able to eventually duck through the fence and escape into the brush.

He would spend that night in surgery at Sutter Coast Hospital.

“It’s very disappointing,” Ward told The Triplicate. “This is a bad situation we have to deal with. We have a lot of challenges in our agency, recycling work, trying to recover organics, to try to deal with regular activities of our work.”

The DNSWMA staff have had ongoing security issues with trespassers, including Phillips. Krya Seymour, facility and programs coordinator, told The Triplicate that on Sept. 1, she and her coworker encountered the assailant and a female both riding ATVs.

“We heard them, packed up our equipment and got back in vehicle with the intent to gather evidence, because we’re sick and tired of ATV marauding,” Seymour said.

Seymour said trespassers use drainage structures for target practice, creating a constant battle of maintenance from the vandalism.

During the incident, she called 911. Seymour said a deputy spoke to Phillips and his companion and were told not to be here.

However, she said after they got their warning, they remained nearby on their ATVs, revving their engines, waiting until the deputy left. And once he did, they came right back on property, Seymour said.

“We’re both in the neighborhood,” Seymour said. “We live close to where there’s shooting. This is our backyard. This goes on all night long. It can start at 3 a.m. until it gets light. There is shooting, fireworks and what sounds to me like bombs.”

He said the stricter trespassing ordinance would be similar to what they have at the Del Norte County Regional Airport.

“That will enable State Parks to be a little more aggressive in enforcement, which is what they’re prepared to do,” he said.

He added the DNSWMA commission is looking into extra security, including a partnership with the Sheriff’s office. They will also discuss at a special, closed session meeting Nov. 4 possible property acquisition adjacent the landfill to reduce illegal access points.

The Crescent City Landfill operated from 1977-2005 and closure construction was completed in 2006. A chief reason it was closed, Ward explained, is by definition, a landfill is a bird attractor that is situated too close to the airport.

“It’s a lot of land with a long perimeter to try and control,” he said.

He added the county has a 30-year post closure maintenance period.

“As long as there’s a potential threat to ground water, there’ll be somebody monitoring it,” he said.

While some of the property is okay for to walk or ride bikes through, Ward said the areas that are out of bounds are clearly marked by signs. However, he added, those just get removed or shot up by trespassers.

In addition, Ward said the landfill has had gates stolen — staff are in the process of replacing one and installing two more to create choke points so trespassers won’t be able to easily drive across the property.

“In terms of technical staff, it’s me and Kyra. Adding this cost and complication is entirely unacceptable. And we need to do something so that we can just do the work we’re supposed to do without worrying about our safety in the process of doing it,” Ward said.

He added he will do everything he can to protect his staff.

“It’s an odd situation that I’m both the director and the victim in this case. This could have happened to any of our staff. In some ways, I’d rather it be me than anybody else, but it doesn’t change my resolve that this will not stand,” Ward said, emphasizing the last few words.

Be cautious this holiday season

A surprising and very happy birthday

Be cautious this holiday season

A surprising and very happy birthday