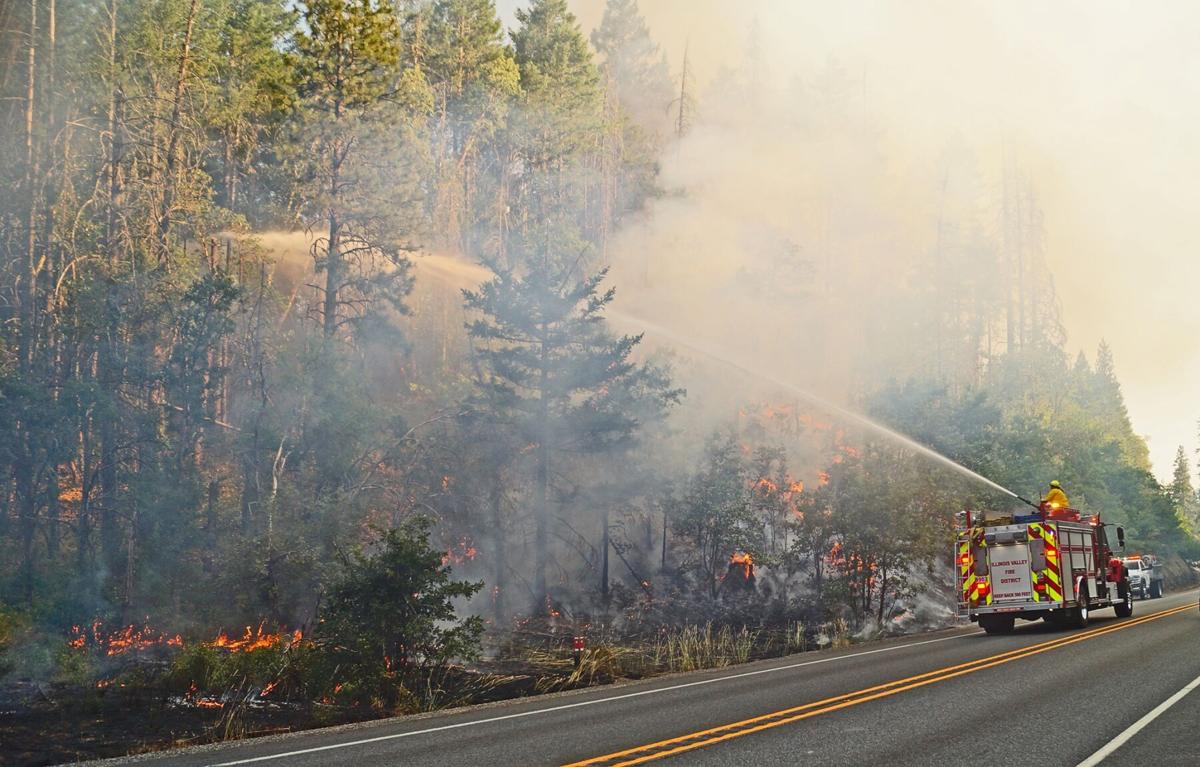 Firefighters work to knock down The Redwood Fire, which sprung up over the weekend near Selma, Oregon along Highway 199. 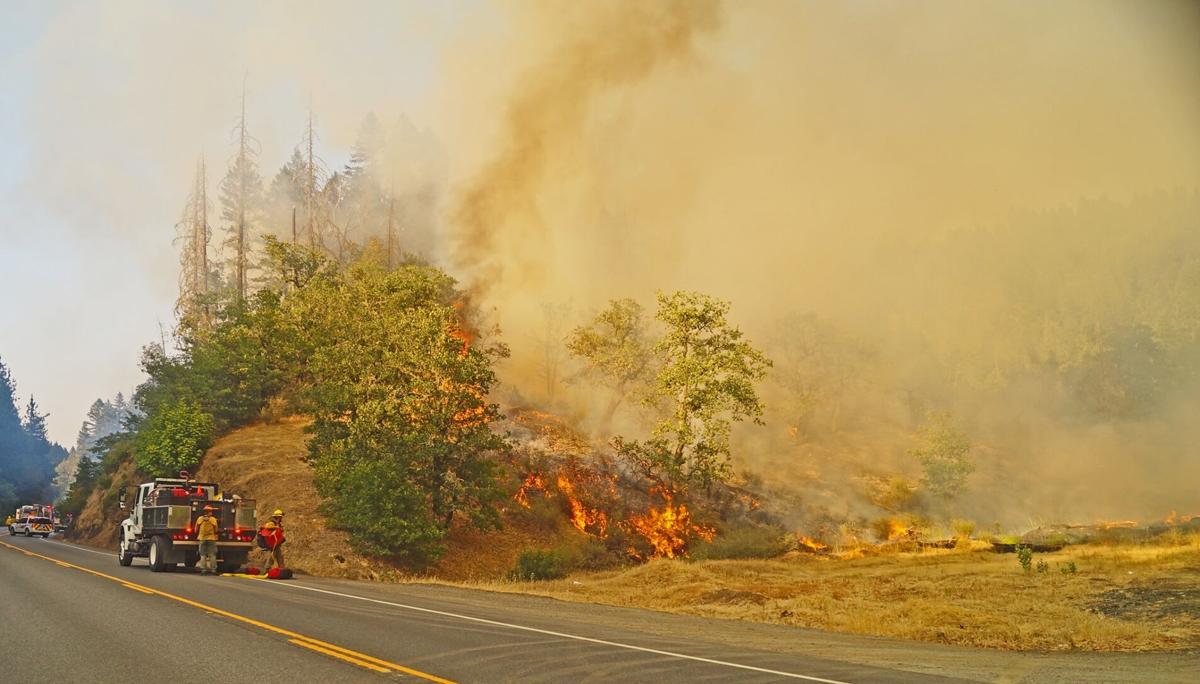 Firefighters work to knock down The Redwood Fire, which sprung up over the weekend near Selma, Oregon along Highway 199.

Around 6:30 p.m. on Saturday, a 911 caller driving along Highway 199 reported a small fire burning near the road south of Selma. The caller said the fire was burning uphill toward the surrounding forested area, according to Jeff Gavlik, deputy chief with the Illinois Valley Fire District.

Immediately, firefighters with multiple agencies responded, beginning to contain and knock down the fire. Highway 199 was then temporarily closed Saturday night to allow firefighting ground crews and aircrafts to work through the night. By 5 p.m. Sunday, firefighters were able to contain and mop-up most of the fire, and the road has since reopened.

Later that day, a small rekindle was reported within the initial burn area, however, this was also dealt with by firefighters, according to a Facebook post from the Illinois Valley Fire District.

In total, the Redwood Highway Fire burned six acres of wildlands, with no injuries or structure damage being reported at this time. Gavlik said this relatively small wildfire could have been much worse.

“With the fuel moistures as dry as they are right now, it doesn’t take much for a small fire to turn into a very large fire. Everything that the community can do to minimize the risk of a fire, which includes not using charcoal briquette fires or small campfires, is very helpful,” said Gavlik.

“Anybody that sees smoke, or a fire start, definitely call 911 and get emergency services happening as soon as possible. One little fire can turn into a significantly disastrous fire in no time.”

While the Oregon Department of Forestry is still investigating the cause of the fire, Natalie Weber, public information officer, said it is common for vehicles to start fires along roadways.

“On a roadway there's a potential for chains dragging or faulty catalytic converters, or other vehicle-related causes that are non-malicious,” said Weber.

Should employers be required to terminate employees who refuse follow the government's mask and vaccine mandates or be tested each week?

Working together to get through COVID

Working together to get through COVID