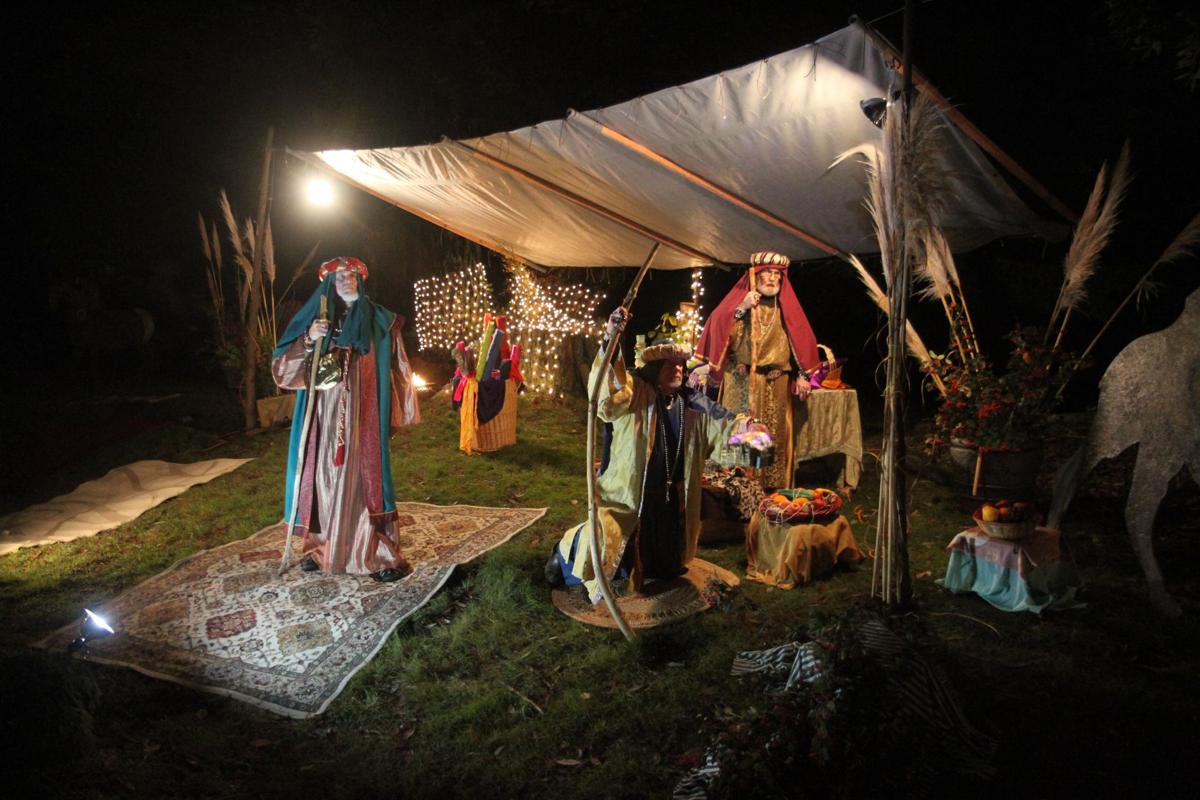 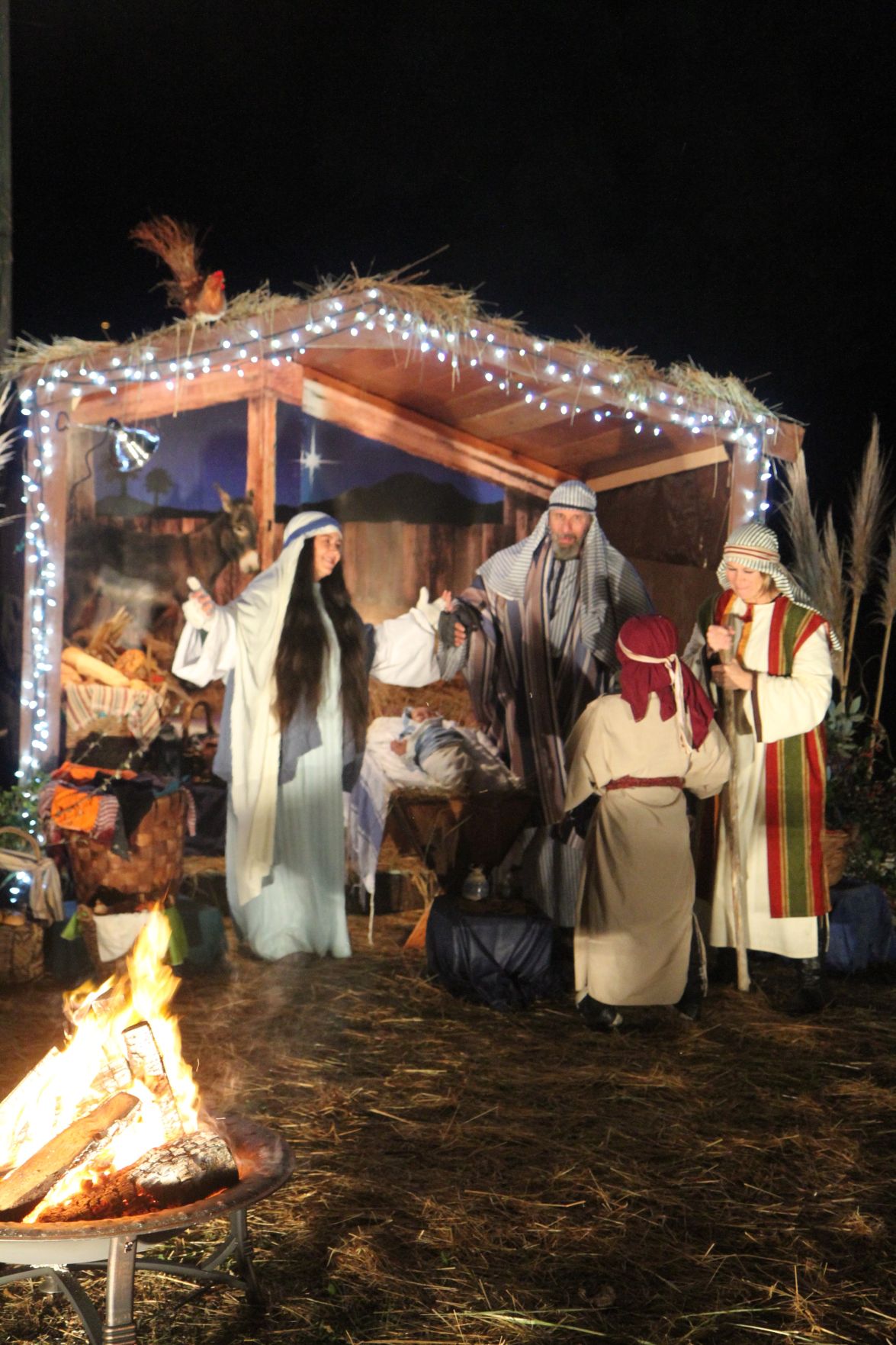 Midway between Brookings and Crescent City, along U.S. Highway 101, the night sky was lit up over the weekend to beckon motorists to witness the true story of Christmas.

Calvary Chapel of the Redwoods hosted its fourth-annual Live Nativity Scene. But this wasn’t the traditional depiction of the Birth of Christ. A full cast of actors recreated multiple scenes surrounding the tale of Mary and Joseph.

Barbara Gil, the Nativity director and wife of Calvary Chapel’s pastor, Rommel Gil, said they try to add something a little different each year – although the message remains the same.

“My goal, to be honest, is to make God smile,” Gil said. “My goal for the community is to get an idea of what Christmas really means, why we celebrate.”

She said two dozen people are involved in the production, among them actors and volunteers who maintain the fire pits, direct traffic and keep the homemade apple cider hot.

Motorists drive down the lane, past the chapel and loop back around to travel one at a time past the various depictions.

The displays include the shepherd’s field where the angel appears to Mary; a merchant selling her wares; Caesar Augustus on his throne in Rome; the manger with Mary, Joseph, baby Jesus and the little drummer boy; the three Magi humbling themselves following the star; and angels amongst the trees.

Gil said the chapel accepts volunteers ages 2 to 80. “We would accept a 2-year-old, as long as they were chaperoned by parents, to represent villagers. We wouldn’t want to turn anyone away who wanted to participate.”

This year, Gil said, they had additional help from other churches, including Solid Rock Christian Fellowship of Crescent City, Faith Christian Center of Smith River, and Cornerstone Assembly of God of Crescent City.

“I like it when other churches get involved, too, to help get back to the basics of why we celebrate Christmas,” she said.

That said, she has yet to figure out how to keep a headcount as the cars drive through the cul-de-sac setting. “I do print out a certain amount of thank-you letters and hand one out to each vehicle as it comes through. Then I count backwards from the amount I have left over, to get a total count,” Gil said.

Unfortunately, Gil said, Saturday’s attendance was lightly attended because of an abundance of local community events. “And the weather was pretty heavy,” she added.

“This probably was the lowest attendance in the four years, about 60 to 70 cars. But Sunday was a great turnout.”

Calvary Chapel of the Redwoods has been in the Smith River community for more than 30 years, Gil said, and its congregation numbers between 40 and 50 members.

She targets the second week of December, rain or shine, for the live Nativity. “The closer it gets to Christmas, the more likely people are to leave town to travel. We don’t want to take that chance to interfere with family time,” Gil said.

As she greets each motorist as they drive past the scenes, Gil said she witnesses amazing reactions, especially from men. “They come on their way out teary-eyed and thanking us so much. They’re very humbled.

“And the kids come out excited, not wanting to leave. They want to go through again.

“This year, we got a lot of new people, because we always ask them. They heard about it and wanted to experience it for themselves. Although it’s free, they always want to donate something.

“We would like as many as possible to come and experience it. We try to give back to the community.”