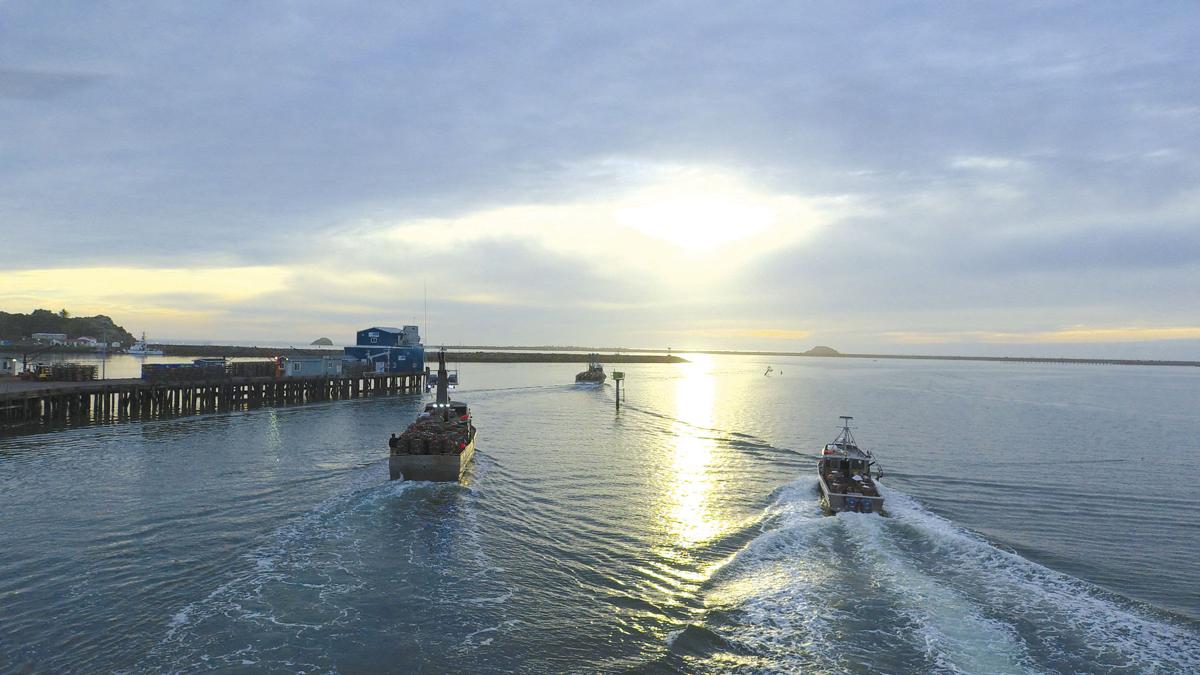 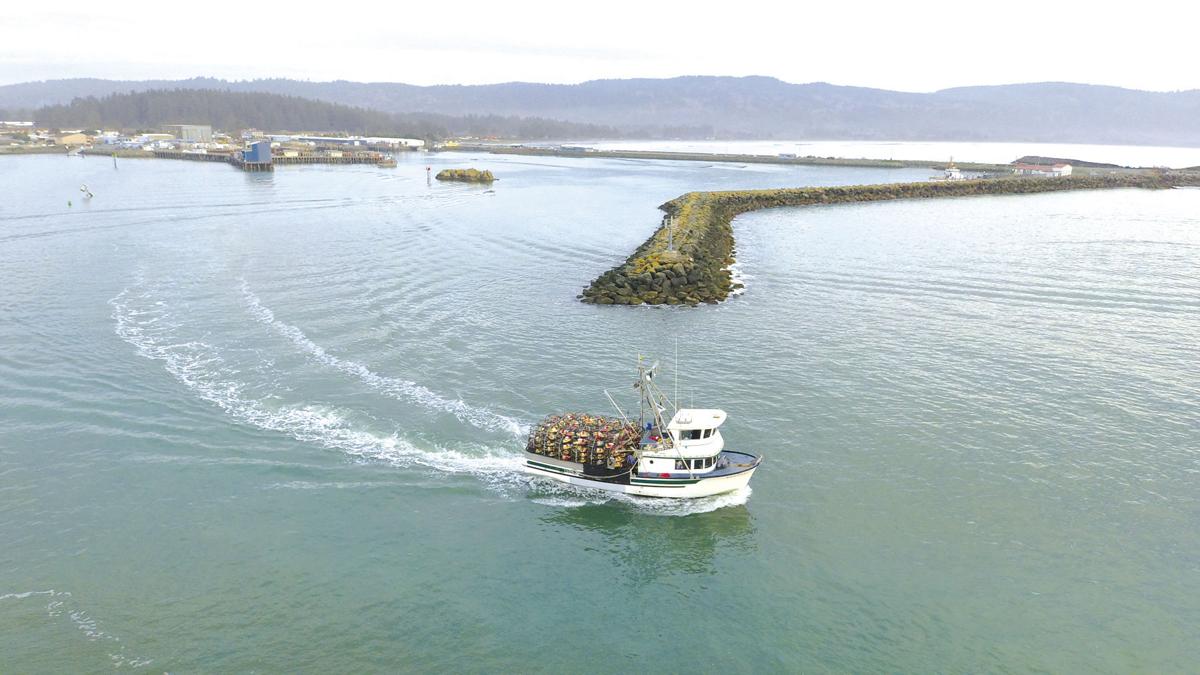 A crabbing boat heads out of Crescent City Harbor late Saturday afternoon to prepare its gear for the season’s opening Dec. 31.

A crabbing boat heads out of Crescent City Harbor late Saturday afternoon to prepare its gear for the season’s opening Dec. 31.

Crab fishermen finally were able to gather their gear and depart from Crescent City Harbor last weekend to set crabbing pots prior to a delayed opening of this year’s commercial crabbing season.

The northern California commercial Dungeness crabbing season will open at 12:01 a.m. Dec. 31, according to Jordan Traverso, deputy director of communications for the California Department of Fish and Wildlife.

Fishermen were allowed to set up their gear as early as 8:01 a.m. Dec. 28, up to 64 hours prior to the season’s officials opening.

Now, the 75 full-time crabbing boats in Crescent City can commence their business for the year.

However, anyone who has delivered a crab anywhere else this season must wait 30 days before crabbing in this region, said Crescent City Harbor Commissioner Rick Shepherd. This allows local fishers to benefit before competition arrives.

The crabbing season for Oregon, Washington and northern California – from Mendocino north – in a tri-state agreement usually is scheduled to open around Dec. 1, but was delayed this year because of poor-quality crab conditions.

It had tentatively been rescheduled to open Dec. 16, as the state’s wildlife department routinely delays a season in 15-day increments. However, the state agency delayed the north coast crabbing season’s opening once again, since testing showed the percentage of meat growth on the shells continuing to be too low.

In a final test on Dec. 17, the crab meat recovery reached 27.5% in Del Norte County and 26.3% in Trinidad, according to preseason coastal Dungeness crab results released for California, Oregon and Washington.

Crabs must fill with a certain percentage of meat before the commercial season can begin. Crabs north of Cascade Head, Oregon, must have 23% meat, while crabs south of Cascade Head need 25%.

Crabs in Crescent City, Trinidad and Eureka, as well as in Oregon and Washington, must meet the minimum-quality requirements before the season can begin in any of those regions.

The Dungeness crabbing season in the north coast has been delayed for the past two years.

Sorry, there are no recent results for popular articles.