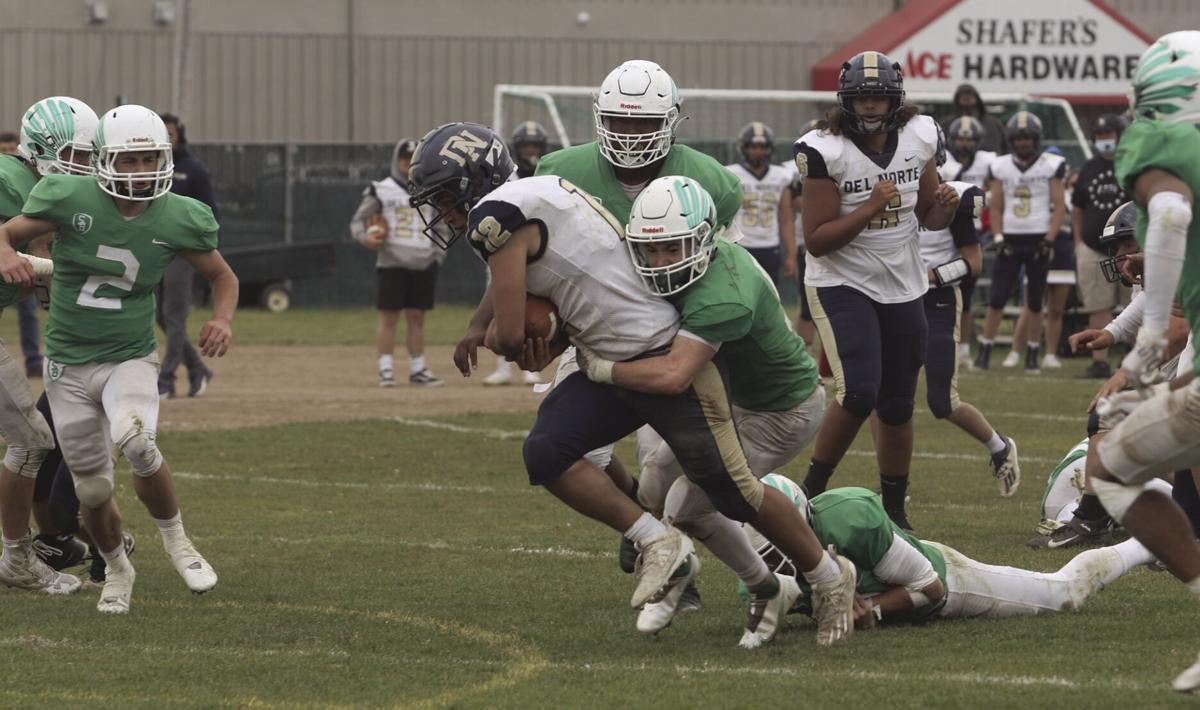 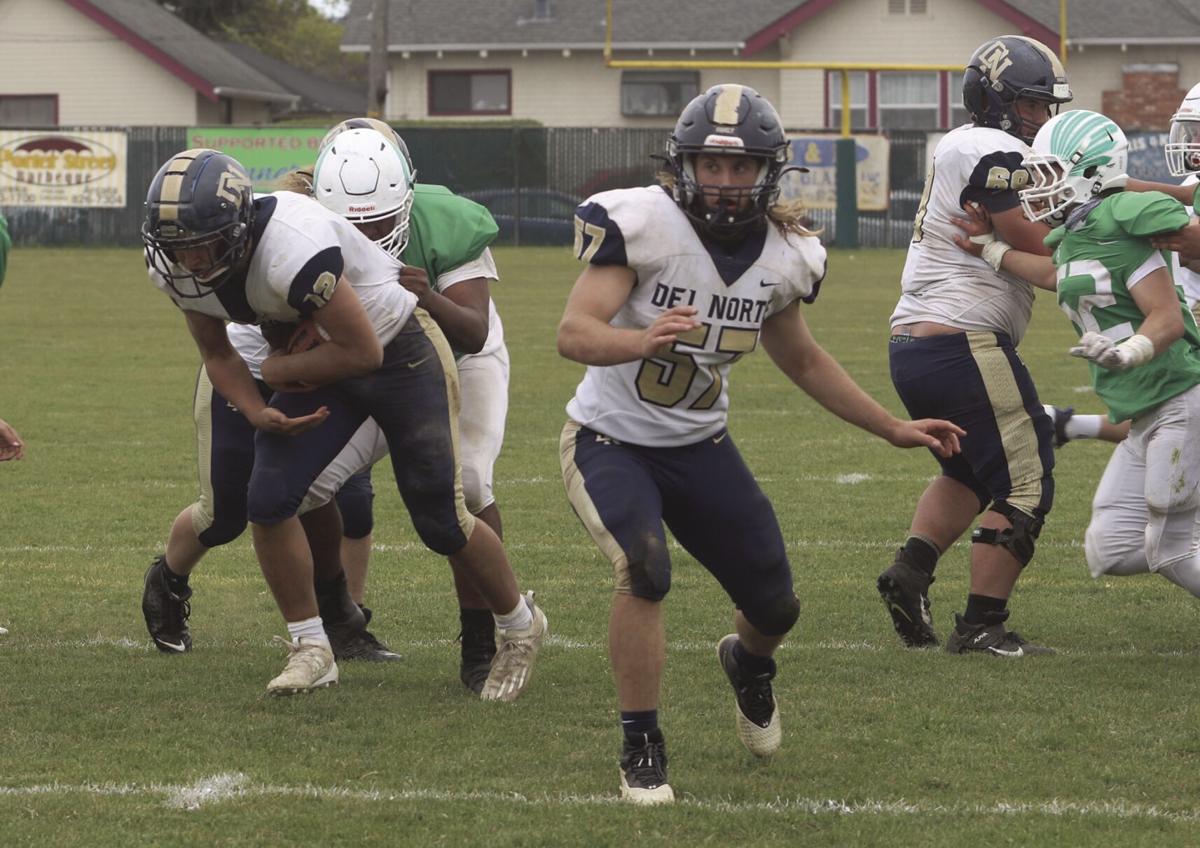 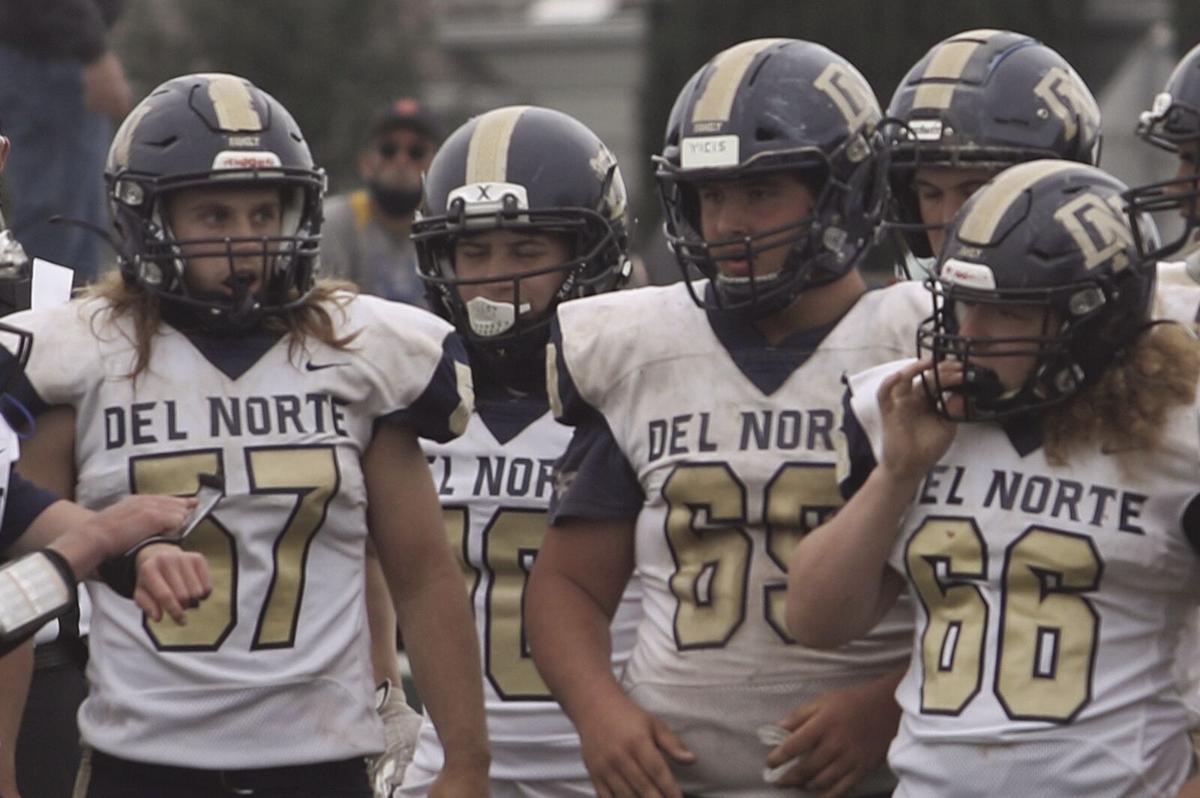 Five Del Norte Warriors have been named to the H-DNL All-League Team in football, it was announced this week.

Seniors Tanner Forkner, Kaleb Price and Mike Germain were all included, along with juniors Caleb Dodson and Sam Schauerman.

There were no league MVPs named this year because of the shortened season, but Forkner would have been considered a frontrunner for Defensive MVP if there had been.

“I think without a doubt, he was the leader of our team,” Del Norte head coach Nick White said of Forkner, who started on the offensive line and at linebacker. “He’s the ultimate kid you want on your team, and not just on the field. It’s his attitude, his leadership, his effort, his intelligence.

“Tanner, for me, it’s not even close, he was by far the best defensive player in the league.”

Price played in just three of the Warriors games this spring because of COVID restrictions, but continued to have an impact with the program, both as a receiver and at defensive end.

“He was definitely getting into his groove as the year went on,” White said. “He has elite skills that a lot of kids don’t have.”

Germain was playing for the first time since his freshman year, but settled right back in and had an immediate impact on the team.

The senior standout starred at cornerback, while also seeing plenty of time at running back.

“The good part of it is that he stuck with it,” White said. “And he did whatever we asked him to do and whatever we needed him to do. He started at cornerback for us all year and he was a huge part of what we did this year.”

The two junior all-league selections, meanwhile, are both expected to lead the way in the fall on a team that returns the majority of its starters.

Schauerman was a force all spring along both lines, while Dodson stepped in to fill the void at running back when returning league offensive MVP, Levi Cox-Cooley, was lost for the season with an injury in the opening game.

“He was our most consistent running back,” White said of Dodson, who scored five touchdowns in a season-ending win at St. Bernard’s. “He ran super hard.”

As for Schauerman, White says “he’s definitely right there with the best linemen in the league,” adding that he’s a team leader in the weight room.

All of them are expected back with the team for the fall season.

Because of the shortened spring season, there were no league champions crowned and no playoffs.

The Warriors closed out with a record of 2-2 and were 1-2 against Big 4 teams.

Each of the nine teams in the H-DNL was awarded five all-league selections regardless of record.