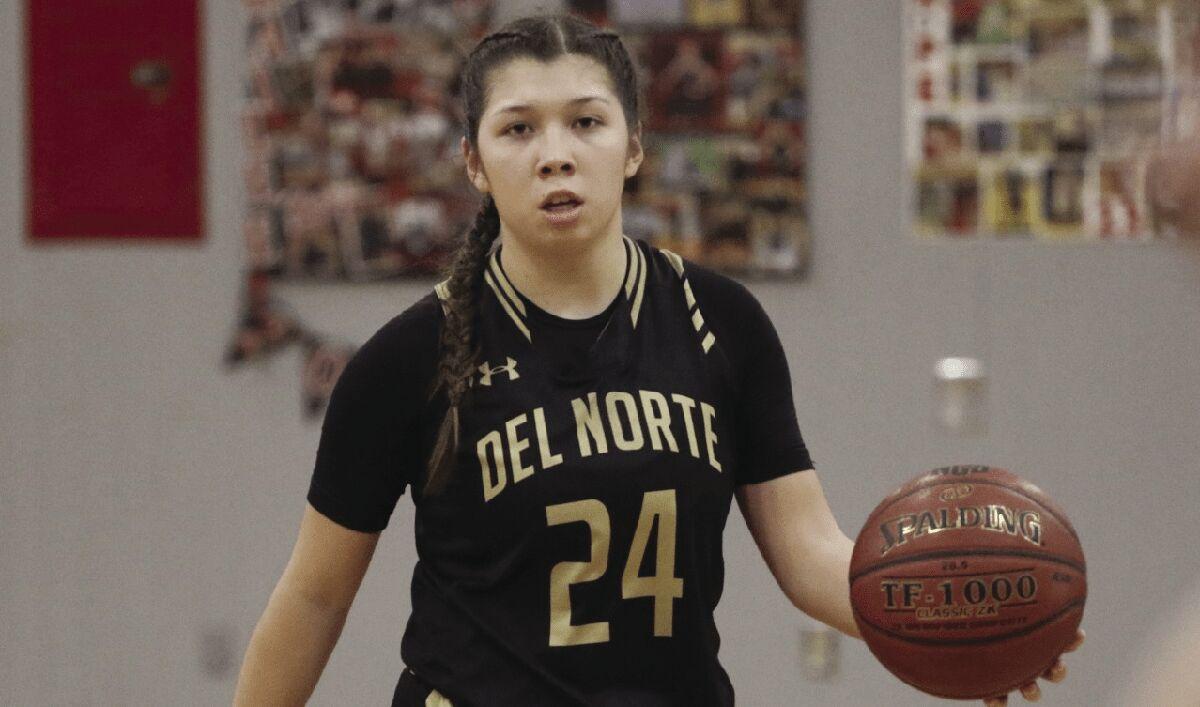 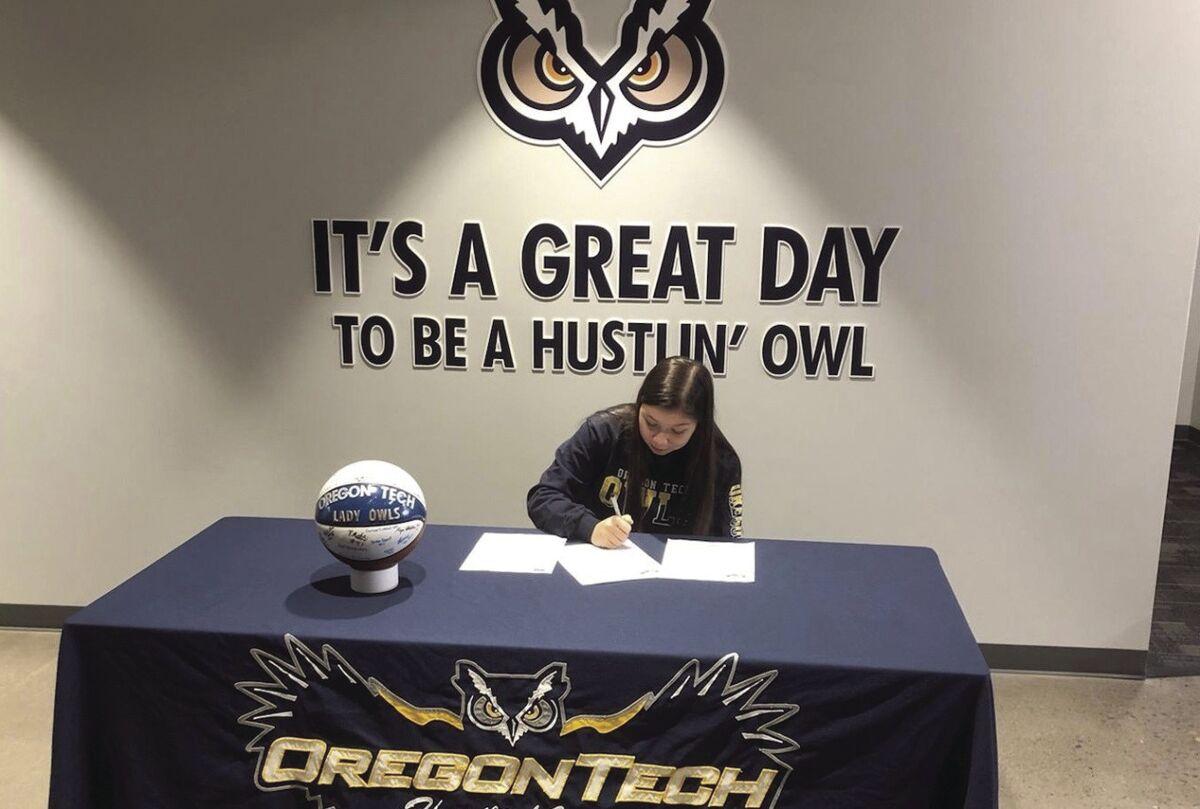 Jadence Clifton signs a letter of commitment with Oregon Tech.

Jadence Clifton signs a letter of commitment with Oregon Tech.

Del Norte senior Jadence Clifton still doesn’t know for sure if she will get to play her final season in high school basketball later this spring, but she does know where she’ll be playing next year.

The Warriors team captain recently accepted a full athletic scholarship to play college ball at Oregon Tech, signing a letter of commitment to play for the Hustlin’ Owls.

And that’s not the only big news involving Clifton recently.

Last month, she was nominated for the McDonald’s All-American Games, following in the footsteps of former teammate, Kaleya Sanchez, who also received the honor as a senior two years ago.

Clifton, the Big 5 co-MVP last season, was one of 700 finalists nominated for the prestigious showcase game.

In what has been an unusual and longer than expected offseason, Clifton has remained busy, working on her game and preparing for the season, even with all the uncertainty.

The Humboldt-Del Norte League is tentatively planning for a short season to tip off in late May, but there remain many obstacles and logistics to overcome, including mandatory COVID testing for the players.

The uncertainty, however, hasn’t slowed down the senior standout.

Jadence is also closing in on some Del Norte High history and needs just 13 points to pass Sanchez’s career scoring record at the school.

Through three seasons with the varsity team, including an historic Big 5 and Dick Niclai championship season as a sophomore, Jadence has scored 1,463 points.

Last season, she averaged 25.5 points, which led the North Coast Section and placed her among the top 10 scorers in the state.

“There’s no limit for her,” Justin Clifton said.

It also got her some notice at the college level, including some interest from Oregon Tech head coach Scott Meredith, a Humboldt County native who immediately liked what he saw from her.

“Her offensive game just jumped off the screen at me,” Meredith said. “And her ability to create a shot for herself when she’s well defended, even double teamed. She’s a very creative scorer. What she can do one-on-one you don’t often see from a high school kid.”

For Jadence, the opportunity to play for a successful program at a school like Oregon Tech was too good to pass up.

“It’s a great opportunity, not just for basketball but also to get a good education,” said the senior, who is still undecided on what major she will pursue “I’m super excited. They seemed very interested.”

And naturally she’s hoping there will be a season this year, and that she can close out her high school career with a bang.

“Hopefully we get to finish out this year,” she said. “I’m definitely looking for another league championship. When we won it in my sophomore year, that was so cool and something I’ll remember for the rest of my life.”

The team leader also likes what she sees from this year’s squad and believes the Warriors can contend again.

“We’ve got some good incoming freshmen and some good ball handlers,” she said. “We’ve got it all.”

Old cypress trees at library to be removed