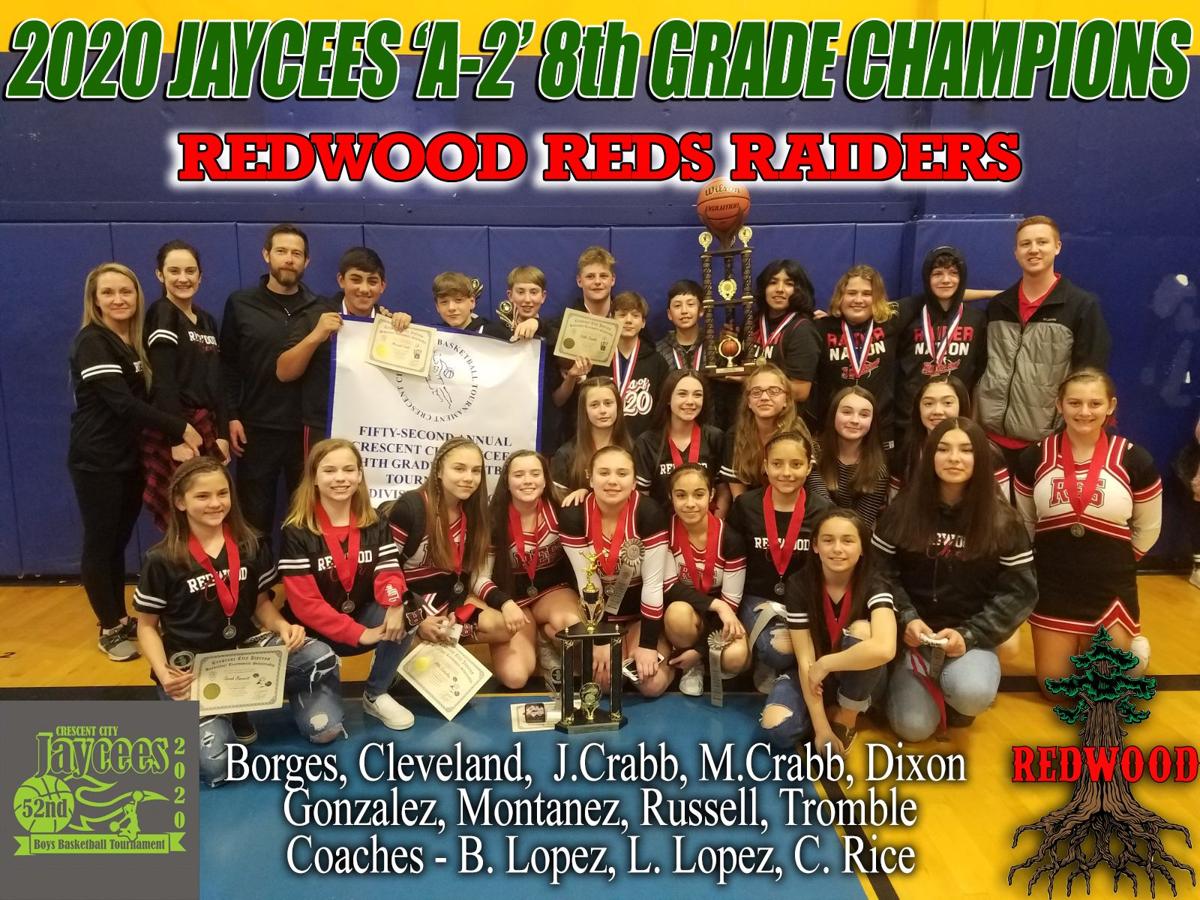 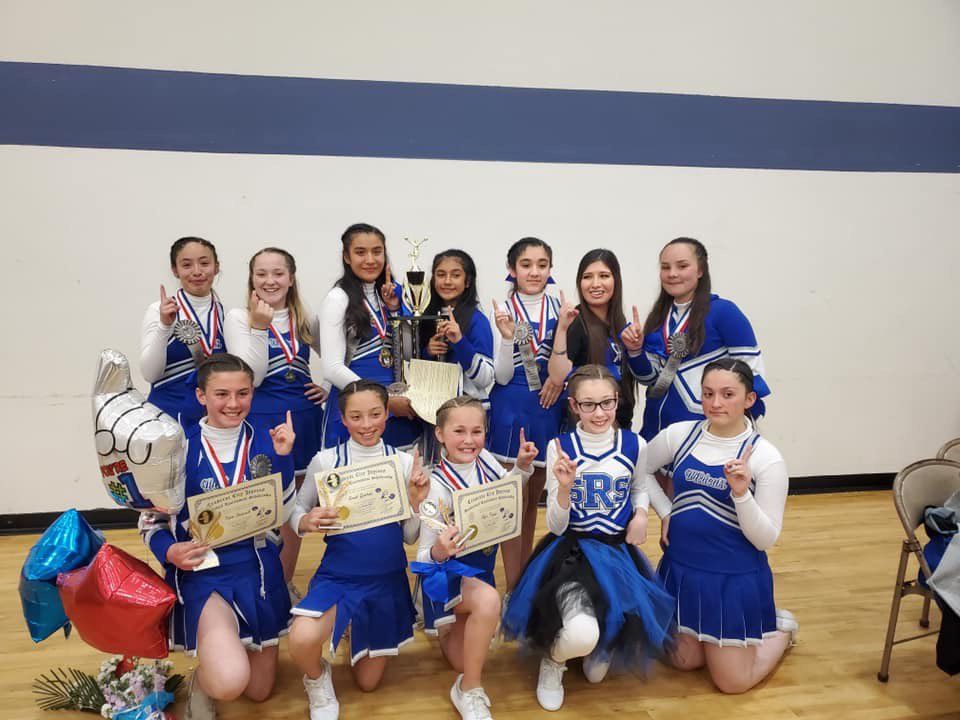 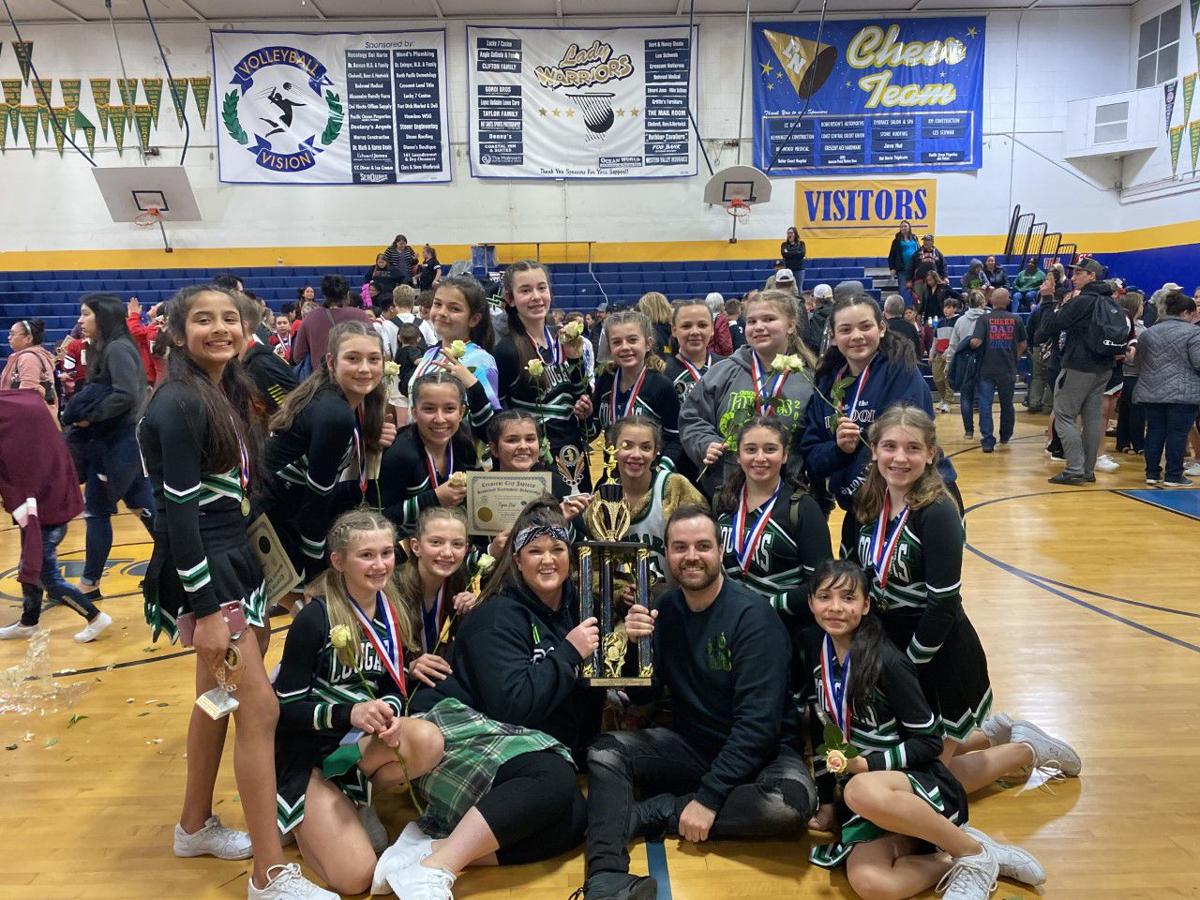 Coaches Ashley Reyes celebrates with the Smith River Wildcats squad after placing first in the B-2 Division at the Jaycees Cheerleading Competition March 7 during the 8th Grade Boys Basketball Tournament. Courtesy photo.

The 2020 Crescent City Jaycees 8th Grade Basketball Tournament last weekend featured a field of 64 teams with eight divisions of eight teams each, the most in its 52-year history.

The Redwood Reds were the lone local team to bring home first-place trophy, defeating Azalea 32-31 in the championship game of the A-2 division Saturday evening at Del Norte High School’s Thunen Gymnasium.

Smith River fell to Big Spring 48-30 in the third-place game of the B-2 division.

What is your favorite rainy day activity?

Library Column: One of the greatest inventions of society

Library Column: One of the greatest inventions of society