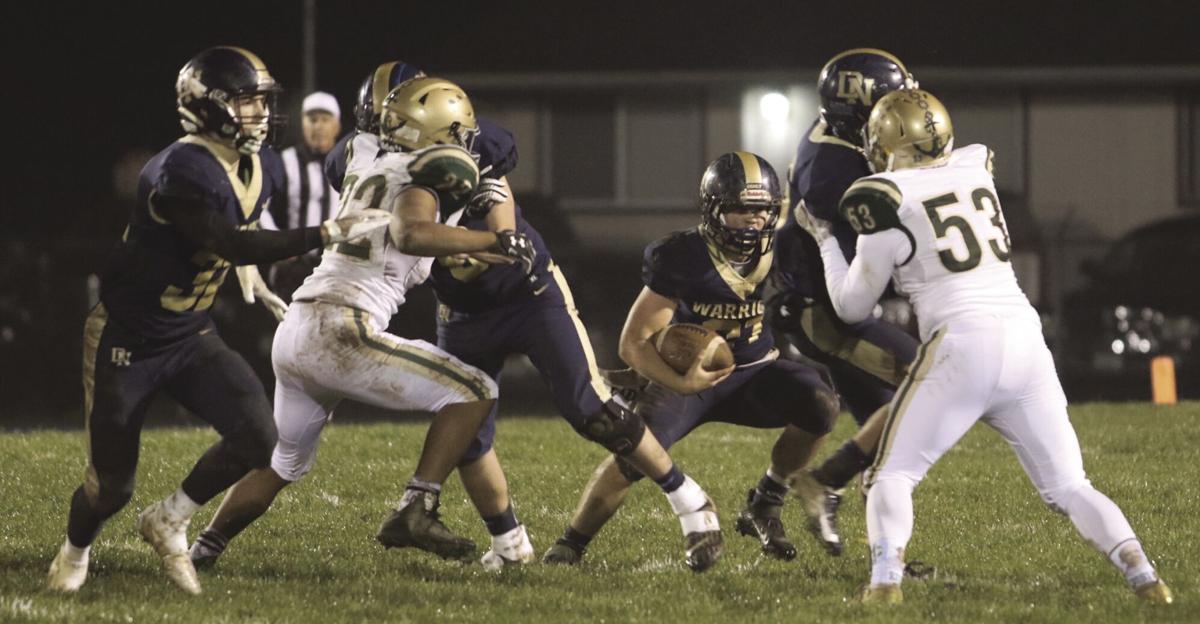 Levie Cox-Cooley rushes for yardage during the 2020 season. The Warriors will open the season this weekend. 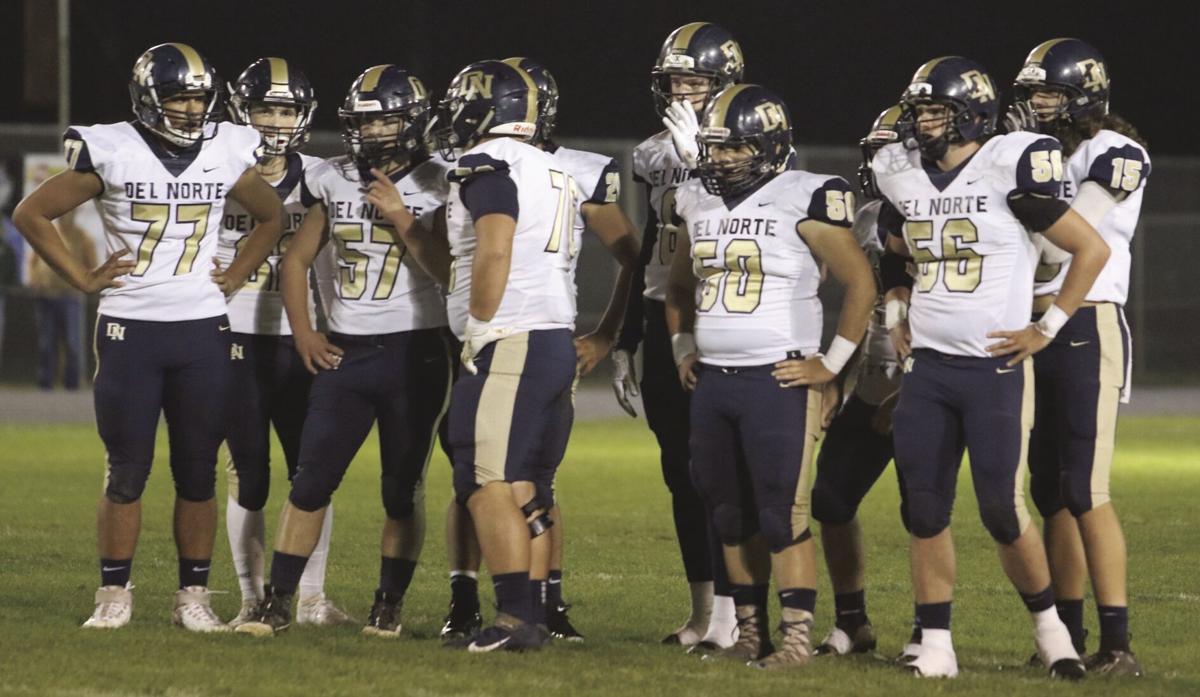 The Del Norte Warriors return a strong group of players as the season opens. 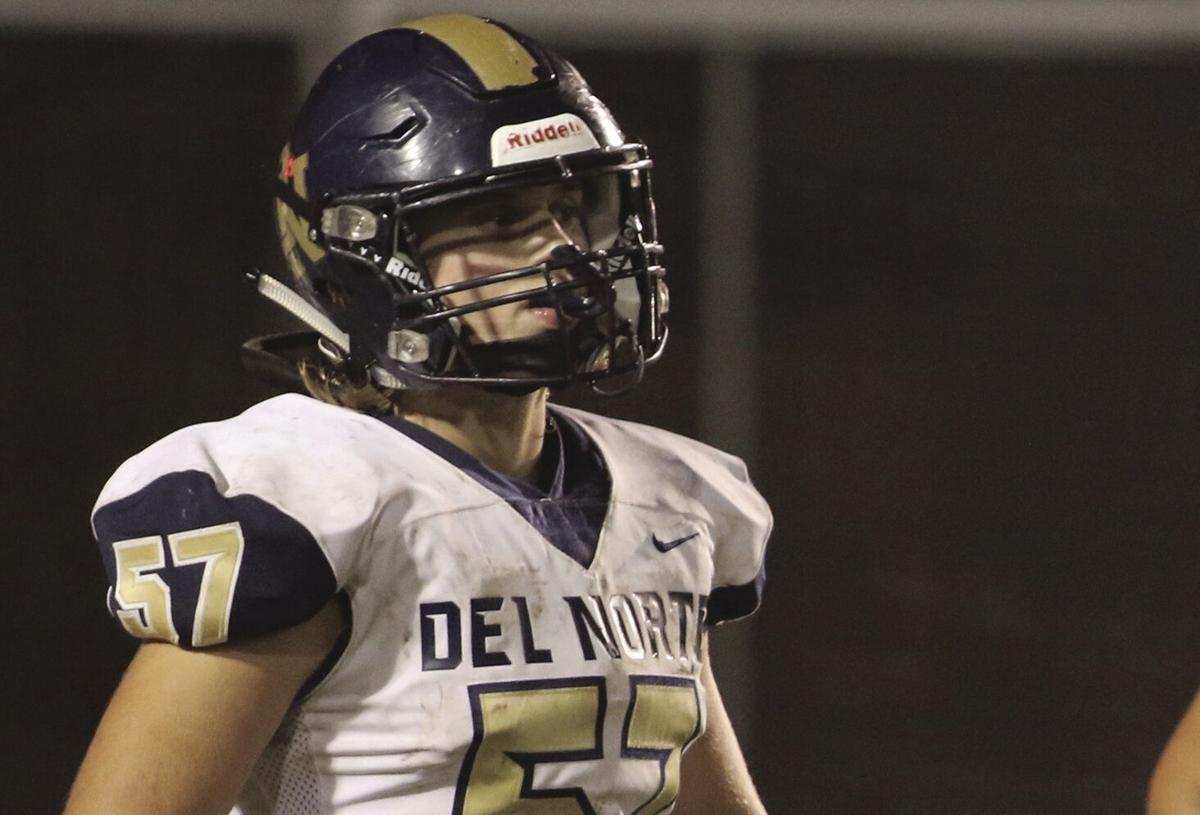 Tanner Forkner is one of the leading returners for the Del Norte Warriors football team.

Levie Cox-Cooley rushes for yardage during the 2020 season. The Warriors will open the season this weekend.

The Del Norte Warriors return a strong group of players as the season opens.

Tanner Forkner is one of the leading returners for the Del Norte Warriors football team.

The Del Norte Warriors have been waiting 15 months to play a football game. And they had to wait one more week.

The Warriors were scheduled to open the new season against Fortuna in Crescent City last Friday night, but were forced to cancel after a member of the team tested positive for COVID late last week.

The players will be quarantined until Wednesday, with the season opener now scheduled this weekend at Arcata.

According to Warriors head coach Nick White, the team has been following all protocols and he was surprised all of his players have been forced to quarantine.

“It’s just disbelief that they’ve quarantined the whole team,” he said. “I thought it would just be a few players. I don’t even know what to say. It was very surprising.”

The Del Norte JVs, however, opened last weekend, when they took on Eureka at Fortuna High School on Saturday.

It will be the first Warriors football game since the varsity team played for the 5-AA state championship in December 2019.

This week’s varsity cancelation was certainly a disappointment for the Del Norte players, who had been impressing their head coach during the two weeks of preseason practice.

“We had a real excitement about playing,” White said. “The kids were ready to go and looking forward to actually playing a game.”

White has 22 players on the varsity roster, in addition to 25 on the JV squad, with a nice blend of experience and youth.

“It’s a good mixture,” the second-year head coach said. “Our seniors were some of our main players last year. We’ve got really good leadership with a mix of young talent. And also young players that got playing time last year. And they’ve all been in the weight room and doing what they’re supposed to do.”

Returning Big 4 Offensive MVP Levi Cox-Cooley is back at running back and is expected to play a major role once again.

Last season Cox-Cooley ran for 1,667 yards on 231 carries for an average of 7.2 yards a carry, while also contributing 215 yards in receptions and 14 total TDs.

He was recently named to the CalHiSports.com Small Schools All-State Player Watch List, the only current H-DNL player named on the prestigious list and one of just eight running backs in the state to be included.

“He’s going to build off what he did last year,” White said. “He’s faster, bigger, more explosive. He’s on another level.”

On the defensive side of the ball, linebacker Tanner Forkner also returns after being named all-league as a junior in 2019.

“He’s the quintessential player you want in your program,” White said. “He’s tough, smart, hard-working, everything you could want in a player.”

At receiver, big things are also expected from senior Kaleb Price, who, according to the coach, “has really taken a huge step from what he was last year,” and has “become a leader and put in a lot of hard work.”

“I’m super proud of all the kids,” White said. “They’re really good dudes. I’d rather have 22 good ones than 40 kids that are not committed.”

Along the line, junior Sam Schauerman is another returning all-league selection and is the team’s fourth captain along with Cox-Cooley, Forkner and Price, while fellow junior Giancarlo Desolenni will start at middle linebacker and has been impressing his coaches.

“He’s like a heat-seeking missile,” White said of Desolenni. “He goes hard, and when he gets there there’s going to be a collision.”

The weather is getting pretty nice out there ... What is your favorite nice weather activity?