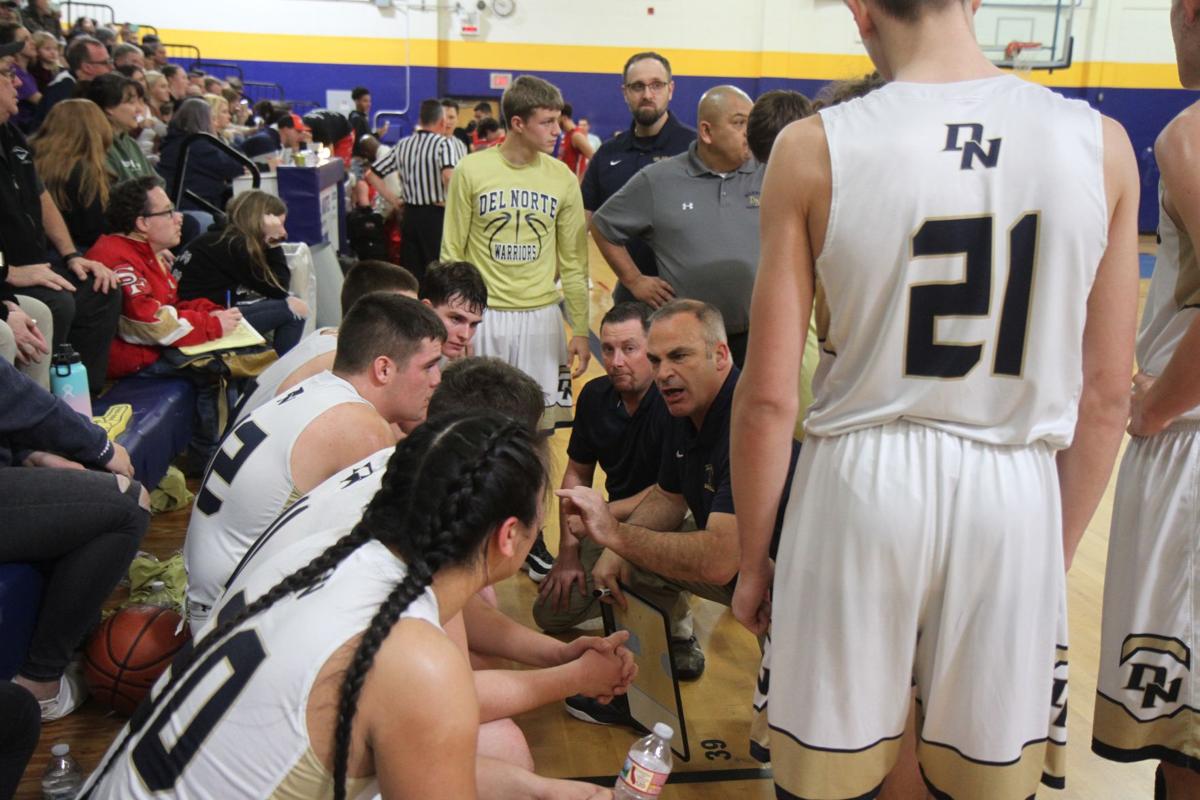 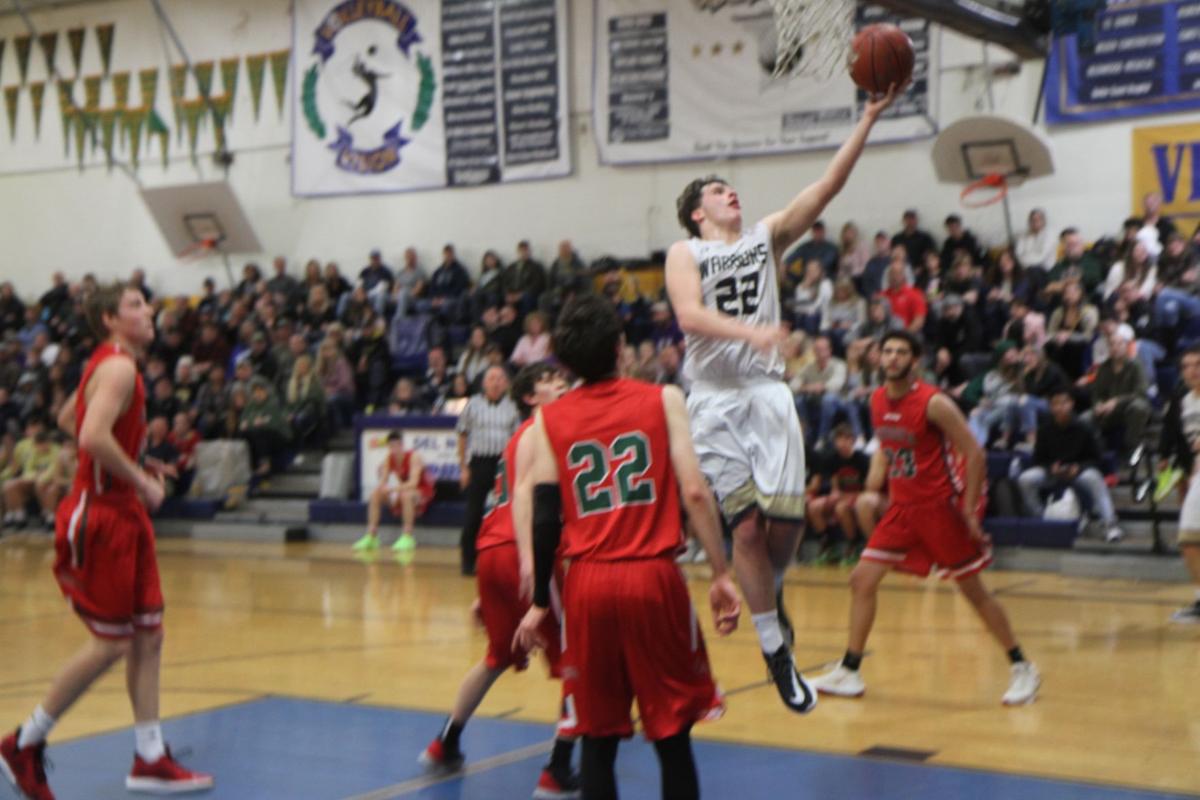 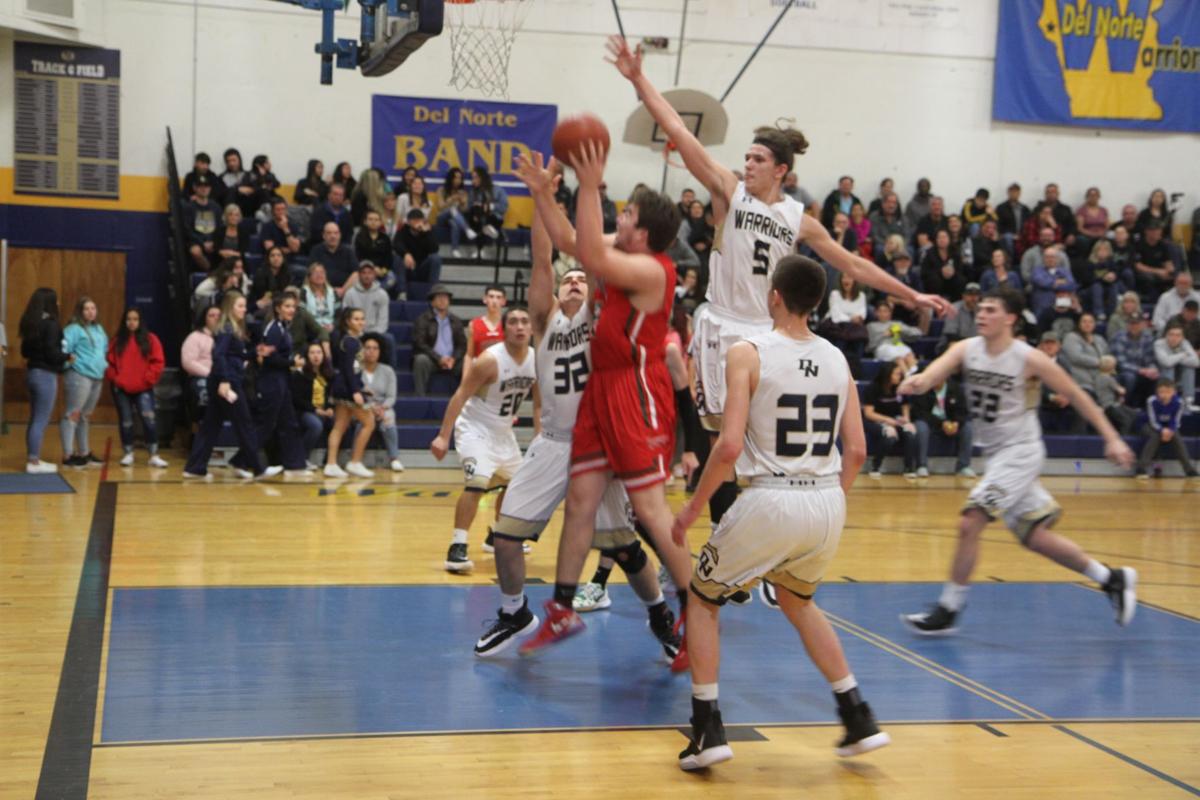 When Marc Slayton took over the Del Norte High School boys’ basketball program this year, he inherited a balanced Warrior squad and a high bar set by his predecessor, Blaine Lopez.

Lopez led Del Norte in a couple of stints as head coach for more than a decade. Last year, he guided the squad into the second round of the North Coast sectional playoffs.

“We’ve been in the North Coast sectional for a number of years in a row,” Slayton said. “I can’t remember the last time we weren’t in the playoffs.”

He credits this year’s hot start - 16-1 overall and 5-0 in Big Five league play - to a solid squad of returning players. “We started in great shape with a roster full of good players. Blaine left us a with a full tank.”

Slayton said the Warriors are not an overly big team, so they’ve had to develop a style of play that exploits their strengths on defense and rebounding … and a trust in each other.

For example, on a Friday night when leading scorer Banuelos managed just three points against Eureka, Slayton stepped into the void to lead the Warriors with 23 points in a 54-47 victory over the Loggers.

“Banuelos demands so much attention from the other team that they don’t let him loose very often. The team defense and rebounding then require a maximum effort,” Slayton said.

He added that Price, a 6-3 post player, has been a revelation this season, doing a yeoman’s job on the defensive end in blocking and changing shots, and rebounding.

Slayton said that at the beginning of the season “some survey in Humboldt sports picked us to win the league,” and he’s pleased with how the Warriors have responded to the hype.

“We definitely like to get back, play defense, rebound and push the ball,” Slayton said.

“We’re small enough to run on offense and we’re willing to shoot the three, but we’re not afraid to pound it inside, either.”

Slayton also credits the support from the community, noting that last Friday’s fan appreciation night added only slightly to the packed gym’s home game against Eureka.

“The thing is, when the community does support a program this much, our duty is to play as hard as we can for the fans,” he said.

With just four regular-season games to go beginning Tuesday night at St. Bernard, Slayton said that in a league this tight, Del Norte can’t look past any opponent.

“There is no such thing as an upset. As long as we don’t stub our toe, or Arcata stub their toe, it could come down to the final game of regular season for the league title,” Slayton said.