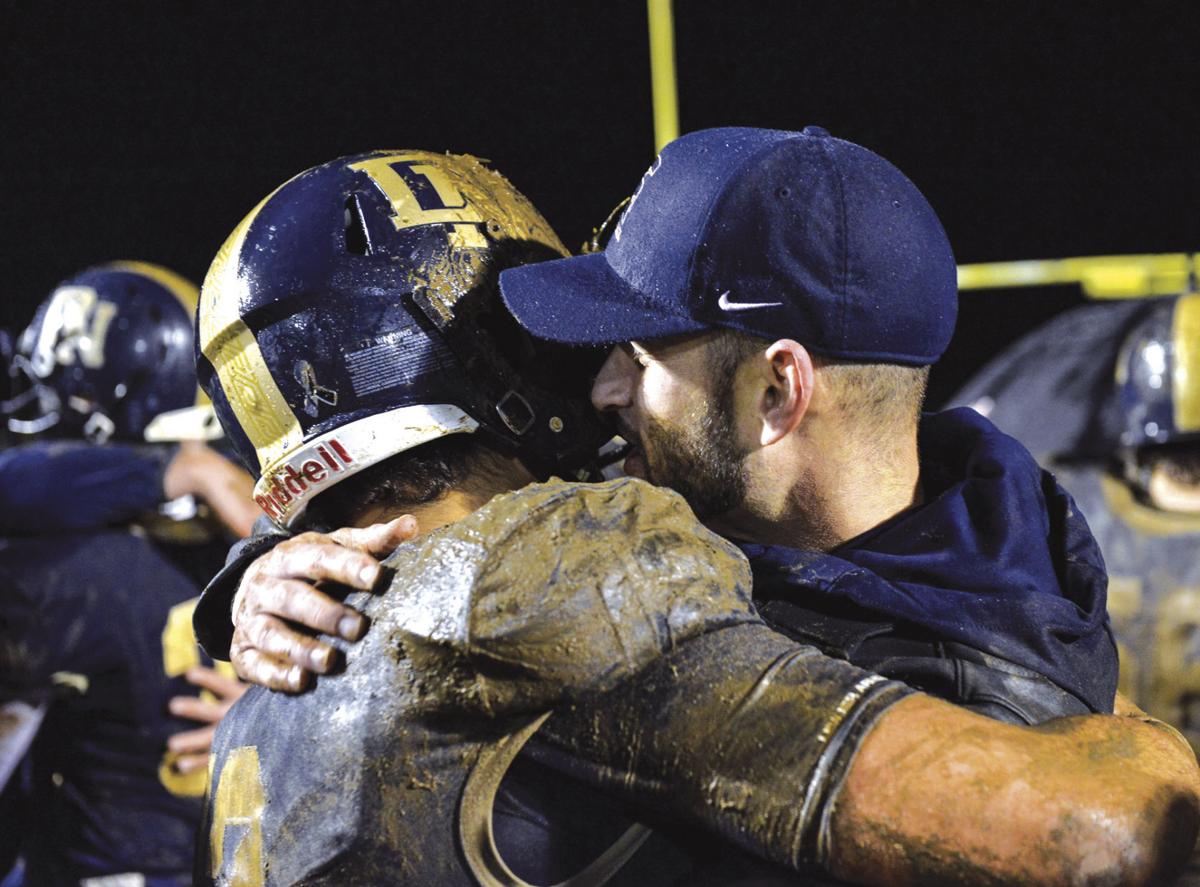 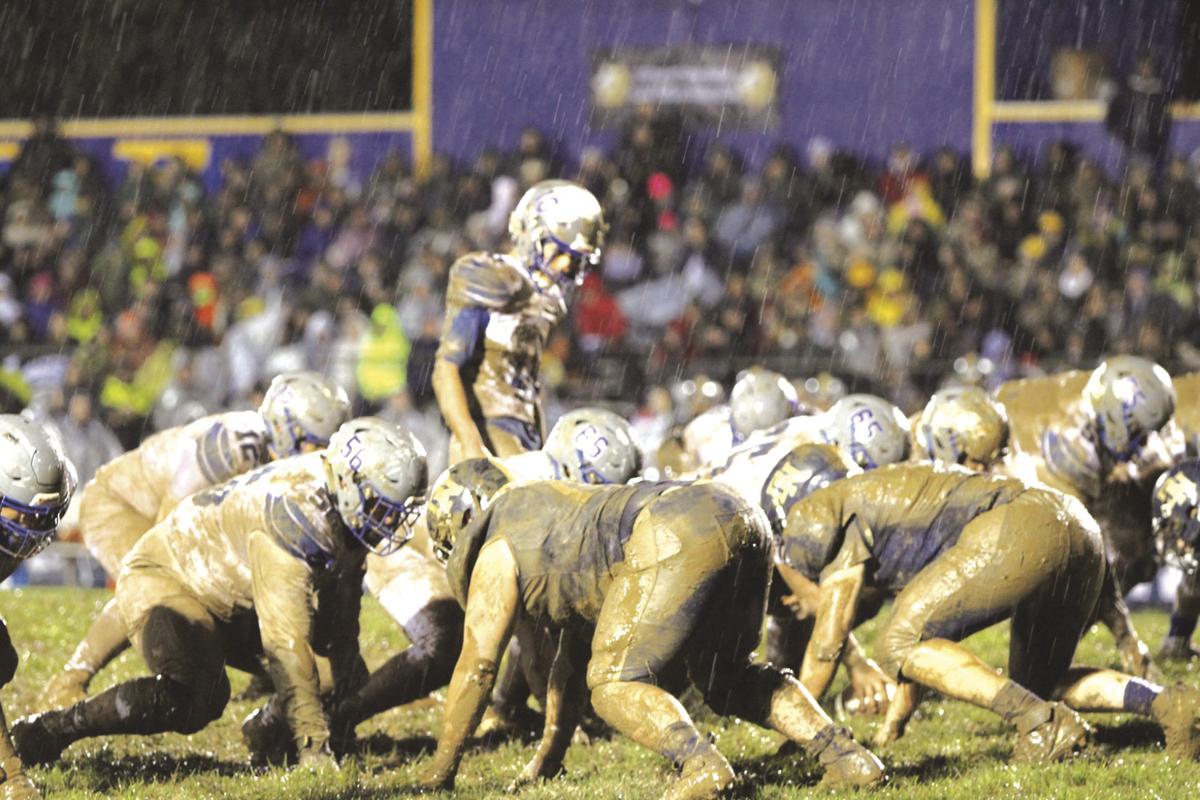 It’s hard to tell the players from the mud as they line up for the next play.

It’s hard to tell the players from the mud as they line up for the next play.

When Del Norte High School football coach Nick White looks back at the 2019 season, it won’t be the wins, the losses -not even the championships - that he’ll remember the most.

“Honestly, it is how tight, how close-knit this team is,” the first-year coach said. “The bond is the biggest thing I will take away.”

Simply put, it was the greatest season in Warrior history.

No other Del Norte football team had ever captured those titles.

The Warriors also won their third Big Four Conference crown in the past six years.

The seeds of this successful season were planted back in 2017, when then-coach Lewis Nova moved six sophomores up to the varsity, five of whom were still with the program this year as seniors. The Warriors finished that year with a 3-7 overall record, although even two of those three wins were forfeits.

Nevertheless, Nova said, he and his staff saw something special in that group despite the team’s record. “It was the commitment,” Nova said. “On Mondays, they were always ready to go to battle. They had that consistent attitude of wanting to get better.”

In 2018, Nova directed the Warriors to a 9-3 record, reaching the semifinals of the North Coast Section playoffs only to lose to eventual champion Fortuna.

Then, Nova stepped down for health reasons. But he had left his successor with talent in the cupboard. Moving into the job was White, who had coached first under Ray Rook, then in 2018 under Nova.

With the rest of the coaching staff remaining pretty much unchanged, White and his crew put together a team that started strong and improved throughout the season, the only hiccup a road game against a good Mazama team in Klamath Falls.

“This coaching staff has put in a lot of work, spent a lot of time together,” White said. “We love being around each other.”

Del Norte’s strength coming into the season was thought to be its offensive and defensive lines. But of its top nine linemen, five were sidelined for large parts of the season. It didn’t seem to really matter. The Warriors simply plugged in the next man and kept gaining yards and compiling victories.

Noah Yang in particular proved to be invaluable when the injuries began to pile up. Chance La Fazio did the same thing on the defensive line.

Those five seniors who had played varsity ball as sophomores - Kobe Mitchell, Nick Freeman, Luke King, Anthony Slayton and Eli Larson - were joined by 10 other seniors in 2019. Almost all played key roles during the season.

Some were expected to be standouts: Chase Blackburn, O.J. Calleja, and Kai Baugh all lived up to expectations.

Others surprised. Coach White raved during the season about the growth and defensive prowess of Connor Long and Nick Freeman. Kicker Kenji Adams-Lee was almost perfect.

Gio Gonzalez was a force on offense in the first half of the season, then played lights-out defense in the second half.

Add in the special-team exploits of Alex Dodson and Mike Weiland, and the result was historic.

“It’s a special group of kids,” White said. “As far as leadership, they took this team where it needed to go.”

While it was a senior-dominated team, the Warriors developed the talents of the juniors, sophomores and even freshmen, especially in the postseason. That bodes well for the future.

Junior Levi Cox-Cooley rushed for more than 1,600 yards, by far the most this decade by any Del Norte running back.

Offensive lineman and inside linebacker Tanner Forker was critical physically and emotionally for Del Norte on both sides of the ball.

Kaleb Price led the team in receiving and turned into a hard-hitting safety on defense.

Sophomores Sam Schauerman and Trevor Freeman both were first-rate on both sides of the ball, until injuries ended their season. And freshmen Jacob Dane and R.J. Loftin played far beyond their years during the conference season and into the playoffs.

With just four juniors on this year’s varsity roster, the 2020 edition will be young - but with all the playing time this year’s underclassmen received, it will be surprisingly experienced.

It’s also worth noting that Del Norte’s junior varsity was more than solid this year, with a 5-3 record that would have been 6-2 without an unfortunate forfeit loss.

What are your thoughts on enforcement of government rules about wearing a face mask because of COVID-19?

Please choose the option that best reflects your opinion.

It’s wildfire season: What you need to know about air quality